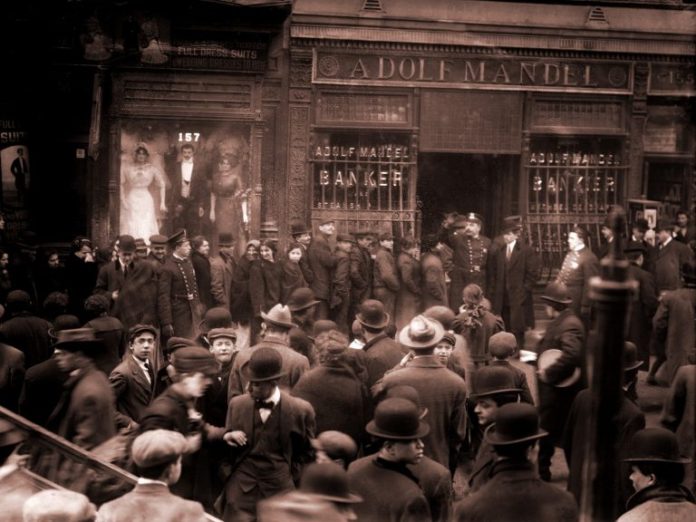 The collapse of three banks on three different continents indicates a new global crisis is brewing. But it may also show that the last one never really ended and the tools used to manage the global economy simply don’t work.

Also read: Side Effects of Economic Growth: Is Snowden Right to Say Bitcoiners Shouldn’t Be Bankers?

US Bank Fails for the First Time Since 2017

More than 10 years have passed since the collapse of Lehman Brothers, which burned almost $10 trillion in market capitalization in global equities within a month. Back then, it was determined that banks, large and small, had gotten themselves into trouble with mortgage-backed securities, the price of which turned out to be significantly overestimated.

Now, following waves of quantitative easing and huge bailouts for those deemed “too big to fail,” indications have emerged that the traditional banking system is heading towards its next big disaster. The main question that remains to be answered is what the trigger will be.

Analysts have warned it may be the record high level of global debt currently standing at well over $240 trillion, which is three times the size of the global economy. Others are pointing to China’s deeply indebted financial system. Europe’s banking sector, as deleveraged as it may seem, still has its unresolved issues, especially acute and chronic in some countries of its southern flank. When America sneezes, however, the world usually catches cold, as the saying goes. This year, the U.S. registered its first bank failure since 2017. On the last day of May, the Texas Department of Banking closed Enloe State Bank. The Federal Deposit Insurance Corporation (FDIC) then took steps to arrange the assumption of the bank’s insured deposits by Legend Bank, N.A. The FDIC maintains a database of all U.S. banks that failed since Oct. 1, 2000. It’s a terrifying list to go through as it has 23 pages of institutions that for various reasons were forced to abandon their business and seek rescue. The table contains the name of the troubled bank, the city and state it’s based in, its certification number, closing date, and the acquiring institution. The list already has a staggering 556 entries added since the beginning of the millennium.

Undoubtedly, the fact that in 2018 no bank failed for the first time since 2006 indicates that the banking sector in the Untitled States has strengthened since what’s now often called the Great Recession. But the fact that a bank went down this year shows there are still underlying problems and weaknesses in the market that have to be addressed.

The industry has been consolidating as most troubled banks have been bought by bigger institutions. On the backdrop of economic expansion, corporate tax cuts and new safety measures, it’s been reported that the six largest of them are expected to reach a record profit of more than $100 billion. The question is, will bigger be better when the next crisis hits?

Despite some positive changes implemented in the past decade, the traditional banking system is still facing numerous challenges that are mounting once again. Europe, where a more conservative approach to dealing with the 2008 troubles created a generally safer environment, is still struggling to overcome the problems that have dogged banks in many of the southern member states of the European Union which took a hard blow from the global financial bust 10 years ago.

After governments commissioned huge bailouts and introduced stricter regulations, the capital balances of many European banks improved. Countries such as Greece and Italy, however, continue to register a high proportion of bad loans. At the same time, unlike the United States, larger banks in these and more stable economies are experiencing low profits due to not only the large share of non-performing loans, but also the unprecedented low interest rates across the Eurozone and the larger EU. Between 2007 and 2009, financial institutions, from Ireland to Austria, had to be saved by governments or acquired by banks in better financial condition. The heightened standards players in the industry were obliged to meet and the new rules they now have to comply with improved the stability of surviving banks, increased their capital ratios and reduced the share of bad loans in subsequent years. Still, when the European Central Bank conducted a health check in 2014, 25 out of the 130 largest Eurozone banks failed the stress test. The capital shortfall estimated by the ECB amounted to €25 billion.

Again, unlike the U.S., 2018 was not a very good year for banks on the Old Continent. Towards the end of the summer and during the last quarter they turned out to have some of the worst performing stocks. The losses reported by mainstream media were remarkable. In just four months, the price of Dankse Bank shares declined by almost 32%, Commerzbank over 31%, Deutsche Bank close to 30%, Unicredit and BNP Paribas around 24%.

However, it’s not so much about the suffering banks, which can survive, but about those financial institutions that could not make it on their own and had to be saved with taxpayer money. The case with the Italian Banca Monte dei Paschi di Siena SpA is a symbolic one. Two years ago, the oldest operating bank in the world, founded in 1472, needed almost $6.2 billion to avoid bankruptcy. The government in Rome granted it state aid to avoid triggering a nationwide banking crisis. The bailout was executed despite a report by a team of ECB inspectors, quoted recently by Bloomberg, who doubted the bank’s solvency even back in 2015. The financial institution was funded regardless of the experts’ concerns that the attempt to keep it running might not succeed. The rescue also breached the European Union’s own rules on bailout eligibility. Monte Paschi’s resurrection, considering its bad shape, is a move that undermines ECB’s credibility as a banking regulator and raises questions about accountability and transparency, when it comes to spending public funds on saving failed private enterprises. Are we going to see more rule-violating bailouts? That’s an important question to ponder if a new financial crisis is on its way.

A growing number of analysts believe the next financial crisis is likely to start from China and its indebted banking system. A recent incident substantiates these fears. Baoshang, a small lender based in the Inner Mongolia Autonomous Region, collapsed in the end of May, despite its numbers from a few weeks having given no indication that this was going to happen. According to its most recent report filed with financial authorities, the bank registered a $600 million profit in 2017. It also had approximately $90 billion in assets, while its bad loans were under 2%. But then Baoshang suddenly failed and Chinese regulators seized the bank – the first act of this kind in the People’s Republic this century – quickly blaming its owner of misappropriation of funds. Observers note, however, that the significance of Baoshang’s collapse stems from the fact that it was caused by the country’s first default on interbank obligations. It has since become very hard for smaller institutions to access the interbank lending market, on which they are heavily reliant.

And while the collapse of an Inner Mongolian bank may not sound like a Lehman-size event, in China quantity has a quality all of its own. Numerous small and medium-sized Chinese banks combined are in fact as large as the big players. All of them are now facing difficulties when trying to convince larger financial institutions they are stable enough to receive new loans.

This situation forced the People’s Bank of China to intervene and inject 600 billion yuan ($125 billion) to sustain liquidity while introducing full guarantees for all retail deposits. Nevertheless, credit has already become harder to get and much more expensive for small banks in a time of worsening economic prospects amid an ongoing trade dispute with the U.S.

Under these circumstances, one thing is sure: trust in the global financial system, based on constantly inflated fiat currencies, will continue to diminish. And while new barriers are being raised to free economic interaction, often out of geopolitical considerations, the need for an independent vehicle for global money flows will continue to grow. Whether cryptocurrencies can fulfill that role remains an open question, the answer to which may arrive sooner than many think.

What do you think about the collapse of these banks and the measures taken by governments and central banks to deal with the financial crisis? Share your thoughts on the subject in the comments section below.

Do you need a reliable Bitcoin mobile wallet to send, receive, and store your coins? Download one for free from us and then head to our Purchase Bitcoin page where you can quickly buy BCH and BTC with a credit card.

Bitmain Completes Staff Options Ahead Of US IPO, Sources Claim

Bitcoin mining giant, Bitmain, has allegedly completed the signing of employee options and will shortly undergo its initial public offering...