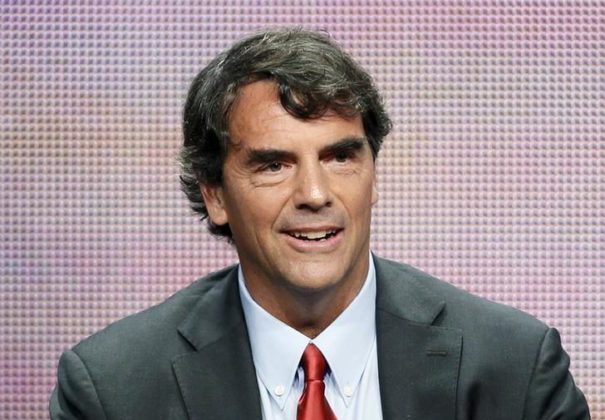 Billionaire investor Tim Draper has invested a million dollars in Aragon, a blockchain-based startup aiming to facilitate the creation and management of DAOs, and create the first digital jurisdiction. Aragon wants to decentralize power by creating a blockchain-based court system for community members to settle disputes.

Tim Draper Adds to His Crypto Portfolio
The legal system may be the next societal institution facing disintermediation by blockchain technology. Blockchain startup Aragon has been the latest crypto company to receive an investment from legendary investor, Tim Draper.
Aragon is a blockchain for creating and managing Decentralized Autonomous Organizations (DAOs). It is also setting up the first digital court jurisdiction to settle any disputes that may arise from operating in a world of decentralized organizations.
Aragon lets participants from all over the world, interact via decentralized organizations, and work towards a common goal, engage in decision making, and governance with a voting process, and settle disputes in a similar way that court systems do currently.
Tim Draper has been a supporter of Bitcoin and blockchain technology and has made several Bitcoin forecasts which made headlines. Draper also purchased a significant amount of Bitcoin from a US government auction of the Silk Road dark web market seizures.
Aragon’s digital court system is now live on the Aragon mainnet. Participants can vote or act as jurors to settle disputes using the platform’s ANT token, or DAI the stable coin of MakerDAO. SInce Aragon’s goal is more idealistic than many blockchain projects, the team has published a manifesto describing their vision.
People already hate court, is decentralized court any better?

So this is getting ridiculous. I don’t consent to my name being used like this in an app called “Court”. Aragon needs to delete this dispute so we can all move on. https://t.co/wETFTV3PXb
— Yaz Khoury

Yaz Khoury, the Director of Developer Relations at ETCCooperative, was used for an example mock trial, to test out the Aragon platform, and is already feeling the legal pressure, even if it is a simulated dispute.
In the mock Aragon trial, the dispute revolves around Khoury getting 25 DAI in Gitcoin CLR which was highlighted in Vitalik’s blog. The Aragon team’s dispute simulation is making the case both for and against Khoury being blacklisted.
Even though the decision is not a real one, and is in no way binding to Khoury, it is still rather annoying, similar to an actual court case. Khoury points out that even though the trial is a mock trial, the Aragon team plans to use its results as case law of sorts, setting digital legal precedent for similar disputes in the future.

Yeah, in a way it is harassment.
— Yaz Khoury

Participating jurors paid a 100 DAI to take part in the mock trial. Needless to say, Khoury is not amused and has asked Aragon not to use his name in their mock trial.
Do you think Tim Draper has invested wisely? Let us know your thoughts in the comments below!