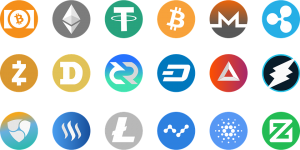 With so many great innovations already this year, the natural question is: What will make the top ICO list for the rest of 2018? By looking through the latest ICO news, we’ve picked out five hot prospects.

What is the Cypherium ICO? According to the literature, this is a new blockchain that promises to be highly scalable and permissionless. The project is the brainchild of a team with backgrounds at Google, Microsoft and Amazon. Using their joint expertise, CEO Sky Guo believes that his team has the ability to create a blockchain that few others could. Although it’s not a lock to succeed, the Cypherium ICO is certainly one of the most daring of 2018.

If you’ve read the last story about Change.org and Monero, you’ll know that cryptos can be used as a force for good. However, the story also notes the security issues not just with Monero but the industry as a whole. NEX is a company that’s looking to change that. Based on the NEO blockchain, Neonexchange (NEX) is looking to take security to a new level. Following an initial lottery, the NEX ICO is now awaiting final approval. Once it gets that, it should be worth its place on this or any other top ICO list.

Cryptos and charity are a good match, which is why the Dona ICO looks to be a safe bet when it launches on September 1st. Through its initial coin offering, Dona is hoping to make donating more efficient and transparent. One of the benefits of Dona is that it will use the blockchain NEM wallet to pool coins before distributing them, thus making it clear where funds are being sent.

Although blockchain and coin-based innovations in the creative content industry are nothing new, Qravity believes it can add to the mix. Based on the Ethereum blockchain, this token will creative types the ability to track sales and revenue as well as attract funding for their project. Although it might not be an awarded winning initial coin offering like the one hosted by Buttrfly, the Qravity ICO is likely to be a solid investment in the emerging sector of content control. This sale starts on August 12.

Anything attached the £1.2 trillion AI market has to be taken seriously when you’re compiling an ICO list. For that reason, Askabl’s initial coin offering is one to keep an eye on. Due to go live on August 20, the Askabl ICO will launch the ASK token. Anyone with ASK tokens can use them to buy services from the company’s new natural language query service. In other words, if you have a question, you can ask it in a colloquial way and the system will find the answer.

*This ICO list shouldn’t be taken as investment advice or any indication of support for any of the companies listed.

The law commission established by the order of the Indian government has issued a report recognizing cryptocurrency as a means of...