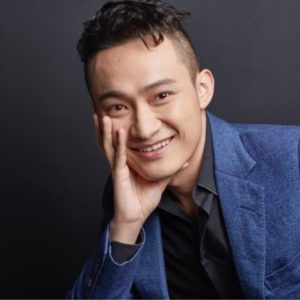 Tron CEO, Justin Sun, has received a huge amount of public backlash on Twitter for seemingly plugging his 2020 crypto event in a tweet dedicated to Kobe Bryant.

Death of Basketball Legend
Following the tragic death of US basketball legend Kobe Bryant and his 13-year old daughter in a helicopter crash on Sunday, social media was understandably flooded with an outpouring of grief from those who knew and had been inspired by the star.
Bryant was a known supporter of blockchain, and had met Sun at the niTROn convention in 2019. So it seemed only reasonable that Sun should also be allowed to mourn his passing in a tweet.
Kobe, was great to have met you in niTROn 2019. Mtg you was one of my life’s greatest honor & privilege, I’ll forever remember us on stage discussing the future of blockchain. We’ll have a moment of silence in your honor during niTROn 2020. R.I.P.
Tron CEO Takes a Beating
Okay, so mentioning where the two had met seems reasonable enough. Reminiscing about the time spent would be fine, although the phrasing ‘discussing the future of blockchain’ is perhaps a little off-key. That meeting Bryant was one of Sun’s ‘greatest honor & privilege’, could be put down to hyperbole, sycophancy, or simply a fairly sheltered life.
Even the suggestion of a moment’s silence at niTROn 2020, could potentially be considered respectful… in isloation. But the whole lot together seemed to rub people up the wrong way.
It only took half an hour for someone to  point out that, “using his death as a marketing tool is in really bad taste.”
“Way to promote your product twice in a memorial,” posted one commenter, “Why not just talk about Kobe without you ?” said another, while someone suggested that, “For Justin Sun, everything is a path to a market.”
“Have you no shame?” was the simple message left in GIF form by one user.
The Boy Who Cried Wolf
To be fair to Sun, he had every right to address Bryant’s death, and remember their time together. Perhaps it is just that he has such a reputation for shilling at every opportunity, that nobody realised that this was a genuine attempt to be respectful.
‘Hard shill’ is probably Sun’s default setting now, and it is possible he didn’t even notice the potential for his intentions to be misread. There were many commenters who supported him and his choice of memorial.
I think it is a very respectfull tweet. He addresses his connection with KB and informs his community how Tron will honour him.
Sun has actually been keeping a much lower profile of late, but previous PR disasters such as his botched Tesla giveaway, and his doomed charity lunch with Warren Buffett will unfortunately long be etched into the crypto-community consciousness.
Do you think Justin Sun intended to shill Tron in his Kobe Bryant tweet? Add your thoughts below!