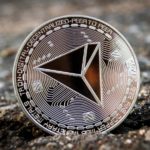 Today, we will be taking into account some of the market opinions and TRX past prices to be able to create a Tron price prediction for March 2020.

TRON is a platform launched by Justin Sun three years ago, which was initially created to provide an ecosystem where online content is freely shared and rewarded, but it is not mostly used for dApp and online games.

Later in the day, Tron managed to recover and get back to major support levels and even test the $0.015 resistance level before correcting itself again.

TRX is now below the major support level of $0.014, which worries investors that the bearish movement might carry on. 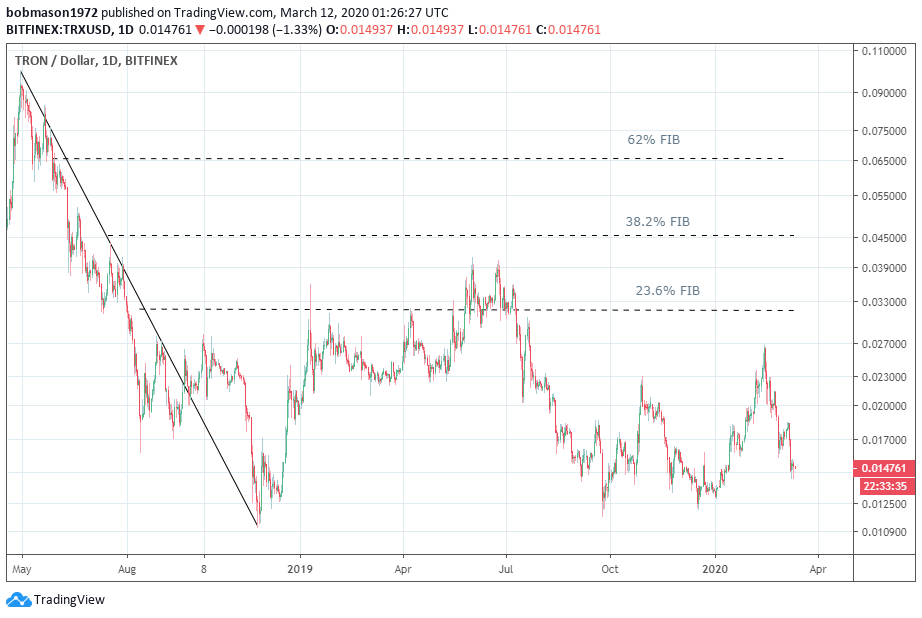 Tron would need to re-establish itself above $0.01480 levels to start an increase towards the first major resistance level at $0.015.

The rest of the market would also need to experience a bullish moment in order to push Tron’s TRX pass the high of $0.015324 of March 11th.

If the coin does not manage to breach the $0.01480 levels, the price of Tron will continue to struggle for the rest of the day.

Tron CEO, Justin Sun, is suspected of a hostile takeover of the Steem blockchain by manipulating large amounts of STEEM tokens held in big exchanges, such as Binance and Huobi.

Tron bought Steemit in mid-February 2019, which meant that in the future, Steem’s blockchain will move to Tron’s blockchain network. This also meant Sun gained significant control over the consensus protocols on the Steem blockchain. This prompted several Steem stakeholders to start a Steem protection hard fork in order to limit Sun’s influence.

The anticipated soft work apparently was not welcomed by Sun, as he allegedly bought 84 million Steem tokens from Poloniex, Huobi and Binance to be able to vote “loyal” Block Producers (BPs). Steem is a blockchain run by a delegated proof of stake (DPoS) consensus, and Sun having such a large amount of Steem managed to vote and place his chosen BPs as the top-20 witnesses of the blockchain.

This takeover might now mean that the Steem blockchain is under centralized control. The Tron CEO has stated that the initial soft fork was illegal, arguing that the move was done to subjugate certain community members.

The CEO tweeted on Tuesday (March 3, 2020) that the Steem tokens were safe and with the blockchain “successfully defeated the hackers.”

#STEEM has successfully defeated the hackers & all funds are super #SAFU. @SteemNetwork and @steemit community is now stronger than ever since we united & solved the difficulties! Full details below👇

Beginning with March 5th, Kraken will start supporting TRX trading. Four pairs will be listed, and trading functionality will be available once deposits and withdrawals are live.

TRX will be traded against the two largest cryptocurrencies by market cap, BTC and ETH, and two fiat currencies, USD and EUR.

Deposits and withdrawals have a minimum limit of 2 TRX, with a trading minimum of 500 TRX.

There have been a number of websites that have launched their own Tron price prediction for March 2020, and as such, we have made the decision to include some of the most relevant ones in order to convey the market sentiment around TRX.

Previsionibitcoin forecasts that TRX will reach a trading price of $0.019699 in March 2020.

WalletInvestor has made a Tron price prediction for the next 10 days of March, along with their probable maximum and minimum prices.

Digitalcoinprice projected that Tron would be trading in the month of March at a price of $0.03221977, which implies a positive price increase of 139.87%.

Altcoinforecast‘s TRX price prediction for March sees the coin ending the month at a price of $0.016.

With this, we have reached the end of our Tron price prediction for March 2020. We hope the data illustrated here will prove useful to you and your TRX trading activities.

Ever since Grant Thornton were appointed as liquidators of the defunct Cryptopia exchange it’s been an uphill struggle. Now, they...