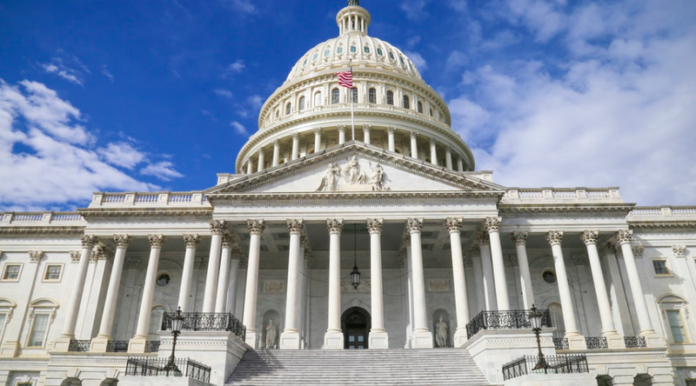 The U.S. Congress has nixed a bill that looked to create a task force to combat the use of cryptocurrency in financing terrorism. House Resolution 5036 (H.R.5036), which purported to establish the “Independent Financial Technology Task Force,” was sent to the House of Representatives on Wednesday, September 26, 2018, for consideration.

At the time it was introduced by Representative Ted Budd, the proposed bill was seen as a positive move from U.S. lawmakers, which aims to mitigate the use of cryptocurrencies in terrorist financing. The task force would focus on researching the ways in which terrorism could be financed through cryptos and propose actions to curb such activity.

In addition to the creation of the task force, the bill would also support the development of tools and programs to detect any illicit use of cryptocurrency.

Public records from Congress indicate that the bill was passed by the House before the “motion to reconsider” was “agreed to without objection.” Seeing as the bill was accepted before being reconsidered, this misstep means that the bill can not proceed to be ratified, per congressional rules.

In addition to federal law enforcement studying cryptocurrencies and how terrorists are exploiting them, the bill also made room for rewards for those who provide information that leads to the conviction of those involved in crypto terrorism financing. These rewards would have been paid out from the funds seized from convicts, as well as from related fines and forfeitures.

H.R.5036 was seen as a more robust version of another cryptocurrency-related bill. Released earlier last year, the House of Representatives introduced the “Homeland Security Assessment of Terrorists Use of Virtual Currencies Act” which seeks to make a proper threat assessment on the use of cryptocurrencies by terrorists.

Tron is one of the biggest blockchain platforms in the market today. Through the dedication and hard work of Tron...