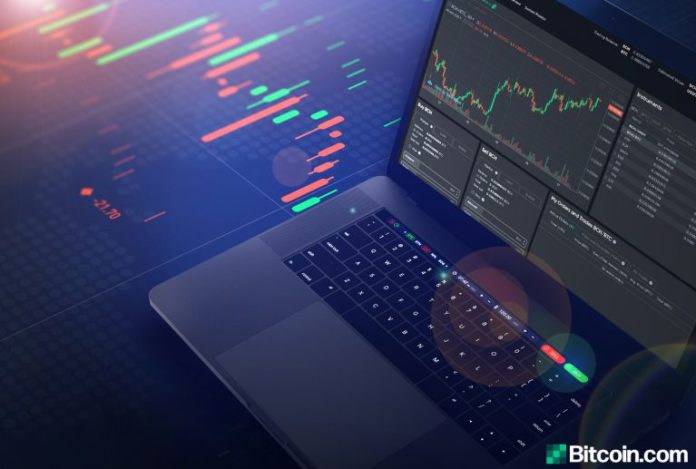 In addition to listing the Universal Protocol Alliance’s mega-utility token, Bitcoin.com Exchange will also list the group’s stablecoins, as well as support interoperability between the Ethereum protocol and the Simple Ledger protocol.

It was announced today that Bitcoin.com Exchange will provide an initial exchange listing to support an interoperable mega-utility token backed by the Universal Protocol Alliance, the Universal Protocol Token (UPT). The new token is expected to be on listed Nov. 20, 2019, and will be available for trading by non-U.S. persons only.

In addition to listing UPT, the platform will also be listing Universal Protocol Stablecoins, including the Universal Dollar (UPUSD), Universal Euro (UPEUR), in addition to an ERC-20 version of bitcoin core, the Universal Bitcoin (UPBTC). The exchange will also support interoperability between the Ethereum protocol and the Simple Ledger protocol on Bitcoin Cash, as well as work to develop the Universal Yen (UPYEN).

The Universal Protocol Alliance is a group of like-minded cryptocurrency companies and blockchain organizations that want to connect different digital assets in a single network. The alliance members include Bittrex, Brave, Certik, Omisego, Blockchain at Berkeley, Uphold, and Cred. Bitcoin.com Exchange now supports the alliance and its mission to provide blockchain interoperability, mainstream consumer safeguards, and practical applications for blockchain that reduce time, effort and cost for businesses and consumers as well as local governments.

“At Bitcoin.com Exchange we believe in tokens that tie communities and ecosystems together,” said David Shin, head of Bitcoin.com Exchange. “UPT is a perfect example of how an alliance of strong and active members can come together to create higher utility for its respective users. The very concrete and practical work the Alliance has done, the successful track record of its members, and the overarching mission of the Alliance aligns well with the key criteria we look for at the Bitcoin.com Exchange.”

Bitcoin.com Exchange was launched on Sep. 2, as an easy-to-use trading platform that offers world-class security and a powerful trading engine. The venue has a wide variety of trading pairs like litecoin (LTC), ripple (XRP), tron (TRX), zcash (ZEC) and denominated markets with base currencies such as tether (USDT), bitcoin cash (BCH), and bitcoin core (BTC). The platform employs institutional-grade encryption, two-factor authentication (2FA) and IP whitelisting, meant to keep users’ accounts secure at all times. If you haven’t signed up yet, the process takes less than a minute and you can start swapping digital assets immediately after you register.

Founded in 2018 to accelerate mainstream adoption of blockchain technology, the Universal Protocol Alliance is aiming to produce viable and pragmatic use cases that can benefit consumers, businesses, and governments globally. The group has identified that many users need innovative solutions to move digital assets seamlessly across different wallets, exchanges, and networks. In addition to the contributions made by alliance members, each member organization will integrate and incorporate UPT directly into their businesses, which will be announced soon by the group.

“The early days of the internet were very similar to the world of blockchain today, with many different technology platforms fragmented and incapable of communicating with each other,” said JP Thieriot, co-founder of the UP Alliance and Uphold. “We believe that the Universal Protocol Platform is a technology that has the potential to connect blockchain technologies – much like the breakthrough of the TCP and IP protocols that drove the internet towards mass adoption.”

Digital assets like bitcoin cash and ethereum operate on disparate networks that currently cannot communicate with each other. Collaboration in meaningful ways without costly workarounds remains difficult, resulting in critical inefficiencies. Universal Protocol Platform has a solution to solve this communication problem, one that will enable all existing cryptocurrencies to become available, and fungible, on one blockchain network: the introduction of Proxy Tokens. Universal Protocol recently demonstrated a new service for vendors called Cred Merchant Solutions, which allowed elected California officials, along with members of the community, to purchase goods at a vendor with bitcoin cash (BCH). This mechanism permits merchants to settle transactions in the Universal Dollar in real-time, and transmits the tax remittance to the appropriate government authorities. Universal Protocol has declared its support for California Assembly bill AB 953, which would permit the California state government to accept tax remittances in stablecoins like the Universal Dollar. This is meant to resolve a significant tax-collection issue for governments, and paves the way for comprehensive adoption of digital assets across the state .

“We are thrilled to build technology that solves real problems for customers, merchants, and elected officials to help usher in the next 100 million users of blockchain,” said Dan Schatt, co-founder of the Universal Protocol Alliance and Cred. “Not only does blockchain technology result in significant cost reduction for consumers and merchants, but it also enables highly productive tax collection, transparency, and predictability for city and state governments.”

What do you think about the Universal Protocol Alliance listing the mega-utility token and stablecoins on Bitcoin.com Exchange? Share your thoughts in the comments section below.

If you are looking to mine Vertcoin in a lucrative manner, then you should consider joining a Vertcoin pool. We...