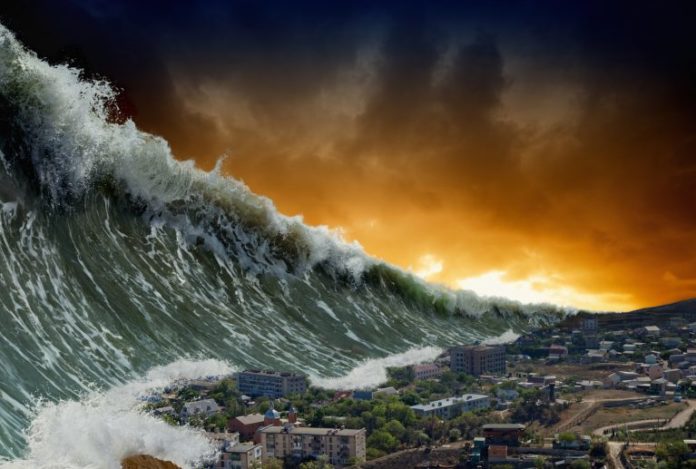 Regulations have value. In a private business they are boundaries and expectations set by the owner, and adhered to voluntarily by those that utilize their service. Management-imposed regulations in a private brokerage firm can keep irresponsible practices such as selling heavily margined stocks and other credit scams to naïve, desperate, and gullible investors to a minimum, for example. However, when regulations move beyond the realm of private property, and into the field of force and coercion—applied to all individuals regardless of property or individual self-ownership—the regulations then become immoral and violent.

The potential enforcement of updated crypto guidelines from the FATF has far-reaching implications for the privacy markets worldwide, and is being undertaken ostensibly to combat terrorism, money laundering, and other related cyber-crimes. For those abreast of the current world situation, where the very same G20 nations that would be enforcing VASP guidelines are waging endless war, inflating currencies, trafficking drugs and humans, and destroying whole countries and economies, the irony here is a little hard to shake. It seems a whole new influx of laws are coming, and how the market handles this new deluge will be very telling. The Soft Power Sway of ‘Guidelines’

What’s interesting about these new FATF guidelines is that, in and of themselves, they are just that: guidelines. There is nothing technically binding about any of them, legally speaking. However, with this news emerging just before the G20 summit in Osaka in Japan on June 28-29, where blockchain tech and cryptocurrency will be a central topic, it’s probably not presumptuous to begin connecting the dots. (In fact, Japan is already considered by many to be the world leader in cryptocurrency adoption and regulatory action.)

Participant countries will be creating their own VASP and FATF-compliant legislation, and those exchanges and traders refusing to comply will then presumably be blacklisted and made “irrelevant” or “radioactive” by default. As an important aside, this style of “soft power” governance is becoming more and more common, and is not a coincidental phenomenon. Where statism has always been about control via direct force, more or less, it is increasingly sold as “winning hearts and minds,” “convenience,” and “social progress,” with the violent force component hiding just beneath the surface.

What do the FATF Guidelines Require?

Among other things, the final, updated “guidance” encourages the dissemination of basically any and all sensitive trader information—up to and including national ID numbers, IP addresses, browsing histories, and potentially even emails—in the supposed interest of combating anonymity—ostensibly that anonymity being used for cover in illegal actions. As you and I know, this is an especially scary prospect considering that legality and morality are never synonymous, and often are at direct and vehement odds with one another.

Later in the guidelines, on page 43 it is written:

Examples of existing technologies that providers could consider as a foundation for enabling the identification of beneficiaries of VA transfers…include…Public and private keys…Secure Sockets Layer (TLS/SSL) connections, which make use of public and private keys among parties when establishing a connection and secure almost all transmissions on the Internet, including emails, web browsing, logins, and financial transactions.

Wow. So much for anything “crypto” or “secure” about these suggested courses of action. Iran as a Central Factor

Do the current U.S. military tensions regarding Iran play into all of this FATF and G20 excitement? First, a couple things to note. One is that Iran has already announced plans to drop the U.S. dollar soon in foreign trade. The resource-rich country seems to be an obsession for the U.S. military and political machine in general, with almost constant saber-rattling in major news media outlets for the past decades regarding the Iranian nuclear program and supposed links to terrorist organizations.

Second, the country is—in a sense—financially independent and oil-rich, and thus not easily swayed by Western interests. Iraq and Libya have previously ventured down similar independent paths, and the wake of destruction resulting from NATO aggression and U.S.-allied military action can be seen all too clearly. The message? Use our money, submit to our governance, or pay dearly.

While fiat currencies, the USD in particular, have held court for a long, long time now via their Keynesian magic of unlimited printing (“quantitative easing”) and force-based participation (the gun to your head telling you “THIS HAS VALUE”), the crypto space provides a whole new paradigm. Doesn’t it make sense to fear this innovation’s adoption by one’s enemies—including Iranian interests—if the objective is to control the flow of capital and resources? Listen to how often the supposed threat of “terror” is hammered into our heads in regard to crypto and the “necessary” legislation and regulation which must supposedly surround it. What the FATF Guidance Means for the ‘Little Guy’

By ‘little guy’ I mean the average investor, small business owner, entrepreneur, or trader. Heck, it even could include that random, oddball, lucky individual who already has his “moon Lambo” from investing wisely back when this whole crypto thing was just getting off the ground floor.

Quite simply, all these FATF guidelines mean is: we want to know what you are doing with your assets at all times. Of course private businesses have every right to govern themselves as they see fit. Property owners may determine how their private exchanges are run as they are, in the end, the rightful owners of the business, However, when it comes to the blanket legislation and violence-backed regulation engendered by “soft power guidelines” such as those just issued by the FATF to be enacted over anyone and everyone regardless of property rights, it’s clear an imminent financial and philosophical conflict is at hand.

Surfing the Tidal Wave of Legislation

This tsunami of red tape and state violence heading our way is certainly picking up momentous speed. Every year, every month and every day some new measure is taken by the bureaucracies, politicians and bankers of the world, which compromises the freedom of the individual, and increases the power of the state. It is my hope and vision that innovation and peaceful non-compliance, secured on a sound philosophical base, is truly the ticket that will win the day. In that way, instead of being engulfed by the deluge, perhaps we can instead surf the wave, already having some knowledge of how the technology works, with the state at large lagging behind, as per usual.

Then, when it comes time to pay for more war, more extortion, more trafficking, more destroyed families, communities, homes, dreams and lives, people can begin to simply say—with their wallets…“No.” Shielded by the relative privacy and anonymity blockchain tech and encryption (when properly used) can afford, I don’t think this scenario is too hard to imagine, although self-defense against state violence is always a necessary consideration.

As Buckminster Fuller so aptly stated: “You never change things by fighting the existing reality. To change something, build a new model that makes the existing model obsolete.”

Only Time Will Tell

At the time of writing, BTC currently sits at almost $11,000 and BCH is approaching $500. There is definitely an excitement in the space, and it feels good. The FATF will issue their guidelines, and major nation states around the world will likely adhere. None of this changes the most critical thing, however: more and more people will begin to be financially empowered, and presented the opportunity to take control of their own financial destiny, instead of bowing to an increasingly irrelevant and obsolete system whose extinction is certain.

What are your thoughts on the FATF’s proposed guidelines? Let us know in the comments section below.

There has been no Monday correction for Bitcoin this week as the top cryptocurrency has held on to its weekend...