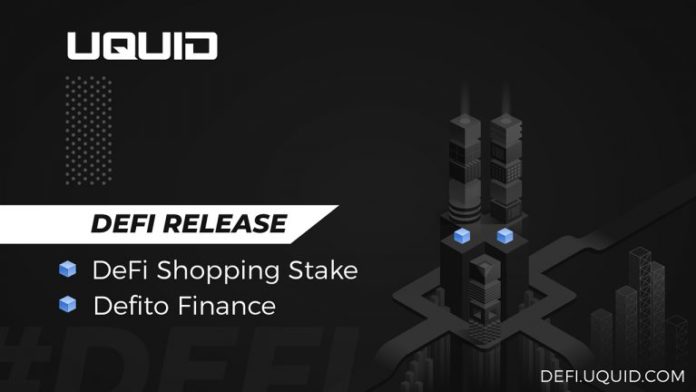 The trouble with many current DeFi projects is that while they eliminate traditional institutions from the mix, they instead transfer ultimate control over to a select group of insiders who have their financial motives and agendas. It’s an arrangement that’s ripe for abuse, and something that should be anathema to anyone who believes in the real promise of DeFi.

But now, there’s a DeFi solution that’s on a mission to deliver where so many others have failed. It’s called the Defito (DTO), and Defi Shopping Stake (DSS) is designed to be a platform that is a Bridge between Defi and E-Commerce.

A DTO token controls the Defito Ecosystem. Defito is a decentralized finance (Defi) platform with the goal of providing a solution for Defi to access e-commerce such as :

DTO is the native token in the Defito platform. Users can earn it by contributing liquidity to Defito’s liquidity pool and use the token for Platform Governance and Online Shopping.

We are proud to introduce DSS to the public for the first time. We believe that the Defi Shopping Stake (DSS) model will be used more widely in e-commerce companies in the near future.

DSS is a Defi-oriented enhancement of the Loyalty program system. As usual, each customer will have to show loyalty cards (also known as Rewards cards, Points cards, or Club cards) and Present them after each successful purchase (including online shopping) to collect the Reward Points.

From now on, each wallet address used for payment will automatically be used for bonus recognition after each order is completed. The customer’s rewards points will be recognized with the smart contract and available for Spending at any time.

Token Vote: The community has some right to vote for a burning token from the shopping treasury. If they want token keep for further development of the reward system or Burning for the growing value of DSS.

How to Stabilize DSS Value?

– The number of DSS tokens generated by staking and mining is limited.
– If the community votes for DSS token burning, the number of tokens will become scarce.

– When the amount of tokens in the shopping fund is burned. A further amount of tokens will be repurchased from the market. This process continued over time and will significantly increase the DSS value.

On May 28, 2020, the digital currency and blockchain company Uquid has announced that the Uquid Shop is now live and accepting cryptocurrencies like bitcoin cash for payments. The team at Uquid has dubbed the market the “world’s biggest digital shop for crypto users is ready to launch with 30,000 digital products.”

According to the International Consortium of Investigative Journalists (ICIJ), five major global banks have been exposed funneling trillions of dollars...