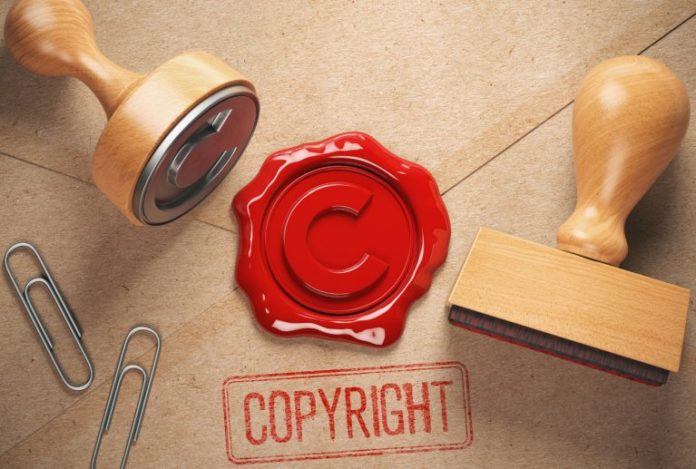 On May 21, 2019, a press release was sent to a variety of publications that said Craig Wright was granted two U.S. copyrights for the original Bitcoin white paper and version 0.1 of the cryptocurrency’s code. Meanwhile, the U.S. Copyright Office specifically addressed the matter in a press release which emphasized the agency “does not investigate the truth of any statement made.”

Yesterday the crypto community was up in arms after Craig Wright detailed that he was granted two U.S. copyrights for the Bitcoin white paper and code. The two copyrights can be seen publicly with registration no. TXu 2-136-996 and also no. TX-8-708-058. Of course, most digital asset enthusiasts thought the effort was yet another lackluster attempt from Wright to try and prove he’s Satoshi. Many individuals on social media simply laughed at the copyright announcement. Alongside this, a few other crypto community members detailed that the copyrights were meaningless. Coin Center founder Jerry Brito explained that the U.S. Copyright Office does not investigate the validity of claims like these and they simply just register it. “Unfortunately there is no official way to challenge a registration — If there are competing claims, the Office will just register all of them,” Brito added. Moreover, back when Satoshi released the protocol, the code was released under the open source MIT license. This means that Bitcoin is free to distribute the software to any individual or organization and everyone has no limitations to what they can do with the software. Essentially anyone can use, copy, modify, merge, publish, distribute, sublicense, and fork the Bitcoin software.

Furthermore, there is a copyright notice from Satoshi established under the MIT licensing back in 2009, which gives developers the freedom to use the code in any manner. Then over the last few years, there’s been a slew of other individuals who have registered and have been granted copyrights to the Bitcoin software and it’s associated paper.

The Hawaiian Who Registered the White Paper Before Wright

There’s Ronald Keala Kua Maria, a resident from Hawaii who copyrighted the Bitcoin white paper, back in August 2016 with registration no. TXu 002037698. News.Bitcoin.com reported on Kua Maria claiming to be Satoshi Nakamoto back in June 2018. Not only did Kua Maria copyright the white paper, but he also copyrighted a decent number of other trademarks and words like “Bitcoin Cash.” Additionally, Kua Maria owned a bunch of Bitcoin-related domains such as thesatoshinakamoto.com, bitcoincopyrights.com, bitcoincashcopyright.com, bchcopyright.com, and others. When we first wrote about Kua Maria, most of his domains redirected to his home page rkm.world. One interesting thing to note about one of Kua Maria’s domains (http://www.bitcoincopyrights.com) is that it now redirects to a BSV website now.

After all the commentary and jokes on social media channels, the U.S. Copyright Office issued a statement concerning the matter. In the press release called “Questions about Certain Bitcoin Registrations,” the agency detailed that it “does not investigate the truth of any statement made.” The Copyright Office continued by adding:

Essentially after addressing that multiple registrants have copyrighted certain technologies, the agency said that it’s really up to the “federal courts, including disputes over authorship of a work.” Moreover, when it comes to works created by a pseudonym with a moniker like Satoshi Nakamoto, the Copyright Office “does not investigate whether there is a provable connection between the claimant and the pseudonymous author.” The U.S. Copyright Office also details that correspondence between Wright and the agency is part of the public registration record.

Furthermore, the well known libertarian writer and patent attorney, Stephan Kinsella, told his social media followers that the copyright proves nothing. “As I’ve pointed out for days now on Twitter threads, such assertions are ridiculous and misrepresent the way copyright works — Because most people don’t understand how copyright works, when they hear that the Copyright Office “registers” or “approves the registration” of a works this somehow means the government has issued a copyright to the applicant and verified their authorship etc,” Kinsella opined. The patent attorney and intellectual property expert further detailed:

None of this is true. Copyright registration is a simple procedure that does not prove copyright or authorship and does not prove anything at all, especially when done more than 5 years after the original work was published.

The crypto community was once again not only disheartened by Wright’s attempt to copyright open source software, but most have also been dumbfounded by the extraordinary hoops he’s gone through to prove he is Satoshi. From the BBC interviews to the cover of GQ, Wright has gone to great lengths to prove he is the inventor of Bitcoin. The process could be much easier for him or for anyone to prove the existence of Satoshi by simply signing a message tied to the genesis block or moving some coins. Every single attempt Wright has made to prove he is Satoshi so far has been refuted and mocked by the greater crypto community. The copyright undertaking that costs $55 per registration for the white paper and some of the open source code is no different.

Ten prominent fintech experts shared their bitcoin price predictions and all agreed that BTC would close 2019 above $9,500, according...