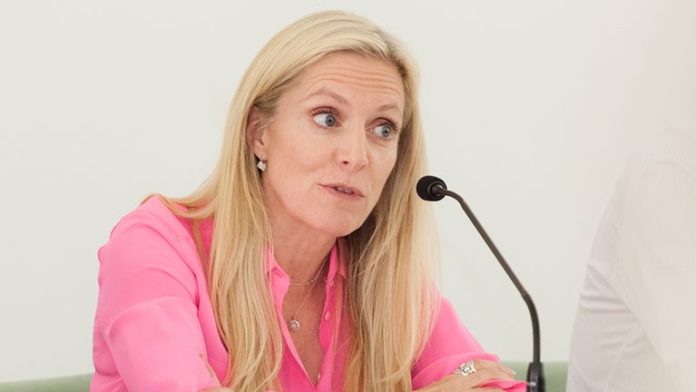 The U.S. central bank has been working on creating a digital dollar, according to a recently published transcript from Federal Reserve Board Governor Lael Brainard. On Thursday, she told participants attending “San Francisco’s Innovation Office Hours” webcast, that the Fed has been “collaborating with researchers at the Massachusetts Institute of Technology (MIT)” toward building a CBDC codebase.

The central bank cold wars have begun, as the United States clearly wants to compete with China’s upcoming central bank digital currency (CBDC). Not too long ago, the Federal Reserve Chair Jerome Powell didn’t give the media too many clues about the bank’s efforts to create a digital dollar.

Powell acted as though the central bank was simply investigating the possibilities of a CBDC, but nothing more than that. Federal Reserve Board Governor Lael Brainard seems to be telling a different story.

Brainard discussed the subject in a webcast published on August 13, which was conveniently called “An Update on Digital Currencies.” The Board Governor explained that the coronavirus outbreak was a reminder of how far behind the country is with regard to digital currency payments.

“The Covid-19 crisis is a dramatic reminder of the importance of a resilient and trusted payments infrastructure that is accessible to all Americans,” Brainard stressed. The Fed executive further stated:

It was notable that after a sharp reduction in spending early in the COVID-19 crisis, many households increased their spending starting on the day they received emergency relief payments.

In addition to the Fed investigating a CBDC, Congress has proposed a number of bills discussing the invocation of a digital dollar this year. All of which seem to leverage Covid-19 as an important reminder that the country needs a reliable payment system. A Digital Dollar Foundation was also created in the U.S. this year.

Despite Powell’s attempts to be more secretive, Brainard told the webcast attendees that the central bank’s Boston branch has had a “multiyear” relationship with the Massachusetts Institute of Technology (MIT). The Boston technology school is well known for fostering digital currency research and development, including funding Bitcoin developers.

It also seems the code has been worked on during these years and at some point, Brainard said it would be open source.

“To enhance the Federal Reserve’s understanding of digital currencies, the Federal Reserve Bank of Boston is collaborating with researchers at the Massachusetts Institute of Technology in a multiyear effort to build and test a hypothetical digital currency oriented to central bank uses,” Brainard highlighted during the “Innovation Office Hours” discussion. The Board Governor added:

Digital currencies, including central bank digital currencies (CBDCs), present opportunities but also risks associated with privacy, illicit activity, and financial stability. This prospect has intensified calls for CBDCs to maintain the sovereign currency as the anchor of the nation’s payment systems.

What do you think about the Federal Reserve working on a digital dollar? Let us know in the comments section below.

Bitcoin is stagnating in the high-$11,000s once again despite Ethereum breaking higher. BTC trades at $11,800 as of this article’s...