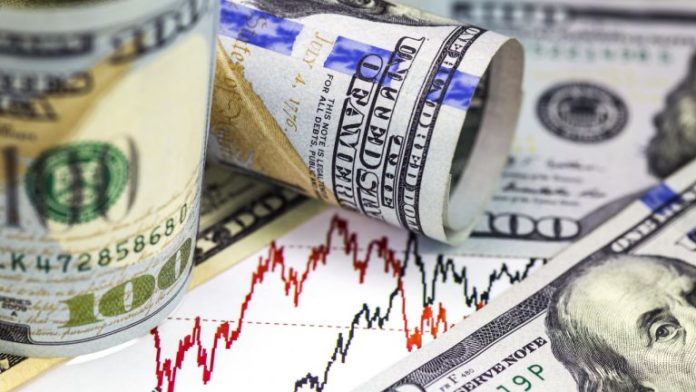 The U.S. Congressional Budget Office has projected that the coronavirus crisis will cost the U.S. economy about $8 trillion. Many factors play a part in shrinking the economy, such as business closures, social distancing measures, consumer spending, a drop in energy prices, and recent legislation.

The U.S. Congressional Budget Office (CBO), a federal agency that provides budget and economic information to Congress, has estimated the impact of the coronavirus crisis on the U.S. economy. CBO Director Phillip L. Swagel explained on Monday in a letter to Democratic Senator Chuck Schumer:

CBO projects that over the 11-year horizon, cumulative real output (in 2019 dollars) will be $7.9 trillion, or 3.0 percent of cumulative real GDP, less than what the agency projected in January.

Schumer had asked the CBO to compare its “May 2020 interim projections of gross domestic product and its January 2020 baseline projections,” the letter details.

The agency projected in May that the level of nominal GDP in Q2 2020 would be lower than its January forecast. “The two largest differences between the two forecasts result from the economic effects of the covid-19 pandemic in reducing output and the legislation enacted between January and early May in response, which partly offsets that reduction,” Swagel described.

Furthermore, the director wrote that the “revised forecast for nominal GDP reflects a significant markdown in CBO’s projection of real (inflation-adjusted) production in the United States as a result of the pandemic.” He added: “Business closures and social distancing measures are expected to curtail consumer spending, while the recent drop in energy prices is projected to severely reduce U.S. investment in the energy sector. Recent legislation will, in CBO’s assessment, partially mitigate the deterioration in economic conditions.” Swagel elaborated:

CBO projects that over the 2020–2030 period, cumulative nominal output will be $15.7 trillion less than what the agency projected in January.

The director noted, however, that “An unusually high degree of uncertainty surrounds these economic projections” due to the coronavirus pandemic, adding that the office will continue to evaluate the impact of the pandemic which could be affected by future federal policies.

The U.S. Congress has passed the $2.2 trillion Coronavirus Aid, Relief & Economic Security (CARES) Act, which was signed into law by President Donald Trump on March 27. Several other bills have been proposed, including Nancy Pelosi’s $3 trillion Economic Recovery Omnibus Emergency Solutions (HEROES) Act which proposes a second round of stimulus checks for Americans.

“The second quarter is still likely to see the biggest GDP drop in U.S. history while the unemployment rate for May is expected to be near 20%, the highest since the Great Depression,” CNBC reported Monday. The publication quoted Senator Schumer as saying, “In order to avoid the risk of another Great Depression, the Senate must act with a fierce sense of urgency to make sure that everyone in America has the income they need to feed their families and put a roof over their heads.”

What do you think about the CBO’s predictions? Let us know in the comments section below.

These Are the Most Rewarding XRP Faucets in June 2020

Today, we will be featuring a list with some of the most rewarding XRP faucets you can use this June....