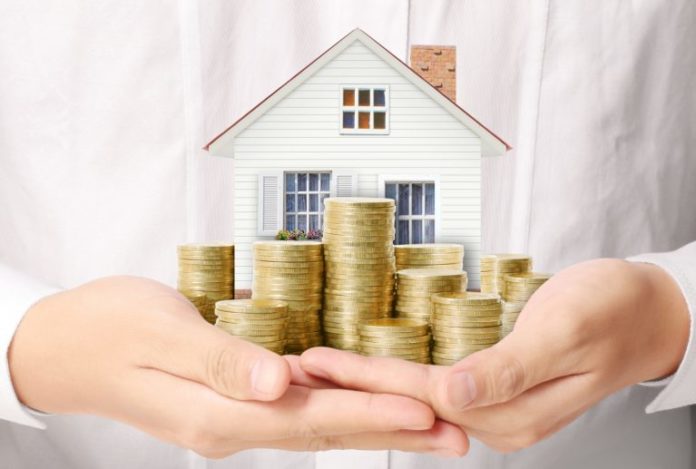 The U.S. mortgage industry faces collapse once again, this time due to the economic consequences following the coronavirus outbreak and massive job losses. Up to 50% of borrowers could default on their mortgage payments, according to industry estimates. Since the stimulus bill signed by President Donald Trump provides relief for homeowners but does not provide relief for the mortgage industry, companies are worried they may go out of business.

The coronavirus outbreak and resulting job losses could result in an unprecedented number of people left unable to make their mortgage payments. Facing a second mortgage industry crisis in recent history, many of the country’s largest mortgage lenders are warning they will soon be pushed to the brink of failure. The breadth of the coronavirus pandemic has sparked industry estimates of between 25% and 50% of borrowers being unable to pay their mortgage payments, according to the publication Politico.

Jay Bray, CEO of the mortgage servicing company Mr. Cooper, explained that if 25% of borrowers fail to make their mortgage payments, the industry would need $40 billion to cover three months of payments. Noting that his company has already seen a 50% increase in borrowers seeking assistance, he said, “The magnitude of people who are going to take the plan is going to be like nothing we have ever seen.” Mortgage Bankers Association CEO Bob Broeksmit added that the industry could need more than $100 billion depending on how long the situation lasts. However, the Coronavirus Aid, Relief & Economic Security (CARES) Act, the $2.2 trillion stimulus package President Donald Trump signed into law on Friday, does not include relief for the mortgage industry, the publication noted, adding:

While the final bill allocates $454 billion for the Treasury Department to support the Federal Reserve’s emergency lending programs, including for large corporations, there is no overt requirement for lending to mortgage companies, despite a weeklong lobbying push by the industry.

Broeksmit noted, “We have been in constant contact with many parts of the administration to ensure that they understand the urgency of this liquidity facility being set up.”

Among companies most affected are mortgage servicers, which handle loans and process mortgage payments. About 60% of mortgages in the U.S. are secured through nonbank lenders such as Quicken Loans, the Washington Post explained. “One in three of the country’s $11.2 trillion in mortgages is overseen by nonbank servicers, which collect borrowers’ payments every month, and say the economic fallout from the pandemic represents an unprecedented challenge to their future.”

When people stop making payments, these companies are still legally obligated to keep sending money to insurers and investors in mortgage-backed securities using their own money. The publication described:

Mortgage lenders are preparing for an avalanche of distressed homeowners that could drive a housing crisis that rivals the one that left millions of Americans in foreclosure a decade ago.

“This time, rather than homeowners falling behind on their payments slowly over several years, mortgage delinquencies could spike suddenly as people find themselves without a job or have their salaries cut within the next few months,” the news outlet continued. Inside Mortgage Finance publisher Guy Cecala was quoted as saying: “This time the problems are going to be nondiscriminatory. It will apply to people with good credit, or someone who is well-off, and ran a restaurant. We haven’t had a crisis where everyone is impacted regardless of financial situation.” Treasury Secretary Steven Mnuchin said on Thursday that the Financial Stability Oversight Council is “particularly focused on the liquidity issues that market may have.” He further revealed that he was establishing a task force to report back to the council on the matter.

“Concerns about liquidity in the mortgage finance system have been building for years, as the companies that service mortgage loans are increasingly nonbanks — which don’t have banks’ access to Fed loans or their strict capital requirements and deposits to fall back on,” the publication details.

Andrew Jakabovics, vice president for policy development at Enterprise Community Partners, an affordable housing nonprofit, believes that the mortgage system would break down if mortgage companies fail across the board. He opined:

The kinds of relief we did during the foreclosure crisis — all of that had to do with the fact that we wanted to ensure that investors from across the world would continue to treat U.S. mortgage-backed securities as an incredibly safe investment … That would have very serious ramifications for the availability and price of mortgage credit.

Michael Bright, CEO of the Structured Finance Association, which represents 370 financial institutions in the bond market, believes the Fed will eventually come through with an emergency lending program for the mortgage industry. “Even though that language wasn’t included,” Bright said of the stimulus bill, “I do think it’s likely that this could be part of [the Fed’s Term Asset-Backed Loan Facility Program] in the end.” He previously managed Ginnie Mae’s $2 trillion portfolio.

Do you think the mortgage industry will get its own bailout? Let us know in the comments section below.

When Fed is Out of its Mind, Bitcoin is the Answer

It took the sudden emergence of a pandemic to demonstrate how pathetic the global financial system really is. The US...