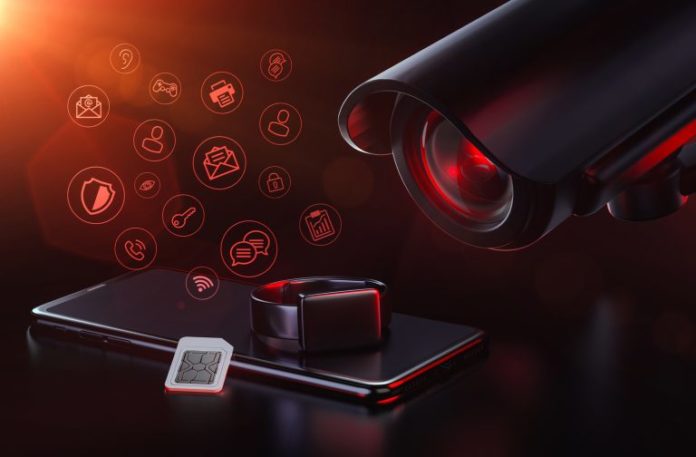 Under the guise of fighting against online child pornography, American politicians are trying to effectively ban end-to-end encryption on all communication technology platforms for everyone. Newly proposed legislation could force companies like Apple, Google and Facebook to create back doors on their services to make sure law enforcement can easily monitor everything they want or potentially face prosecution for negligently enabling child abuse.

The Eliminating Abusive and Rampant Neglect of Interactive Technologies Act

A planned bipartisan measure in the U.S. Senate could stop all messaging services, such as the crypto community’s favorite Telegram and Facebook controlled Whatsapp, from offering end-to-end encryption for users. Under this plan, companies could be forced to engineer back doors into their networks, for government agencies to be able to peer into private communications. Besides the obvious privacy concerns, such back doors could eventually fall into the wrong hands and be exploited by hackers to steal sensitive information, as other back doors have in the past.

The Eliminating Abusive and Rampant Neglect of Interactive Technologies (EARN IT) Act is presented as a tool to stop the spread of child sex abuse material (CSAM). Currently, internet companies simply have a degree of protection against lawsuits in the case that some of their users transmitted online child pornography. However, the EARN IT Act will force platforms to earn it. And the way to earn this protection is by complying with requirements set by the government, which will include banning end-to-end encryption.

This plan will curb the power of Section 230 of the Communications Decency Act of 1996, a piece of U.S. legislation which provides immunity from liability for providers of an “interactive computer service” who publish information provided by users. Without this legal shield, companies can face immense challenges to operate as they could be dragged to court for the actions of their users. It is considered to be a critical part of making the U.S. a receptive home for the tech industry to grow as rapidly as it did since it was enacted.

Even before knowledge about the EARN IT Act leaked out to the public, there was already evidence that U.S.-based tech companies feel pressured by the government to hurt their users’ privacy. About two weeks ago it was widely reported that Apple has abandoned plans for end-to-end encryption of their devices’ cloud backups after the FBI complained that the move would hamper its investigations. “The absolute worst-case scenario could easily become reality: DOJ could effectively ban end-to-end encryption,” explained Berin Szoka, president of the libertarian think tank Tech Freedom. “Signal, Telegram and Whatsapp all could no longer exist in their current form. All would be required to build in backdoors for law enforcement because all could be accused of ‘recklessly’ designing their products to make it impossible for the operators or law enforcement to stop CSAM sharing. The same could happen for age verification mechanisms. It’s the worst kind of indirect regulation. And because of the crazy way it’s done, it could be hard to challenge in court.”

Once considered to be champions of innovation and even freedom, the big tech monopolies have come under a lot of criticism in recent years over various aspects of their operations around the world. In the U.S. this can been seen to draw the attention of politicians from both the Left and the Right, with Republican President Donald Trump accusing big tech of collusion with his rivals at the Democratic party and Democrat presidential contender Elizabeth Warren calling to break up America’s biggest tech companies.

The main issue that most gains public attention these days is collecting and selling users’ personal data. Other controversial topics include stifling competition, addicting users to notifications, enabling election “hacking” or manipulation with fake news and of course employing unwarranted censorship.

Instead of trying to remain unbiased platforms used by everyone, regardless of usage as long as its legal, some big tech companies are actively censoring what users can say. Google, Twitter, Facebook, Reddit, and others have all banned accounts of individuals or media companies for somehow violating their terms of service while not actually breaking the law. While the companies probably hoped this will lower the attacks on them, it mostly had the opposite effect with those pushing for more censorship increasing their demands and some of those objecting to it taking a less libertarian approach to what these supposedly private companies can do with their platforms.

The cryptocurrency ecosystem has been a repeated victim of censoring by big tech monopolies too, with the latest example coming in the form of the Youtube ‘Christmas Purge‘ of 2019. Many channels that discussed crypto matters were kicked off the Google-owned video platform without warning, before some were eventually reinstated. This also led video creators and crypto influencers to try and migrate to more decentralized and censorship-resistant platforms. Now the politicians are trying to exploit the anger all these controversial policies created against big tech to crack down on their users’ privacy. “Years of imbibing a concentrated font of human venality every time we open our phones, coupled with the metastatic growth of surveillance capitalism, have birthed the current, bipartisan ‘techlash.’ The techlash is taking several forms, among them the growing zeal for amending or outright repealing Section 230,” explained Riana Pfefferkorn, the Associate Director of Surveillance and Cybersecurity at Stanford University’s Center for Internet and Society. “The idea is that Section 230 is no longer needed; it’s served its original purpose, if anything it was too successful, and now U.S. tech companies have outgrown it — and grown too big for their britches, period.”

What do you think about American politicians trying to ban end-to-end encryption? Share your thoughts in the comments section below.

The post US Politicians Want to Ban End-to-End Encryption on Messaging Services like Telegram and Whatsapp appeared first on Bitcoin News.

Bitcoin faucets enable users to earn small amounts of Bitcoin for doing simple online tasks. But how do you choose...