Creditbit has stepped up its game with the second phase of development, which it has named Credit 2.0.

Under Credit 2.0, Creditbit is to include some custom, decentralized functionalities, which befits the new era of blockchain technology. What sets Creditbit apart from the counterparts is that it wants the entire project to be developed and planned around its users as they firmly believe that the hearth of crypto is its community.

To make the project a success, they want to involve their users into its every aspect. They are keen on seeking ideas from the Creditbit community and also their opinions on what should be implemented.

Creditbit is an open source software project released under the MIT/X11 license which gives you the power to run, modify, and copy the software and to distribute – at your option – modified copies of the software. The software is released in a transparent process that allows for independent verification of binaries and their corresponding source code.

Creditbit is an ERC20 compliant token with a lot of attractive features added on top of it. CreditDao is a DAO on top of Ethereum, which will act as a decentralised, community driven representative of users and network as a whole.

While, CreditBay is a decentralised commodity market on top of Ethereum, implemented with smart contracts. And CreditMC, a migration contract that will help them to migrate from old network to the new one while accepting the old coins and issuing new ones.

Finally, the development phase of Credit 2.0 will again see a greater Creditbit community involvement as they don’t want to keep their users out of the loop. The plan is to constantly consult the community about their views on its various features, and if they should be added or not.

Moreover, the interested participants will be shown how they can be a part of the development process and participate in future development at the project launch. 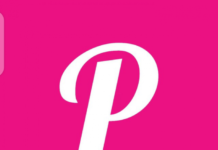 Nigeria: Banks That Handle Bitcoin Do So ‘At Their Own Risk’

If you have a news tip, please email us at [email protected]. Interested in guest writing? Please email your idea for...