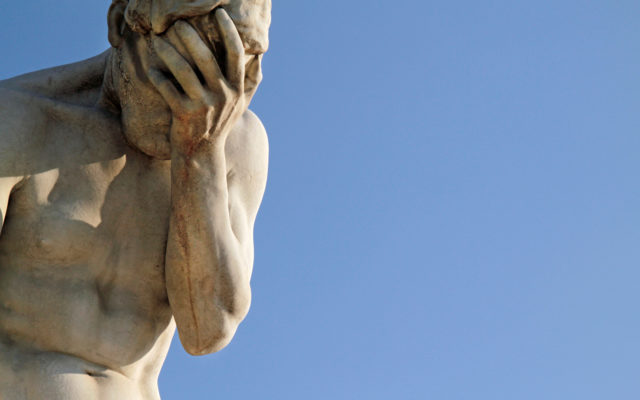 VanEck has been offering “forward-looking” strategies for over half a century. But its VanEck SolidX Bitcoin Trust ETF for institutional investors looks to be a non-starter.

VanEck has been in and out of the headlines in the Bitcoin circle for some time now since it submitted first highly scrutinized and hotly anticipated Bitcoin ETF proposal to the SEC.

For many, the United States Securities Exchange and Commission giving the approval for a Bitcoin ETF is the catalyst toward Bitcoin acceptance. It will open up the gates to a plethora of new investors and send the price of BTC into the stratosphere.

However, we can’t expect that to happen any time soon.

Just yesterday, in fact, SEC Chairman Jay Clayton told CNBC that while we were closer to seeing a Bitcoin ETF, there’s still “work left to be done”.

Clayton went on to talk about the same old issues of unregulated exchanges and manipulation. He later added that the harder questions still needed answering.

Are we any closer to seeing a Bitcoin ETF some day? SEC Chairman Jay Clayton to @CNBC: “yes, but there’s work left to be done” @SEC_News @bobpisani @kellycnbc @CNBCTheExchange #bitcoin #crypto pic.twitter.com/iJP3nn9XHc

But that’s not stopping the investment management giant in its tracks.

VanEck prides itself on thinking “outside the confines of financial markets” and identifying new trends. As such, the firm launched its VanEck SolidX Bitcoin Trust 144A Shares as:

“the first open-end and DTC-eligible bitcoin security that can be held in a brokerage account.”

But, three days after opening, it has just four bitcoins under its management.

To be managing total net assets of just over $40,000 is hardly an enticing objective for such a big fish in institutional investment space.

A well-known economist and trader Alex Krüger pointed out this “massive” demand from institutional investors in a sarcastic tweet. He noted that the trust so far had managed to issue just one “whopping” basket of four bitcoins.

Three days after launch, the VanEck bitcoin trust for institutional investors has reportedly managed to issue a whopping 1 (one) basket. It has 4 bitcoins or $41,400 in assets under management. Massive. pic.twitter.com/TUePbLVqBi

While the numbers are certainly disappointing for the investment firm so far, it may not spell total defeat.

Fundstrat co-founder and bullish Bitcoin analyst Tom Lee pointed out that it’s “too early” to judge the success of the project.

I think it is too early to judge the success of the product.

Whether the VanEck SolidX Bitcoin Trust gains traction or not remains to be seen. But from here, it looks as if all eyes are still firmly watching the pending ETF.

What do you think of the response to VanEck SolidX BTC ETF? Share your thoughts in the comments below.

Hurricane Dorian has left 400,000 people destitute in the Bahamas and the Tether company has announced that it will donate...