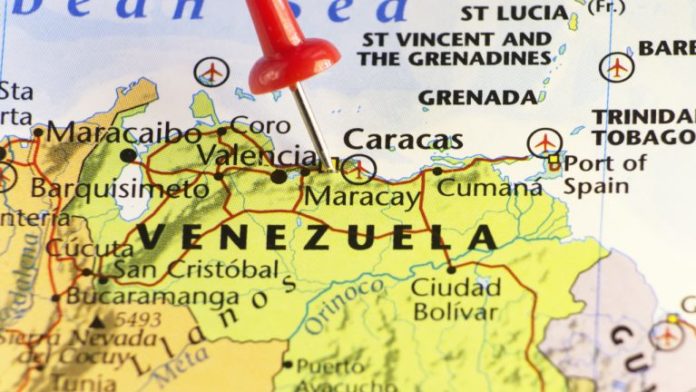 Venezuelans have become increasingly interested in cryptocurrency as their country faces dire economic crisis and hyperinflation, a new study by blockchain data analytics firm Chainalysis shows. The firm’s Global Crypto Adoption Index ranks Venezuela third as “The country has reached one of the highest rates of cryptocurrency usage in the world.”

Chainalysis published its study of Venezuela’s bitcoin usage Thursday, which is part of its upcoming 2020 Geography of Cryptocurrency Report.

“Venezuela is suffering through one of the worst economic crises in modern history, with its national currency, the bolivar, becoming practically worthless,” the firm wrote. “Under these circumstances, cryptocurrency has taken on an important role in Venezuela’s economy … As the Venezuelan bolivar has lost value in the midst of hyperinflation, Venezuela has become one of the most active cryptocurrency trading countries on earth.” The firm elaborated:

The country has reached one of the highest rates of cryptocurrency usage in the world, placing third on our Global Crypto Adoption Index, as many Venezuelans rely on cryptocurrency to receive remittances from abroad and preserve their savings against hyperinflation.

Most of the crypto activity in Venezuela is driven by peer-to-peer (P2P) exchange activity, specifically on Localbitcoins, Chainalysis noted. “Venezuela is the third-most active country on the platform, or second-most active when we scale by the number of internet users and purchasing power parity per capita. Venezuela ranks 3rd for P2P trading volume in USD, after the U.S. and Russia.” Venezuelans are also using Bitcoin.com’s P2P marketplace to buy and sell bitcoin cash.

Chainalysis also discussed Venezuela’s national cryptocurrency, the petro, launched by the country’s “contested government, led by OFAC-sanctioned Nicolas Maduro and known for its corruption and human rights abuses.” In May, the U.S. put a $15 million bounty on Maduro and charged a number of top Venezuelan government officials with “narco-terrorism, corruption, drug trafficking and other criminal charges.”

Superintendencia Nacional de Criptoactivos y Actividades Conexas (Sunacrip) is the regulator of crypto activities in Venezuela. So far, seven crypto exchanges have been licensed to trade the petro. According to the Maduro government, petro adoption has been rising significantly. Recently, 305 Venezuelan municipalities agreed to collect tax in petro.

One of the approved exchanges is Criptolago. According to financial intelligence provider Sayari, the exchange is owned by Venezuela’s Zulia state, with the state’s governor, Omar Prieto, occupying a top management position. “Prieto is a staunch Maduro ally who is personally under U.S. sanctions for refusal to deliver humanitarian aid,” Chainalysis asserted.

Over the last year, Criptolago addresses received more than $380,000 worth of bitcoin over 3,916 transfers and sent more than $360,000 worth over 2,297 transfers. While the platform’s transfer volume grew over 13x in the past year, “it doesn’t appear that Criptolago is helping the Venezuelans struggling most,” the Chainalysis claims. The firm pointed out that crypto transactions worth $1,000 or more accounted for more than 75% of total transfer volume, but “the average Venezuelan earns just 72 cents per day, meaning very few of them could afford such transfers.” Furthermore, the overall number of transactions was under 1,000 per month.

An expert on Venezuela told the firm that “Criptolago’s transaction activity suggests the platform may be used primarily by individuals connected to the Maduro regime seeking to launder funds or move them out of Venezuela.” Nonetheless, Chainalysis affirmed:

We do however, have a lot of anecdotal evidence that people in Venezuela have become increasingly interested in cryptocurrency.

“That fits with our interviews of cryptocurrency experts on the ground in Latin America — users not just in Venezuela, but in other countries facing harsh economic conditions, turn to cryptocurrency to preserve their savings in the face of monetary devaluation,” the firm emphasized. News.Bitcoin.com has also reported on several crypto initiatives to help people in Venezuela.

What do you think about Venezuela’s crypto adoption? Let us know in the comments section below.