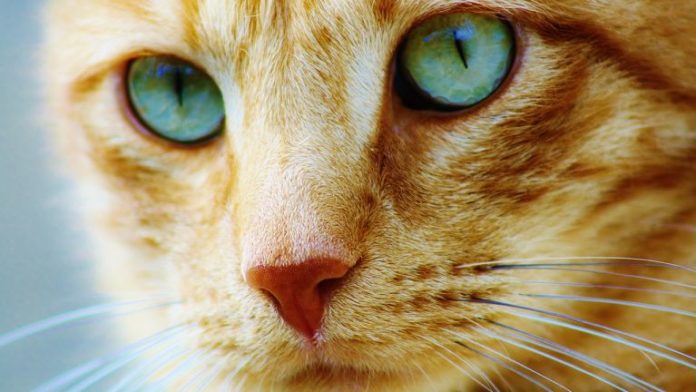 During the last few days, discussions concerning the Bitcoin Cash Difficulty Adjustment Algorithm (DAA) has become a polarizing debate. In the midst of all the quarreling, Viabtc’s founder Haipo Yang has announced a new fork of BCH called Bitcoin Cat.

News.Bitcoin.com recently reported on the arguments concerning the Bitcoin Cash DAA. Following the report, the very next day Bitcoin ABC published a blog post that detailed it would be using Jonathan Toomim’s Asert DAA.

However, at the end of the announcement, the lead developer of Bitcoin ABC, Amaury Séchet, detailed that the Infrastructure Funding Proposal (IFP) would be added to the next upgrade. This decision made the debate become contentious once again, and now BCH proponents are squabbling over the IFP. The IFP will take 8% of the coinbase reward and dedicate it to developers.

In the midst of all the infighting, even before ABC’s most recent announcement, Viabtc’s founder Haipo Yang has been toying with the idea of a new BCH fork. The Viabtc executive has been tweeting about the subject often and he also published a blog post about the experiment as well. On August 5, Haipo Yang tweeted:

I am considering building a new Bitcoin fork inherited from BCH called Bitcoin Cat. It’s a temporary name. Cats are cute and harmless, so they won’t have a war.

In addition, he tweeted that the BCH community “needs real leaders.” “Everyone who has favored Bitcoin Cash is welcome to participate and build CAT. Let’s make Bitcoin great again.” Then on August 6, Haipo Yang tweeted something a touch more controversial than just an idea about a new Bitcoin fork.

“If Bitcoin Cash removes the UTXOs that never move since the fork, we can double the block reward and fund the foundation without the IFP and without breaking the 21M limit,” Haipo Yang said. Then on Friday, the Viabtc founder revealed that after he put the idea out there it caused “a lot of discussion in the Chinese community.” Haipo Yang stressed:

Bitcoin Cat is a fork coin based on Bitcoin Cash, and it is likely to be born on November 15.

Haipo Yang’s Bitcoin Cat will have a number of differences than BCH and other blockchains as well. He said that smart contracts will be important and the basic script operations on Bitcoin are insufficient.

He also thinks the mining algorithm should be further modified to be more ASIC-friendly in the future. “The Bitcoin mining algorithm, if used as always, or whatever kind of DAA algorithm cannot eliminate the hashrate tide,” the blog post emphasizes.

The Medium blog post also notes that Bitcoin Cat might minimize the block time too. He also thinks that the protocol should be standardized and he also aims to add a “voting system.”

“The most important is the establishment of a foundation,” Haipo Yang stressed. Finally, Yang ends the blogpost with the contentious idea of voiding out UTXOs that are not being used. “I have another interesting idea: all UTXOs that have not been moved after the hard fork one year later are to be voided.”

Of course, this specific addition to Bitcoin Cat is somewhat controversial because some believe it is taking someone’s coins without asking. The concept is not new, however, as the United Bitcoin (UBTC) project also did a scheme which was similar.

United Bitcoin was forked on December 12, 2017, at block height 498777 but since the project was announced its fizzled away like bitcoin diamond, bitcoin candy, and super bitcoin. Although, UBTC still trades for $0.91 per coin with $117,000 worth of daily trade volume according to current data.

To fight against bad actors on the Binance platform, the Binance exchange has introduced a new KYC framework for Nigerian...