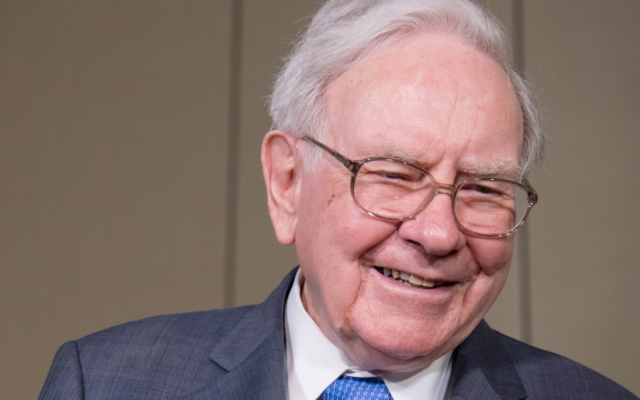 A new report from bitcoin and crypto load provider Genesis Capital reveals some interesting insights into institutional short-selling of cryptocurrencies. Notably, BTC is used less for speculation than altcoins while naysayers Jamie Dimon, Warren Buffett, and Nouriel Roubini are not shorting bitcoin.

Crypto-Loans provider, Genesis Capital has published its latest quarterly report and insights, covering Q1 2019 and beyond.

The first quarter of 2019 continued the upwards trend seen at the end of 2018, with an additional $425 million in new originations. This took the total since launching the lending business in March 2018 to over $1.5 billion, 38% quarterly growth. Active loans rose 17%, from $153 million to $181 million.

USD loans, using cryptocurrency as collateral, have grown to 10% of the active loan portfolio, following their introduction in Q4 2018.

Genesis published two charts in the report, indicating prominence of loans against price, for both ETH and LTC. 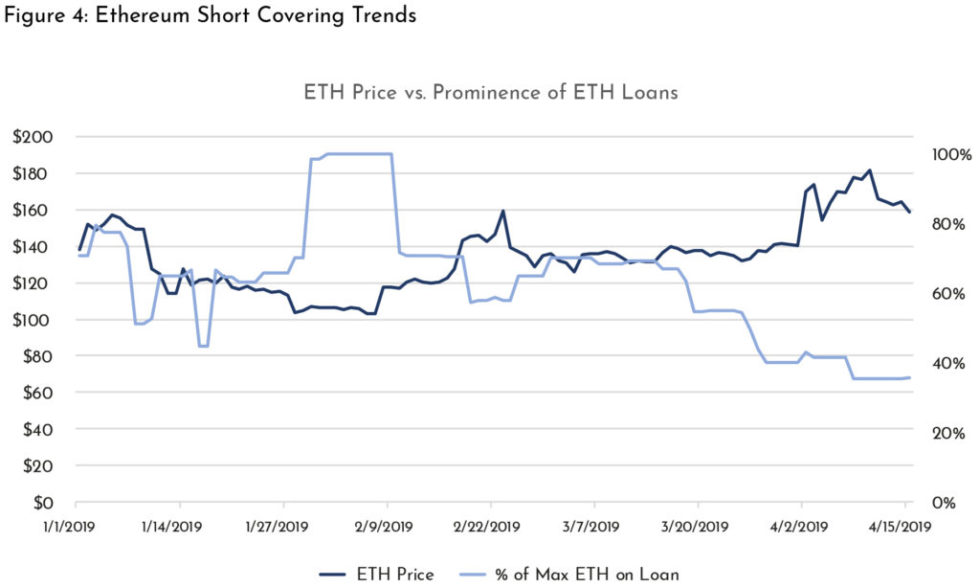 For Ethereum, loan prominence correlates inversely to ETH price 00. This indicates an increased interest in taking a loan of ETH to short against when the price is already low. 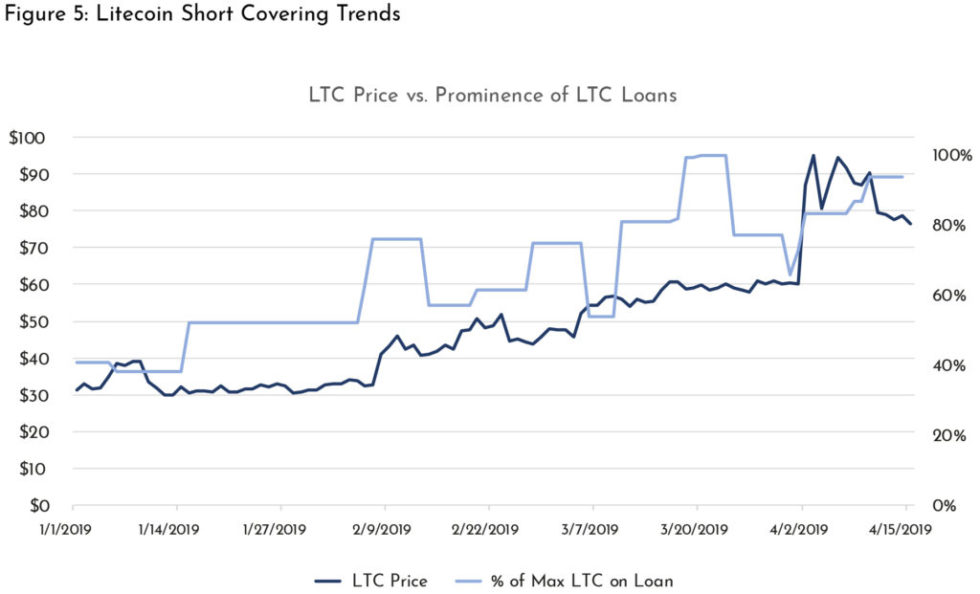 Litecoin, however, rallied throughout the quarter, giving an insight into the shorting psychology. LTC loans increase in prominence after each price spike, as shorters expect the asset to return to pre-spike levels. It is notable that the majority of these shorts are covered before the price spikes again, suggesting better information on or understanding of the asset.

BTC loans did not show the same correlation with bitcoin price 00, instead growing steadily throughout the quarter. Genesis are currently lending over 30,000 BTC.

Some suggestion that the business model encourages naysayers and bearish market participants by enabling large block OTC short-selling. However, Genesis say that they have not seen this type of counter-party.

Those participants who are shorting are often long something else, only short for a small window, and/or managing hedge funds that are long-term bullish on the space. In other words, Dimon, Buffett, and Roubini are not shorting. It is easy to say something is worthless but it is difficult to put capital behind that position and justify the risk of being net short in this market.

As Bitcoinist reported last year, Bill Gates claimed that he would short Bitcoin if there was an easy way to do it. Until that is, one of the Winklevii pointed out that there is, via Bitcoin futures contracts.

What do you think of these lending market trends? Share your thoughts below!

Bitcoin Press Release: AICoin, a blockchain company based in Singapore has made its first venture into Sevamob, a pioneer in...