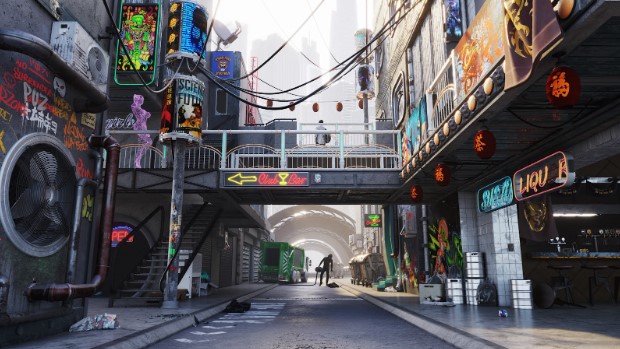 A nation is a large group of people who share a common ancestry, history, culture, or language and live in a specific country or territory.

Furthermore, a nation is typically associated with a state that maintains a monopoly on the “legitimate use of violence” internally and externally to ensure the existence of the Nation-State itself. The State also plays an important role in Nations by enforcing law and property rights for Nation-State citizens.

It is important to remember that a nation is a “fictional story,” a shared idea or collective illusion, similar to religions, corporations, and the value of money. However, despite not being physical, nations are powerful coordination tools that allow for large-scale collaboration between individuals who do not know each other, far exceeding the limits of Dumbar’s number.

Can we define Web3-based Open Metaverses as Digital Nations that exist in addition to traditional Nation-State Leviathans?

Let us begin with objects and, more broadly, everything that exists in Open Metaverses. The majority of the objects over which the Nation-State has jurisdiction in traditional nations are physical: territory, houses, people, goods, and so on.

The Metaverse has no Territorial Boundaries

The territory of a country is another essential element. The territory in traditional nations is naturally scarce, making it valuable and a source of contention between Nations. They may stake a claim to ownership of it for various economic, political, and religious reasons. These disputes are typically resolved violently, resulting in a semi-stable equilibrium between the nations.

In Open Metaverses, there is no such thing as a natural scarcity of territories. Metaverse territories, on the other hand, are, by definition, abundant. This is because a digital territory’s theoretical extension is unbounded. An Open Metaverse territory’s dimension is defined by its architects and guided by its citizens; scarcity is an artificial feature of such territories designed to increase the value and/or usability of the Metaverse itself. The territory of Open Metaverses, like that of objects, is defined by the NFT standard. Ownership of virtual Lands in the Metaverse grants publishing rights for anchoring content to such virtual locations, similar to how web domains work.

In traditional nations, the Nation-State, which gives identities to distinct physical beings, defines citizens. As a citizen, you automatically become a taxable entity and a valuable resource of the Nation-State. Citizenship also comes with responsibilities.

There is no clear-cut answer to this, but generally speaking, a tokenized stakeholder on such a platform qualifies as a citizen of an Open Metaverse digital nation. The tokenized stake can be represented by NFTs representing publishing rights on the nation’s digital territory or by fungible tokens driving its economy.

AR and VR to Play Crucial Role in the Metaverse

Most interactions in this new extended reality space will probably be powered by deep learning-based software, with chatbots and other natural language processing (NLP) technologies supporting all kinds of exchanges.

AI will also make it possible for the metaverse’s machines to correctly respond to user inputs regardless of the language used by the user, including text, images, and even video. However, this will need a ton of data, and it could take years to train such sophisticated NLP models.

OVER: The Future AR Metaverse

OVER is a decentralized metaverse platform that provides surreal AR/VR experiences.

OVER has become one of the most rapidly growing blockchain projects since its inception in 2020. It is a blockchain ecosystem owned by the community that allows users to explore the metaverse and engage in VR and AR experiences using smart glasses or mobile devices.

Its goal of establishing a new standard for augmented reality in the crypto ecosystem sets it apart from the competition. To do so, it has adopted an open-source model in which community members contribute to its growth, allowing it to be truly decentralized from its creators.

Furthermore, OVER uses NFTs to provide value to users and serve as a bridge between the physical and digital worlds. OVER has already provided users with immersive activities and treasure hunts for NFTs within its metaverse.