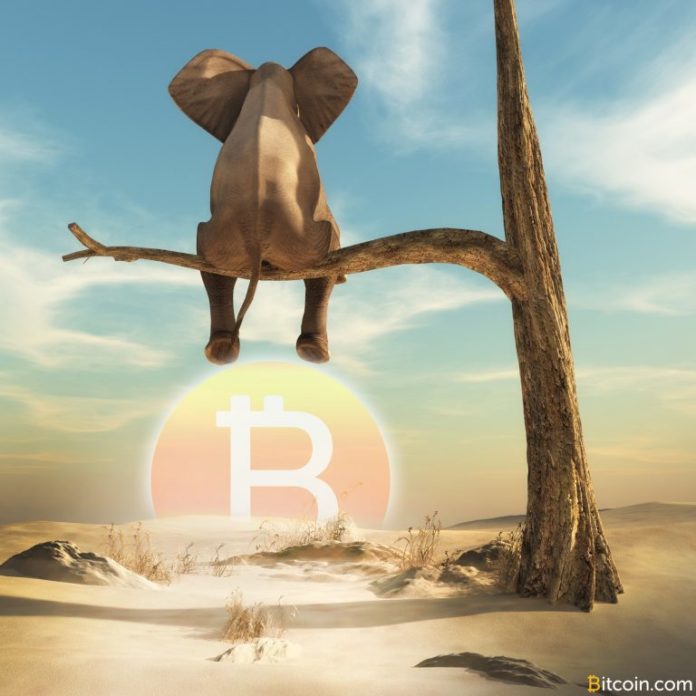 The Satoshi Revolution: A Revolution of Rising Expectations
Section 3: Decentralization
Chapter 8, Part 4
Crypto and the Impossibility of Knowledge in Planning

Bitcoin…is better understood using the conceptual lens of the Catallaxy: participants in Bitcoin spontaneously form a decentralized monetary and financial ecosystem, collectively choosing Bitcoin as a medium of exchange and store of value. Bitcoin is…an irrefutable demonstration of spontaneous order in action.

Cryptocurrency is a perfect example of catallaxy and of a remedy for its polar opposite: central planning. The opposites are at war, of course.

The concept of “catallaxy” is similar to that of “spontaneous order,” but the latter concept can be broadly applied to most areas of life. Catallaxy applies specifically to how economic order emerges in a system through the uncoordinated and diverse actions of individuals who pursue their own self-interests. The social theorist Friedrich Hayek defined it as “the order brought about by the mutual adjustment of many individual economies in a market”.

The obscure term captures a dynamic that is essential to the creation of civilization: cooperation. If human beings are to rise above the level of Robinson Crusoe or savagery, then they must interact to mutual advantage. Historically, the “cooperation” is usually orchestrated by a central authority-a government, a tribal leader, a religion-that negates the voice of the individual. One reason people agree to be silenced is because they worship the authority, which makes them willingly or unthinkingly sabotage their individualism.

And yet, human beings are conflicted. Most hope to be the type of person who would stand between a lynch mob and the black man it is hunting. There is a yearning to be heroic and unique, even if it is expressed by standing in a crowd in which everyone yells, “I am unique!” This is not always hypocrisy. It is often a conflicted but honest response to two antagonistic urges: worship of authority; and, the need to feel real as an individual.

Recent centuries have given us a new paradigm of how cooperation creates civilization-a paradigm other than control from on high. Civilization rises from the grassroots. It arises through the uncoordinated and voluntary association of individuals and groups. It comes from catallaxy, which is sometimes called “catallactics.” The concept was a long-sought-after intellectual breakthrough that allowed free-market advocates to explain the evolution of society without a central authority.

In his masterpiece Human Action, Ludwig von Mises attributed the concept’s origin to the 19th century economist and academic Richard Whately who wrote, “A[dam] Smith, indeed, has designated his work a treatise on the Wealth of Nations; but this supplies a name only for the subject-matter, not for the science itself. The name I should have preferred as the most descriptive, and on the whole least objectionable, is that of catallactics, or the ‘Science of Exchanges’.” Whately sought what Mises called praxeology-the science of human action-but he focused on economics.

Digital currencies are the most fascinating example of economic spontaneous order that has occurred in decades. It may not seem to be grassroots economics because it is so technologically sophisticated, but it is as grassroots as it gets. As a practical matter, however, free-market crypto stumbles over an obstacle. Users still buy into the trickle-down version of organization, and they tend to surrender their independence to centralized exchanges that function as central banks. Like banks, the exchanges maintain control of deposits, which is de facto ownership, and they report all transactions to the government. People are free to choose for themselves, of course, but central powers inevitably violate the principle of free choice by banning anything that competes with them for power or money.

Thus, the ideological struggle within crypto is between centralization and decentralization. Governments need the first to control the economy; individuals need the second to achieve financial independence. There can be no compromise between the two because they are antithetical. But, as a matter of brute reality, both operate side by side within most societies because they each satisfy a competing urge within many human beings: a desire for authority, and a desire to be free. Authorities benefit tremendously, of course, and their motives are clear. But they could not prevail if a sufficient percentage of the population did not agree enough to go along.

Both government and the free market provide conflicting models for social order and civilization.

No one championed the free-market dynamic more vigorously than Hayek. He  argued persistently against what he called “constructive rationalism”-the belief that social order should be constructed by a central authority. He argued that it should not be but also that it could not be constructed. All that could emerge was government-imposed order, which was the opposite of social order. Hayek’s definition from The Constitution of Liberty: “Order with reference to society thus means essentially that individual action is guided by successful forethought, that people not only make effective use of their knowledge but can also foresee with a high degree of confidence what collaboration they can expect from others.”

Hayek’s arguments differ from the usual crypto critique of trusted third parties because he does not dwell on the corruption of the system. He focuses on its disutility. Satoshi Nakamoto’s White Paper also touches on the practical flaws of the central banking system, but Hayek differs from Satoshi as well. Satoshi offers precise critiques of real practices; Hayek offers fundamental critiques of the inherent inability of the system to provide what it claims. Another way to state this: conceivably, the faults addressed by Satoshi could be corrected because they are practices. The faults attacked by Hayek are insurmountable because they form the ideological foundation of central planning.

He knew first-hand the consequences of central planning, which he called rational constructivism. Hayek had witnessed the devastation of classical liberalism by two world wars, but especially by World War I, which broke the mold of the free market. Wartime governments clamped centralized control over the private sector to ensure the flow of armaments and other “necessary” goods. Governments inflated their monies to pay for massive military build-ups. And war strangled the flow of free trade that classical liberals considered to be a prerequisite to peace, prosperity, and freedom. In short, Hayek had watched as 20th century statism replaced 19th century classical liberalism. Central planning was the mechanism through which freedom had been destroyed.

In response, Hayek developed a sophisticated system of social theory to explain how the institutions of society naturally evolved from the bottom up, which meant they could evolve once more. He maintained that the natural institutions of society were the collective and unintended results of human action. Even complex social phenomena-such as religion, language, or money-were the unintended consequences of individual interactions. For example, no central authority decided to invent human speech, let alone to design a language as specific as English. Acting solely to achieve their own ends, individuals began making sounds to facilitate getting what they wanted from others, whether the goal was economic or more personal. Speech resulted from human action but not from human design, and it naturally evolved into language. The evolution may not have proceeded with scientific efficiency, but it was efficient enough to speed along the development of civilization. The efficiency of government programs suffer by comparison, to say the least.

Yet constructivists claimed that an unplanned society is chaos. With sufficient knowledge and a scientific approach, a perfectly efficient society could be engineered. No surpluses, no scarcities, no waste. Stock markets would not crash, and currencies would not fluctuate. Society could be designed so that its members walked in unison toward the same desirable social goals, just as they marched toward victory in war.

Hayek bluntly stated that the knowledge constructivists sought is unattainable. It is not possible to plan the dynamics of tomorrow based on yesterday; predictions may be possible but knowledge is not. It is impossible because people and circumstances are erratic. Even a small thing, like the price of bread yesterday, does not give knowledge of the price tomorrow or what a person will be willing to pay. The price of bread might skyrocket due to a shortage, or the person might value the loaf differently. Using yesterday to engineer tomorrow goes against a fundamental tenet of human action: the principle of inevitable change. Human beings are fundamentally different from the physical objects examined by the hard sciences. A scientist can learn everything he needs to know about the behavior of an object, and the information might not change over time. But human beings act on psychological factors and motivations that are hidden, often from themselves. Society does not consist of objects that can be neatly categorized and made to obey the laws of science. Society consists of unpredictable individuals who react to changing circumstances.

In Human Action, Mises commented, “Human action originates change. As far as there is human action there is no stability, but ceaseless alteration…The prices of the market are historical facts expressive of a state of affairs that prevailed at a definite instant of the irreversible historical process….In the imaginary-and, of course, unrealizable-state of rigidity and stability there are no changes to be measured. In the actual world of permanent change there are no fixed points…”

Throughout the work of Hayek and Mises, two closely related concepts emerge again and again: methodological individualism, and spontaneous order. The two concepts are an essential part of the ideological backbone that forms the structure of cryptocurrency. They also explain why the explosion of freedom brought by crypto was so unexpected. It sprang from individuals and from freedom of action.

Cryptocurrency resembles the lone-gunman theory. History stumbles along a fairly steady, though not necessarily salutary path. Then a lone gunman jumps out of nowhere and shoots Archduke Franz Ferdinand of Austria, or some other prominent figure. In the case of Franz, the assassination sparked WWI. History changed forever.

The centralized financial world was stumbling along a path until crypto jumped out of the bushes and assassinated the banking system. Economic history changed forever, and it cannot be undone. But, to understand the power and potential of crypto, a clear sense of spontaneous order is necessary. The free-market model of freedom and the institutions it requires depend upon it.

The post Wendy McElroy: Crypto and the Impossibility of Knowledge in Planning appeared first on Bitcoin News.