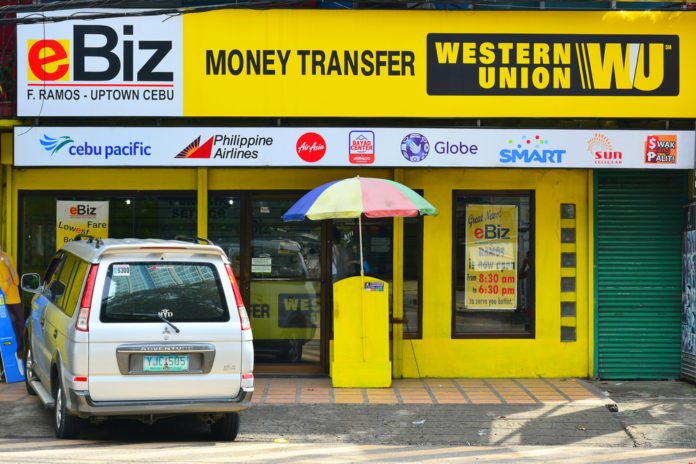 The Philippines is one of the most important markets for cash transfers abroad. Previously, customers always had to go to a WU branch. Now, however, the US provider is cooperating with a Philippine FinTech company, which allows transfers directly into the e-wallet.

The US-American provider of international cash transfers Western Union recently announced a partnership with the Philippine startup Coins.ph. It will allow people in the Philippines to transfer money remotely from abroad directly into an electronic wallet. Although Western Union customers have been able to ship cash from abroad, recipients have had to visit a US provider’s branch each time to receive the money they send, often with long waiting times. Although there is a well-developed network of WU locations in the Philippines – 12,000 in number – in particular, people living outside of cities have had to travel long distances to seek out the US operator’s nearest location. This is now facilitated by the cooperation of the two companies.

Philippines – one of the most important remittance markets

Coins.ph has committed itself to using blockchain technology to enable anyone, even those without a bank account, to conduct financial services – by mobile phone. The Philippines is one of the countries where most cash transfers from abroad are made domestically, as many Filipinos work abroad and send money to their families. According to estimates by the World Bank, a total of $ 610 billion has been sent to the so-called remittances market in 2018, and the trend is rising. While providers such as Western Union and Money Gram hold large market shares, there are also more and more startups dedicated to remittances.

Transfer to the e-wallet

Since it is an avowed goal of cyber-devisen, such as Bitcoin, to facilitate cross-border, fast payments, it is fitting that startup-based blockchain technology, such as Coins.ph, will be used to meet this vision. The money transferred from Western Union ends up in the recipient’s e-wallet: “By combining Coins.ph’s payment technology with Western Union’s extensive global network, we offer Filipinos a seamless way to digitally receive money” , summarizes Coins.ph CEO Ron Hose in the WU press release. Once the money is in the app, it can be sent for free to other app users. It can also be used, for example, to pay electricity bills, public transport tickets and goods at participating shops.

Although the deal between Western Union and Coins.ph will not make payments cheaper, as the US provider continues to charge for payment processing, more people are gaining access to financial services that do not live close to a WU affiliate or have any Bank account. However, if crypto-technologies continue to prevail in the future and digital transfers are increasingly digital, traditional financial service providers such as Western Union or Moneygram will also be able to cut operational costs and reduce remittance fees, TechCrunch suspects.