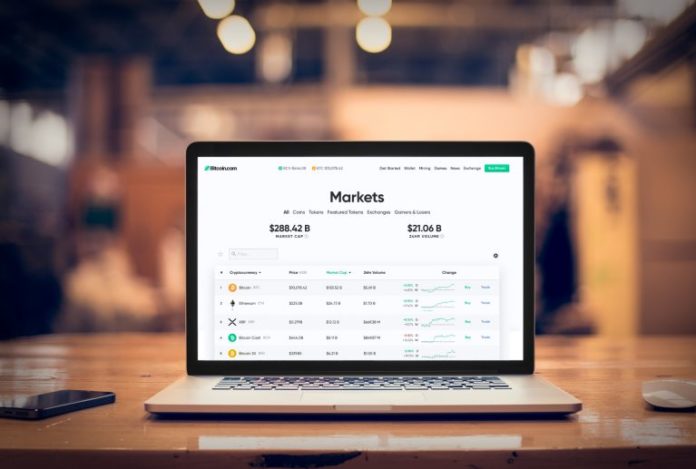 According to crypto market capitalization aggregators, there are more than 5,000 cryptocurrencies in existence today and over 20,000 different types of markets. BTC is the oldest and most known digital asset and most everything else has been typically referred to as an “altcoin.” The term refers to any of the thousands of prevalent cryptocurrencies that aim to work alongside bitcoin and each other, or are competing for ultimate domination.

Since 2011 the Rate of Altcoin Issuance Has Grown Exponentially

Satoshi’s creation has been around for over 11 years now and there are 5,098 alternative cryptocurrencies (altcoins) that exist next to the creator’s invention. Cryptocurrency historians widely consider the Namecoin network as the very first altcoin and the term ‘altcoin’ was allegedly first described by the developer Andrew Chow.

Namecoin was launched on April 18, 2011, and the project aims to decentralize domain registration. Between 2011 and 2014 — before the 2015 blockchain hype — the rate of Altcoin launches started to grow exponentially. Following namecoin, bitcoiners witnessed the birth of ripple, litecoin, peercoin, feathercoin, mastercoin, counterparty, and unobtainium. There are now thousands of digital currencies that used the BTC codebase and developers have changed a few minor details with coins like einsteinium, litecoin, dash, zcash, and novacoin. There are also forks of Ethereum (ETH) with networks like ubiq, ethereum classic, and wanchain. Bytecoin has a unique codebase and also has a plethora of forks including monero, boolberry, and electroneum.

Ripple has the fork stellar and NXT has forks like nem, ardor, and burst. When you travel further down the rabbit hole, you will also find tokens created by networks like Tron, Bitcoin Cash and Ethereum using the TRC20, SLP or ERC20 token standards. Some forks were born directly from the codebase hosted on sites like Github and some forks are created by a blockchain diverging into two different chains. If a group of people tweak the original code and run the software differently than the main consensus rules, they will fork off into a new blockchain scheme.

A Number of Cryptocurrencies Are Dead, But That’s Not Stopping Developers from Creating a Better Bitcoin

Today, the thousands of digital assets in existence are tallied together on market valuation websites like coinmarketcap.com, markets.bitcoin.com, and messari.io. Out of all the cryptocurrencies traded on the open market, the valuation of all 5000+ coins in existence is around $285 billion today. The BTC network captures around 63% of the overall market capitalization with its net value at $183 billion. A December, 2013 historical snapshot from coinmarketcap.com shows that the top ten cryptocurrency market caps were a lot different than they are today. BTC only had a valuation of around $13 billion in December 2013 and the altcoins beneath it were totally different coins than today’s top ten list. The top ten during the last month of 2013 included BTC, LTC, XRP, PPC, NMC, MEC, FTC, WDC, XPM, FRC, and NVC. The top ten list today, in February 2019 includes BTC, ETH, XRP, BCH, BSV, LTC, EOS, USDT, BNB, and XTZ.

If Satoshi Nakamoto was a genius, people probably wonder why there are thousands of digital tokens in the cryptoconomy. A few people know what they are and where they came from but often think about why altcoins exist. There are lots of reasons why altcoins exist and its mainly because people can do what they want in this permissionless environment. But also, some individuals, groups, and developers believe they can create a cryptocurrency project that outpaces BTC or they’ve created a coin to offer compatibility, but also different features than BTC.

Some projects claim to offer better anonymity and some coins aim to tackle a specific industry like entertainment. There are digital assets that provide people with the ability to create their own tokens and develop smart contracts as well. Altcoins exist because Satoshi not only unveiled the Bitcoin network, but the anonymous creator also opened a kind of Pandora’s box in the worlds of tech and finance. Now that the box is open, there’s no going back and it doesn’t seem like the rate of altcoin issuance is slowing down any time soon.

The post What Are Altcoins and Why Are There Over 5,000 of Them? appeared first on Bitcoin News.

Wendy McElroy: Crypto is Banking for Anarchists and Average People

“What I love about Bitcoin is that instead of some rich old guy on Wall Street, young poor people are...