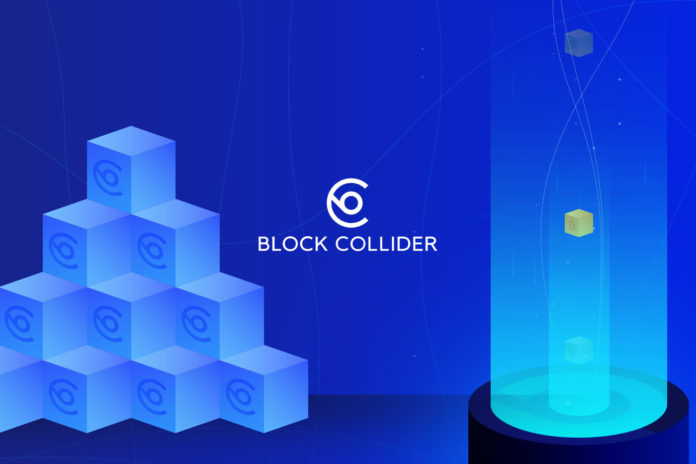 The debate between proof-of-work (PoW) and proof-of-stake (PoS) consensus is rapidly gathering mainstream attention in the broader cryptocurrency community drawing from the numerous PoS-based projects and interchain networks on the horizon.

However, Block Collider is an interchain blockchain protocol selecting to retain the power of PoW blockchains with a slight optimization of Nakamoto Consensus. Designed to facilitate an interoperable ecosystem of connected blockchains — no matter their consensus design — Block Collider’s proof-of-distance (PoD) consensus stands out in a crowd of uncertain PoS and validator designs.

Read: What is Block Collider?

One of the most fundamental principles of any form of hard money is unforgeable costliness, which may be the most powerful feature of Bitcoin and the premier value proposition of PoW consensus. Block Collider strives to expedite the transition to a more interoperable framework of blockchains without sacrificing the unforgeable costliness of PoW.

The lack of interoperability among blockchains precludes them from reaching their full potential. Many projects are actively seeking to break down these ‘walled gardens’ with standardized communication protocols and new consensus/incentive designs.

Block Collider deploys a nuanced approach that facilitates interoperability between blockchains without the use of validators — commonly deployed in other interchain frameworks. To accomplish this, Block Collider created an optimized version of Bitcoin’s Nakamoto Consensus, which is a PoW system. Known as ‘proof-of-distance’ (PoD), it is worth evaluating the unique advantages that PoD confers the Block Collider network.

PoD modifies the computational challenge of PoW Nakamoto Consensus by tailoring the difficulty to a ‘string edit distance.’ The valid chain remains the longest chain with the most work but filters the necessary hashes for solving the PoW puzzle based on a threshold referencing an exact distance set.

Block Collider still references previous blocks and transactions via proofs and block headers — with a slight tweak. According to the white paper:

“However, unlike other blockchains, Block Collider blocks do not have a fixed number of transactions. Instead, each block “distance balance” which the sum of the block’s transaction distances must stay below, which is based on the amount of Emblems the block miner owns.”

For context, Bitcoin’s PoW puzzle is essentially a lottery-like race to find the nonce value below a specific threshold. The likelihood of mining the next block corresponds directly to the participating entity’s hash power, and blocks have a fixed size.

“Thus, transactions with lower distances have a greater chance of getting into a block with minimal fees, so that a user can pre-mine the distance and increase the probability of inclusion 3 mining on the collider 12 in a block even with lower fees. Otherwise, a transaction might include no work and a significant fee which incentivizes the miner to allocate some of its mining power to adding the transaction,” cites the white paper.

Block Collider’s blockchain depends on the ‘bridged’ chains connected to it, so its block interval is also dynamically adjusting. The blockchain can adapt to the variable rates of bridged chains. For instance, Ethereum mines blocks at roughly every 30 seconds while Bitcoin at an average of 10 minutes.

The actual mining of the chain that leverages the ‘string edit distance’ is the computational challenge designed to locate the hash satisfying a minimum edit distance between the hashes of member chains, transactions, and previous block.

Traditional hash mechanisms like Nakamoto Consensus rely on finding a distance between a base reference point (i.e., zero) and the hash. According to Block Collider:

“Edit distance expands this implicit notion of distance into multidimensional space. Because edit distance and more traditional proof-of-work challenges share this fundamental core, both approaches can easily adjust the computational difficulty by moving their distance threshold.”

Block Collider also separates transaction and block mining into independent processes. Transactions are pre-mined, which makes it easier for miners to include transactions in discovered blocks — reducing the computational requirements for miners to mine and increasing decentralization.

Overall, PoD is a hybrid PoW mechanism optimized for an inter-blockchain framework without sacrificing its security and immutability assurances. The design of PoD also comes with some inherent advantages when comparing Block Collider to other interchain platforms.

Advantages of Proof of Distance on Block Collider

The conventional approach among interchain projects like Cosmos, Polkadot, Ark, and Cardano is their use of fast-finality consensus algorithms like proof-of-stake (PoS), delegated PoS, or some variation of the two.

However, these types of models rely on validators, parties with stakes in the network to which trust is delegated. Such schemes face legitimate concerns in their long-term sustainability. Block Collider differs by weaving together different blockchains and consuming blocks from each chain to build its own chain. It performs this without sacrificing the individual consensus of each chain or requiring them to have a specific type of consensus (i.e., fast-finality).

The security assurance of Block Collider’s PoD is also powerful since malicious miners attempting a chain reorganization would need to reverse the entire Block Collider chain along with the hash power difficulty of the targeted bridged chain.

The absence of validators in Block Collider leads to some striking benefits in three primary areas:

Trust is delegated to validators with considerable token balances who determine the validity of the blockchain’s state. This presents centralization risks as validators with lower stakes (due to capital constraints) lose motivation to stake their tokens and earn back small rewards. With lower validator participation comes increasing control of wealthy validators who also have an incentive to collude and front-run trades.

Block Collider’s dependence on PoD, which is based on PoW, removes this security concern from the interchain network prevalent among its competition. Transaction mining on Block Collider even enables miners without ASIC hardware to participate — lowering the barriers to entry and supplementing decentralization.

A fundamental advantage of Block Collider over other interchains is that it does not require any modification of the bridged chains. For instance, Polkadot and Cosmos have consensus requirements for plugged in chains; Block Collider does not. The result is a much lower threshold for compatibility, an important property for expansive interoperability.

Block Collider also explicitly references its singular purpose — to provide interoperability between blockchains. It does not offer shared security or scalability but rather focuses on doing one thing really well. Reducing the complexity by this approach also confers a reduced attack surface as many attack vectors in validator networks emerge from their complexity.

PoD consensus relies on header states and Merkle proofs of its connected blockchains to store the Block Collider chain. The aggregate size of the data necessary to reference the valid states of other blocks is correspondingly minimal, akin to roughly 1 percent of the overall blockchain size.

As the network continues to grow, the team is researching block compacting and pruning processes that would assist in lessening the storage size of the blockchain.

Similarly, one of Block Collider’s unique properties is the ability to have a high block issuance rate that correlates to the member chains. Block Collider blocks always arrive faster than the fastest member chain. The higher block velocity means an increased on-chain transaction throughput capacity, which the mining design was explicitly tailored towards.

Block Collider’s PoD consensus mechanism is unique among the emerging interchain protocols for the future ecosystem of interoperable blockchains. By retaining some of the critical assurances of PoW and optimizing the algorithm to be agnostic to other blockchain consensus algorithms, PoD offers an alternative to fast-finality interchain models — forged from Bitcoin’s Nakamoto Consensus design.

The post What is Block Collider’s Proof of Distance (PoD) Consensus? appeared first on Blockonomi.

One has to commend any blockchain company for trying to explore new boundaries and opportunities. Although most people associate Ripple...