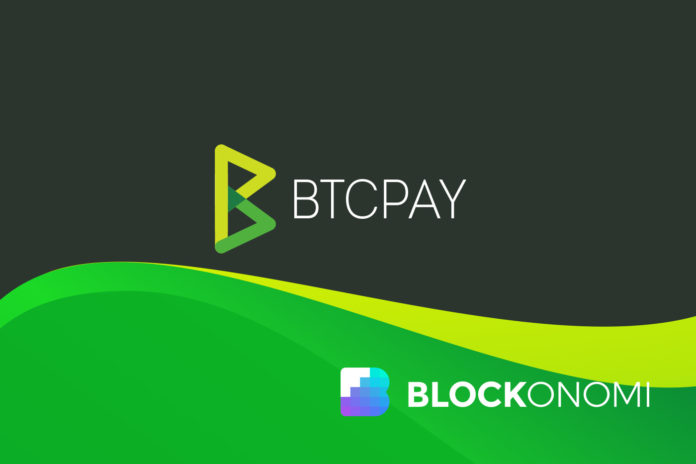 Bitcoin’s potential as a decentralized, P2P digital currency is, in many cases, limited by the extension of the application and design space around the legacy cryptocurrency. Particularly in regards to merchant adoption, legacy payment processing services remain much more straightforward to use.

Bitcoin is an invention of money, not explicitly payments. However, furthering its adoption as a means of payment will go a long way in bolstering its prominence among the mainstream.

Trusted third parties are security holes, but the convenience and familiarity of established third-party services in payment processing is difficult for Bitcoin to overcome as a popular censorship-resistant currency with no intermediaries. However, BTCPay Server is rapidly expanding upon its feature set to provide a user-friendly and viable alternative to legacy payment processing systems.

BTCPay Server is an open-source, P2P payment processor for Bitcoin and other cryptocurrencies where users can self-host their own server and effectively process their own payments. The project has myriad benefits for merchants, and it is a powerful tool for influencing further adoption of Bitcoin by highlighting its advantages to brick-and-mortar stores, e-commerce platforms, and other online vendors.

Payment processing has long been dominated by powerful companies like Visa and Mastercard, who operate their own servers that are integrated with conventional banking systems to process debit/credit card payments online and at the point-of-sale. However, from the merchant perspective, the processing and service fees charged by companies like Visa can sometimes become a pressing financial burden.

Kroger’s Smith’s Food and Drug stores recently announced that they will stop accepting Visa credit cards because of the excessive transaction fees — which Visa is planning to increase soon. The decision to move away from Visa highlights the adverse weight that transaction fees can have on the bottom line of a business, especially smaller enterprises.

BTCPay Server is an open-source project that has grown impressively over the last year. It is non-custodial and charges no fees for its use. The project is designed around providing merchants (and general Bitcoin users) with a method for accepting cryptocurrency payments without intermediaries and a focus on privacy, security, and censorship-resistance.

BTCPay Server currently does not offer fiat conversion because they emphasize no KYC/AML and privacy, but the non-custodial, P2P, and no transaction fees present a compelling option for businesses and merchants looking to transition away from services like Visa and Mastercard. Using BTCPay Server does not have to be mutually exclusive with legacy payment rails either. Pay buttons and cryptocurrency invoicing options can function as additional features on e-commerce stores via simple plugins.

There are assuredly some variables that need to be accounted for, such as the manual conversion of Bitcoin to fiat and the small subset of Bitcoin users, but the advantages of BTCPay Server are evident — and fiat conversion is even on their roadmap.

At a high level, BTCPay Server is an automated invoicing system where users can select to go down two avenues with the service — self-hosted payment processing or third-party payment processing. Self-hosting is recommended, as you don’t have to rely on another party’s server, but requires some technical knowledge to set up.

The project’s documentation has extensive step-by-step instructions for choosing your deployment method. Self-hosting requires that you run your own server with recommended hardware where you can create an unlimited amount of stores on the server. The wallet is directly built-in, is non-custodial, the private keys are never uploaded to the server, and you can even process payments for others.

Hardware wallets can be integrated with the native BTCPay Server wallet, and invoicing is managed through a user-friendly interface.

Relying on third-party server instances is more straightforward for beginners, and can be useful in onboarding more users. However, some key features like the Lightning Network, wallet re-scans, and server settings access are not available with using third-party hosts.

Various deployment options include Web, Microsoft Azure, Docker, Google Cloud, Manual, Third-party, and Hardware. BTCPay Server provides a demo of the interface for creating stores and interacting with the servers on their website.

BTCPay Server has a rich feature set that is gradually expanding and offers some unique advantages to users of the project.

First and foremost, BTCPay Server is free and open-source. It is not a third-party custodial company and does not charge any fees. Merchants who use the service receive payments directly from consumers, with no middlemen. Therefore, besides the on-chain transaction fees of the cryptocurrency applied, there are no transaction or service fees for merchants — a vast improvement over providers like Visa and Mastercard.

Users retain complete control over their private keys, and even with third-party hosting, they are not exposed to the operator of the server. As a non-custodial service, security relies primarily on the user for protecting their private key — only the xpubkey is required by BTCPay Server to generate payment invoices.

This coincides with the project’s privacy advantages, as no KYC/AML is required and only emails are necessary for registering with the service. Only relevant data to the transaction between merchant and consumer is shared. BTCPay Server even automatically generates a new address for each invoice, removing the potential for common mainstream privacy errors where using the same address can lead to easily identifiable information about a user.

Anyone can deploy a BTCPay Server: the project is decentralized and open to any merchant or general cryptocurrency user to try out. It derives its censorship-resistance from Bitcoin and the fact that it is open-source, meaning users can quickly deploy and re-deploy server instances — nobody controls it except for each independent user running the software.

Some of the highly practical features of BTCPay Server is that it is compatible with several of the most popular e-commerce platforms including WooCommerce, Drupal, Magneto, and PrestaShop. Using a simple plugin, BTCPay Server can be integrated with a few clicks if you follow the step-by-step guide.

Users have even built web-based point-of-sale payment solutions using the project. Brick-and-mortar stores can leverage the PoS app for accepting crypto payments, and a pay button is available for receiving fixed donations.

Finally, BTCPay Server is compatible with Bitcoin’s Lightning Network (LN), which allows users to reduce the on-chain transaction fees for receiving Bitcoin payments. BTCPay Server offers both the c-lightning (Blockstream) and LND (Lightning Labs) implementations of the LN. The project gives step-by-step guides for setting up an LN node, which requires some more technical experience, and you can even connect BTCPay Server to Lapps built on Lightning Charge.

Projects like BTCPay Server are critical to the future success and adoption of Bitcoin because they offer highly practical features for organic areas of growth — all while remaining in line with the censorship-resistant vision of Bitcoin. While not currently realistic for most merchants to begin a wholesale transition to BTCPay Server, it can offer a vital boon for businesses in hyper-inflationary states like Venezuela or as an additional payment option that exposes merchants to a niche audience.

Holding Bitcoin is not ideal for merchants at the moment due to its volatility, so it will be interesting to see how exchange services and fiat conversions adapt and integrate with the likes of BTCPay Server. For now, BTCPay Server represents another significant tool for Bitcoin users that supplements its adoption without compromising the narrative.

Who is Satoshi Nakamoto? We Look at The Possible Candidates

Bitcoin was conceived as a communal project. Designed as an open-source software and released to the public in 2009, Bitcoin...