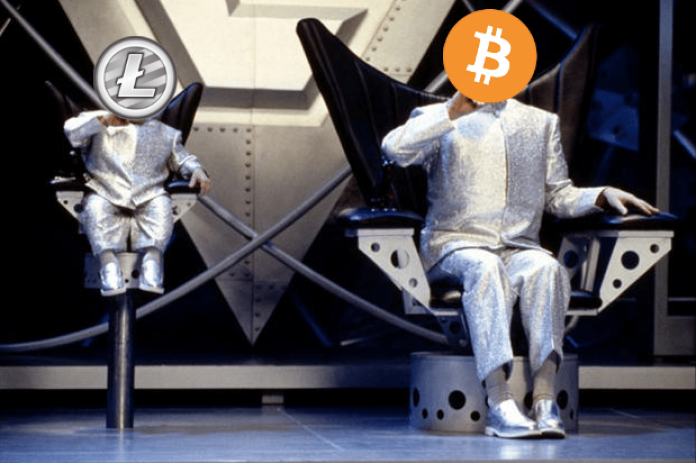 Litecoin (LTC) is a decentralized peer-to-peer cryptocurrency that was released on October 7th, 2011, and went live on October 13th, 2011.

“The silver to Bitcoin’s gold. Bitcoin’s little brother that doesn’t get out much.”

These are just a few of the things you might hear getting tossed around when crypto enthusiasts talk about Litecoin. At first glance, Litecoin doesn’t garner much respect as a top 10 market cap cryptocurrency. However, once you get into the weeds, Litecoin presents an extremely useful and interesting application of the original Bitcoin blockchain. For all the flak Litecoin gets, it’s easy to overlook what it actually is, and what functions it serves.

In this guide, we’ll cover the following sections of the project. Skip to a particular one if you prefer to get straight to it:

The Low-Down on Litecoin

Former Google employee Charlie Lee founded Litecoin. It was one of the first forks of the Bitcoin core client. It was proposed as a solution to some of the bottlenecks and scalability issues with Bitcoin, most notably the number of transactions that could be processed within a given time frame. The edge Litecoin has over Bitcoin is that the payment transaction costs are extremely low, and it is capable of facilitating payments around four times as fast.

The Silver to Bitcoin’s Gold

There’s a reason Litecoin receives a lot of comparisons to Bitcoin. Except for a handful of minor distinctions, Litecoin serves the exact same purpose as Bitcoin. After all, it was one of the first Bitcoin forks.

Litecoin was one of the first Bitcoin forks.

Comparing Litecoin to Bitcoin not only makes sense from a convenience point of view, but it also lets us zone in what makes it different at a technological level. Litecoin is meant to be used as a peer-to-peer cryptocurrency. It is actually able to accomplish the same job Bitcoin does at a faster and cheaper rate.

Transaction confirmation speeds play a huge role in how quickly a currency gets adopted. Bitcoin confirmations usually take around ten minutes with periods as high as 2,548 minutes. Litecoin’s network is able to confirm transactions at a much quicker rate.

Litecoin’s verification period lasts a fixed 2.5 minutes. For every individual Bitcoin block that gets confirmed, four Litecoin blocks of equal size get confirmed.

The cost of sending any denomination of LTC costs around $0.02, whereas Bitcoin currently hovers around $0.35. The costs are all but negligible currently, however, during peak traffic, Bitcoin transaction costs appear to rise quite dramatically. This is an immediate advantage for small transactions since splitting a $10 Uber with a friend doesn’t make sense for most people if you have to pay $5.00 on top of that. Litecoin offers the option to pay for everyday goods without high fees that start to add up very quickly.

One of Litecoin’s goals is to distribute hash power more evenly than Bitcoin’s network. This includes mining pools, mining groups, and a much smaller (and less decentralized) subset of miners. Litecoin aims to keep the hashing power decentralized.

Litecoin’s mining also keeps transaction fees relatively low due to the inherently higher total supply. There can only be 21 million Bitcoins in existence, whereas there can be up to 84 million Litecoins. This matters because it makes mining less competitive, and the more competitive mining gets, the higher the transaction fees.

While Bitcoin is dealing with some serious scalability issues due to its high transaction fees, Litecoin, in theory, is able to churn out block after block and retain its lower transaction costs. Granted, not as many people are using Litecoin as they are Bitcoin and could theoretically end up dealing with the same scalability issues if it were to experience similar growth and usage, but that simply just isn’t the case yet.

Litecoin also uses the Scrypt hashing algorithm that utilizes much less processing power than the Bitcoin SHA-256 hashing algorithm. Placing a higher emphasis on utilizing high-speed RAM, Litecoin makes it much less possible for a single player (or small collective group of big players) to dominate the mining world.

It’s important to look at the differences in how both Bitcoin and Litecoin came about. The origins of Bitcoin’s founder are relatively shrouded in mystery. Satoshi Nakamoto (the pseudonym of Bitcoin’s founder) is essentially relegated to legend and myth.

Litecoin’s founder, on the other hand, has been publicly available and active in the community. You can find Charlie Lee on Linkedin or on Twitter, as @SatoshiLite. After working at Google and founding Litecoin, he also worked on the engineering side at Coinbase, one of the largest cryptocurrency exchanges in the world.

Lee appears to have an accessible and open nature compared to the mysterious secretive Satoshi. The fact that Lee is capable of making light (Lite) of the situation is very humanizing. Additionally, you’d be hard pressed to find any serious claims or illusions of grandeur within the Litecoin camp. It’s meant to make cryptocurrency accessible and usable for everyone and is perfectly fine with taking a back-seat role to Bitcoin.

The fact that Litecoin can hold its own weight when it comes to having a legitimate use case says a lot, especially in a cryptocurrency world with over 700+ alt-coins with dubious purposes. It does, after all, hold a market cap of upwards of $1.8 billion. That doesn’t just happen by dumb luck.

However, to be fair, users haven’t pushed Litecoin to its limits because there simply aren’t that many people using it. For the time being, Litecoin does exactly what it was created to do: offer low-cost, speedy transactions in a way that Bitcoin couldn’t.

When compared to Bitcoin, which has a market cap about 33x bigger, Litecoin does pose several advantages. As listed above, it’s capable of offering users lower transaction fees, faster transaction processing times, a more decentralized mining network, and its founder even throws out the occasional zinger on Twitter. These advantages technically make Litecoin a better coin for the vast majority of small transactions.

Luke has been shitting on Litecoin for years, but this is a new low! I think he’s just jealous that he didn’t create Litecoin himself. 🤣 https://t.co/LWw0wIzegd

Litecoin originally started gathering attention during its explosive growth in November 2013, where it saw a near 15x spike in price. This jump in price, however, was short-lived and Litecoin hovered around the $4 per LTC range for about two years. It wasn’t until May 2017 that it started to pick up steam again during a time where generally all cryptocurrencies experienced massive growth.

The price topped out at around $350 at the end of 2017 and the range-bound process seems to be playing out again. If history is anything to go by we may see prices dwindle for a year or two before the bulls return.

Litecoin has also been relatively innovative, adopting new technologies such as Segregated Witness and carrying out the first Lightning Network transaction that sent 0.00000001 LTC from Zurich, Switzerland to San Francisco, the USA in under a single second.

On a more controversial note, Charlie Lee reported that he sold all of his Litecoin holdings at the end of 2017. At the time, some community members had questioned his commitment to the project. This move was either pure genius or dumb luck from a trading perspective considering he timed the market to almost perfection. Smart investors may want to pay attention if he ever decides to buy back in.

Where to Buy Litecoin

Exchanges both large and small sell Litecoin so you shouldn’t have any problems picking up some. It is particularly popular in Asia on exchanges like OKEx, Bibox, and Huobi. If you’re looking for something a little closer to home you can grab some on Bittrex or Coinbase.

Where to Store Litecoin

Because of the wider adoption of LTC, there are quite a few ways to store it. If you are storing a large amount your best bet is always to go with a hardware wallet like a Ledger Nano S or Trezor. If you plan to trade it regularly and/or use it on a daily basis there are some more convenient options. You could go with the official desktop wallet for Windows, Mac, and Linux.

If you’re on the go you’ll probably want something more mobile like the Jaxx wallet or LoafWallet. Keep in mind that many exchanges provide mobile wallets, though you don’t actually hold your own private keys.

LTC is simply another cryptocurrency that just so happens to prove its use-case as a low-cost decentralized peer-to-peer payment method.

It was never made to go head to head with Bitcoin but its technological advantages do pose somewhat of a threat. While it might be theoretically “better” than Bitcoin, Bitcoin has already run off with the network effect of rapid onboarding a much larger and active user base.

Bitcoin also has the benefit of being a near household name by now, whereas Litecoin is much more obscure (especially as new tokens get added to the space regularly). The vast majority of people who jump into the cryptocurrency world will buy Bitcoin first. If their hunger isn’t satiated they may also grab some Litecoin and Ethereum too.

While it seems to function very well for what it’s meant for, it’s interesting to consider situations where it could experience massive user adoption and growth. There isn’t much meat on the bones of whatever loyalists are chewing on, but it’s worth noting that it could only be a matter of time before more people start to add Litecoin into their portfolios.

If, and this is a big IF, Bitcoin isn’t able to address its scalability issues, Litecoin will be there to at least offer the same utility without having to pay high (and if Bitcoin reaches the climax of its scalability problems – extremely high) fees.

Until then, Litecoin will likely hang around the top ten market-cap cryptocurrencies, doing the same thing it always has.

Editor’s Note: Ryan Smith updated this article on 19 December 2018 to reflect the recent changes of the project.

You can find more info on the coin, the team, and the project on the following channels:

The post What Is Litecoin (LTC)? | The Silver to Bitcoin’s Gold appeared first on CoinCentral.

Argentina ends the year on a Bitcoin high, as Athena Bitcoin Argentina rolls out seven Bitcoin ATMs (BATMs) with more to...