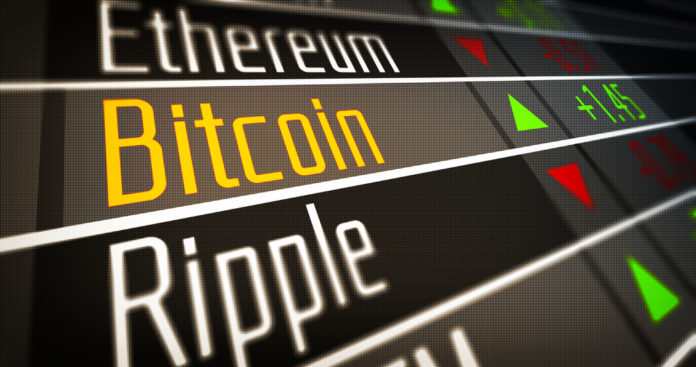 Making smart investments is the best way for any man to safeguard his future. This could mean investing in real estate, the stock market, shares in a company, or even commodities like gold. There is one other area of investment that an increasing number of men are turning to – and that is cryptocurrencies.

For many people, the crypto boom of 2017 and subsequent bust of 2018 passed by before they fully got to grips with what it all meant and how it all worked. With Bitcoin – hands down the biggest of all cryptocurrencies – now trading at a relatively stable rate (between $10,000 and $10,600), [MG1] we thought it would be a good time to assess the current state of cryptocurrency, where it looks to be heading, and most importantly, your investment options.

What is a cryptocurrency and how do they work?

A cryptocurrency is a digital currency that is managed and monitored through encryption techniques known as cryptography, while using blockchain technology to monitor and track all transactions.

This allows cryptocurrencies to remain decentralized, which means they are not controlled by a central bank like traditional currencies.

Cryptocurrencies, particularly Bitcoin, have predominantly been in the news over the past few years due to the crazy fluctuations in value. In 2017, for example, Bitcoin jumped from $997 to an incredible $19,665, creating a number of accidental millionaires in the process. On the flip side, many people got in too late, and in 2018 when Bitcoin’s value plummeted, thousands of investors lost a great deal of money.

However, all these dramatic market changes have distracted from the fact cryptocurrencies can be used exactly as the name says: as a currency.

Thousands of merchants accept bitcoin and other leading cryptocurrencies to purchase goods. Overstock became the first major online retailer to accept bitcoin, allowing users to purchase any items on their website using the digital currency. You can also book flights or buy jewelry, and there are even cryptocurrency-only online casinos.

To answer this question, it really depends which side of the fence you are on. Pro-cryptocurrency advocates insist the future is bright, pointing to the vast amount of money and resources being spent to enhance the blockchain technology to make cryptocurrencies even more secure in an attempt to further legitimize digital currencies and attract more people.

Harvard University Professor of Economics and Public Policy Kenneth Rogoff told Investopedia that “market capitalization of cryptocurrencies could explode over the next five years, rising to $5-10 trillion.

However, professor Rogoff tempered that ambitious forecast by predicting bitcoin’s surge in market value will be caused by an increase in users rather than a large spike in value, suggesting the currency’s long-term value would be closer to $100 than $100,000.

On the other side of the proverbial fence are the cryptocurrency naysayers, who believe that any currency that wants to become a mainstream asset needs to be centralized in order for it to gain an intrinsic value. It is a fair point – after all, the value of one bitcoin is only what someone is willing to pay for it. While the same is technically true for Fiat currencies, the fact they are tied to a central bank makes them far less volatile, particularly strong currencies like the US dollar, against which all leading cryptocurrencies are valued.

Will cryptocurrency ever go mainstream? And how?

The biggest obstacle facing cryptocurrencies should they wish to become a mainstream currency is that it will only be possible with increased regulations and government involvement. However, the very thing that has made cryptocurrenciesso popular – decentralization and deregulation – would be diluted were this to happen.

Mainstream status could also be earned on its own simply by having the majority of people making transactions using cryptocurrencies. Once there are more people using bitcoin than dollars, for example, then the landscape has shifted. However, the mind-bending complexities of cryptocurrencies can put anyone off and only people with a vested interest can begin to understand how it all works.

It means, in all likelihood, that if a cryptocurrency was to break through and become a mainstream currency, it would need to adhere to a number of regulations set by a established financial system, and strike a balance between the features offered by cryptocurrencies and the regulations required for a central bank-operated currency. At present, none of the leading cryptocurrencies can match both criteria, but that’s not to say a future currency will not.

The big question – to invest or not to invest?

The markets may have calmed somewhat in recent months, but investing in cryptocurrencies remains a highly volatile game. That’s not to say that you shouldn’t invest, but we recommend you only invest if you fit the following criteria:

You can play long-term: If you are looking for a quick and easy profit, then cryptocurrencies are not the place to be. Similar to the stock market, you can only succeed if you can stomach the plunges without panicking and cutting your losses. Ride out the lows and see where the highs take you.

You understand cryptocurrencies: Knowledge is power when it comes to investing and that applies to any investment avenue. Whether it’s real estate, start-up businesses or cryptocurrencies, understanding the intricacies of that industry is vital. Even if today is the first time you began to learn about cryptocurrencies, you are already increasing your knowledge. Stay on top of any new developments and trends – this will help to inform you of the best time to take the cryptocurrency plunge.

[MG1]Note (please don’t delete): This should be updated when getting published, it might change.

What Awaits Ethereum in 2020 – A Breakthrough of Resistance or New Lows?

Bitcoin is the Most Popular Crypto Asset Amongst Investors

South African Bank Nedbank Has Not Frozen Crypto Accounts, What?

Nedbank Not Looking to Shut Down Crypto Exchange Bank Accounts

Australian authorities have caught and charged five crypto scammers because they defrauded 100 investors out of nearly USD 1.83 million....