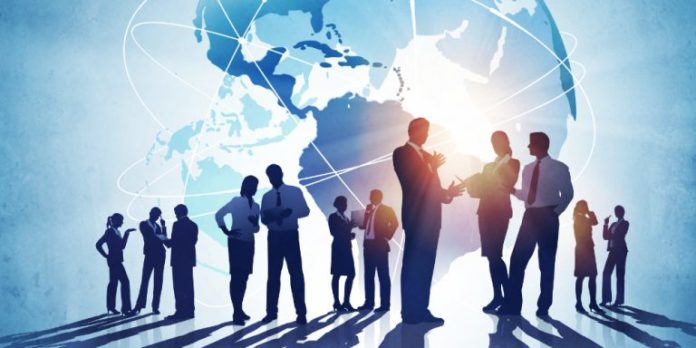 Many of the debates around block size in Bitcoin operate under the false premise that the question can even be properly answered by a central authority. But markets are better at deciding these questions and block sizes and fee costs should be worked out by miners and users, not development committees.

Also read: How is Bitcoin Cash Different from Bitcoin Core?

A decentralized economy complements the dispersed nature of information spread throughout society. Each company is an attempt to take the local knowledge that it has and create a good or service that ultimately is the correct capital allocation (aka profit).

This is correct, which makes me think he must not understand the point he’s trying to make, because Held also argues that Bitcoin developers must impose production quotas on block space in order to maintain an ideal block size in Bitcoin and ensure miner profitability and network security.

Price fixing like this breaks Bitcoin for the same reason any form of price-fixing doesn’t work. It distorts the local information economic actors have that would allow them to properly allocate their own capital and energy. This often leads to an overproduction of a particular economic good and an underproduction of another, or, bloat and shortages.

In Bitcoin, the result of this central planning of block space are externalities like the mempool congestion of 2017 that effectively plunged BTC into a two-year dark age of stagnating prices and regressing merchant adoption.

It was the predictable outcome of a tiny developer committee overprioritizing ‘security’ instead of letting the whole market work out exactly how much security is really needed to protect the network while allowing fees to remain low enough for users and merchants to continue using Bitcoin as peer-to-peer electronic cash.

We Don’t Need to Know

A market can work instead to govern block sizes and transaction fees better than a committee of developers. We don’t need to know the ideal block size or the ideal transaction fees in advance, or even worry about it, because the market will tell us. All that is necessary is to remove the arbitrary limits imposed by developers and to allow all the transactors on the network and all the miners to work out the cost of fees and the “ideal” size of the blocks themselves.

This is how Bitcoin was designed, markets, not developer cartels making decisions for everyone on the network. And it is the reason Bitcoin Cash originally forked from BTC. It wasn’t simply block size as such, though they were certainly too small, it was the way block size was being centrally planned by developers instead of being decided by the real economic actors in the market.

As Hayek wrote in “The Use of Knowledge in Society”:

A. Miners want to make the most money off of fees possible while reducing risk and cost of doing business.

B. Users want to get the cheapest and fastest deal on block space possible.

C. Both parties know their own interests better than any developer could sitting outside of their exchange.

If blocks are too big, miners might assume unnecessary cost and risk, or cause security or syncing issues with the broader market of businesses involved in Bitcoin running their own nodes. If blocks are too small, miners limit their profitability and the potential growth of the network. If fees are too low, miners can’t make money. If fees are too high, miners won’t make much money either because users will simply stop transacting.

Somewhere in between the needs of the miner and the user, there is an answer to the ideal transaction fee and the ideal block size. Neither too big nor too small, neither too cheap nor too expensive. There may be some problems here and there, and the planner’s temptation is to try to predict those problems and stop them in advance, but this is the only way these questions can be decided if we want the network to scale globally. They cannot be decided by committees, Telegram chats, Reddit threads, Twitter arguments, or community polls, and attempts to centrally plan answers can lead to unintended consequences because they cannot possibly coordinate all of the local information independent economic actors in Bitcoin have.

Leave it to the market. It knows better than us.

The opportunity for an economically rational Bitcoin free from production quotas on block size, price-fixing on fees, and developer committees has never been better.

Bitcoin Cash was created in 2017 to be that fork, and decision-makers in Bitcoin Cash should remember that an economically sound roadmap is as important as a technically sound one. They should resist the temptation to over-plan the economic activity of the network lest they create the same problems that plague the BTC branch of Bitcoin. They should allow a real market for block space and fees to develop.

The fork of Bitcoin that wins mass adoption will be the one that recognizes that there is no ideal transaction fee and no ideal block size. There is only the market and economic actors in that market making rational, self-interested decisions.

This article was originally published on Breaking Satoshi.

The post What Is the Ideal Block Size and Fee Cost? appeared first on Bitcoin News.

Bitcoin Thieves Arrested in Japan for Pilfering $700k in BTC

The Japanese police arrested two suspects for the theft of Bitcoin (BTC) from the coffers of the relatively small market...