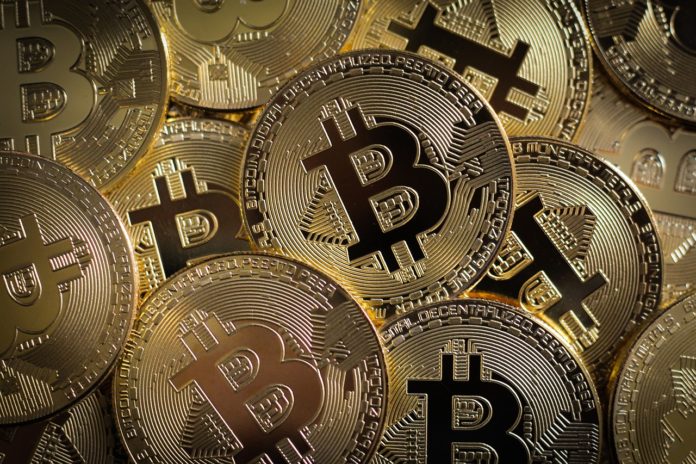 Charities have it pretty tough. As if it wasn’t hard enough to convince random strangers to reach into their wallets for philanthropic deeds, nonprofits have to compete against each other as well. They face donor fatigue, apathy, economic downturns, and criticism over their spending choices on a regular basis. So, accepting bitcoin donations could be another welcome revenue stream for charities struggling to keep afloat.

But how does it work?

Being Heard in a Crowded Space

Most decent people believe in donating to good causes, at least every now and then. 61 percent of Brits made a donation in 2016, for example, and 2015 was the most generous year ever in the United States, with donations just shy of $4 billion. But, this funding is far from equally distributed.

There are 1.5 million non-profits registered in the US alone, which means that charities are operating in an overcrowded space. They’re also extremely susceptible to macro-environmental factors, particularly political, social, and economic.

Since the political landscape shifted in the US in 2016, so has the way in which donors gift their money. And it mirrors the sweeping socioeconomic disparity around the world. The rich (charities) keep getting richer and the poor (charities) get poorer.

Interestingly, charities not in favor of the current administration, such as Planned Parenthood, are seeing a massive influx of funds. The ACLU (American Civil Liberties Union) also received almost $80 million in online donations during the three months after election day. That’s more than 60 percent of the charity’s overall expenditure for the whole of 2016!

But while larger charities are seemingly on the up, others are watching helplessly as their donations dwindle. And this will not be aided further by recent budget cuts.

Small Charities Struggle to Get Donors

Charities supporting lesser known causes and charities starting up struggle to get funding. They’re caught in a catch-22 situation from the start. Skeptical millennials view too much spend on marketing as a bad thing. Yet, if they don’t spend on creative ways of catching attention, they remain invisible to donors.

To make matters worse, startup charities have it extra rough. It takes seven years before they can get rated by the Charity Navigator, which uses longevity as a key marker for stability.

Small charities also struggle to gain space in the public’s top-of-mind. Americans tend to think of their go-to charities or donate to the names they see on the billboards or television. In fact, just 4.2 percent of all giving in 2015 was dedicated to international causes, where a dollar could make a significantly higher impact than on US soil.

In this complicated context, charities, particularly smaller ones, need as many ways of appealing to donors as possible.

Online donations are becoming more popular, especially among millennials. All charities should realize that one key way to attract more donors is by making it as easy as possible to donate. For today’s donor, that means allowing them to give online and accepting as many payment methods as possible.

According to a study by WorldPay, Alternative Payment Methods (APMs) are gaining ground all around the world. By 2021 in fact, more than half of all online payments will be made using APMs. So even if your online donations are set up, if your charity only accepts credit card payments, you’re losing out on potential donors.

The same applies to accepting bitcoin donations. This can give a much-needed boost for young startups to appeal to a modern millennial donor. After all, bitcoin mania doesn’t have to be all about individual financial gain.

Over the past couple of years, more charities have been accepting bitcoin, including the big names, such as Save the Children and the Red Cross. Bitcoin giving is on the rise, despite the currency volatility. And it’s easier for charities accepting bitcoin donations than you might think.

Once a charity has set up their online wallet, they can accept bitcoin donations easily and exchange them for fiat currency. Many online wallets offer zero processing fees as well, meaning that 100 percent of the donation goes to a good cause.

For donors, the good news is that bitcoin donations are tax deductible. Charities can avoid paying taxes on capital gains as well.

There are various crowdfunding platforms like bitgive and bithope that make it easier for donors to give bitcoin and for charities to accept it.

What Charities Should Know Before Accepting Bitcoin

So, it sounds like a win-win situation all around. But, is it? Before you go ahead and start encouraging all your donors to give you digital cash, there are a few things you should know first.

Be Aware of Tax Issues

Fishel Freund is a charity compliance specialist in Canada. He says, “I see the challenge of a Bitcoin donation not as a question about accepting it, nor about tax deducting it. In my opinion, it’s considered according to the Canadian law (CRA) as a Gift-in-Kind type of donation where you need an appraisal in order to issue a Tax Deduction.”

Paul Lamb, a nonprofit management consultant with a focus on tech for good and specialist on the topic of crypto-philanthropy says, “Charities should know that bitcoin is classified as property by the IRS, which makes tax reporting for the donor and recipient organization slightly more complex.”

Bitcoin is viewed as a property or an in-kind donation. This is essentially any donation that is not a cash donation and can include office supplies and furniture, or more complex assets like real estate or stocks and bonds. Charities, therefore, need to process it as such.

And there are several record-keeping practices to adhere to, including issuing a thank-you letter with the statement, “No goods or services were received in exchange for this donation.” Also, no value should be assigned to the donation, as this is the burden of the donor.

If you’re considering accepting bitcoin donations, it makes sense to speak to a charity compliance specialist in your area first, to ensure that your record keeping is correct.

The volatility of Bitcoin is a major stumbling block to its wide adoption, and charities need to keep this factor in mind.

Lamb advises, “Charities need to know that, while setting up and using a tool to accept bitcoin donations on their website is fairly straightforward, the conversion from bitcoin to dollars is more complex. In some cases, the conversion from bitcoins to dollars doesn’t occur immediately, and with a volatile cryptocurrency market that sees bitcoin to dollar valuations rapidly rise and fall, the ultimate donation could be worth less than when originally made.”

Hamza Amir, CEO of cryptocurrency startup Blurbiz and Cypro Hedge Fund Manager advises, “Bitcoin is famous for its swings in its price. Considering this, a charity should only convert to fiat in a Bull market to get the most returns on its investments. If they have the patience to hold for 3+ years then they may be rewarded very handsomely.”

Lamb reminds us, however, that this can be a dangerous strategy, “a decision to hold onto bitcoin and not convert it immediately to dollars has its risks,” he warns.

It pays to remember that Bitcoin wallets may not necessarily be safe. While bitcoin has a name for being immutable, the wallets that store it are far from being so, (in fact, we hear about hacking attacks almost daily). So, charities should understand that security is essential to keep their donations secure.

Says Hamza, “Hacks in the cryptocurrency world are very real. To be safe look to buy a hard wallet for cryptocurrencies like the nano ledger [Ledger Nano S] and transfer all bitcoins into it and place it in a safe. MAKE SURE YOU KEEP THE PASSWORD AND KEEP IT SAFE.”

If your charity is thinking about accepting bitcoin donations, it could be a very good idea. In an environment of cutting-edge competition, where donors are swayed by many pressures and charities fight tooth and nail for funds, accepting all kinds of donations makes sense for your cause.

But remember that if something looks too easy, that’s probably because it is. Accepting bitcoin donations is not without its challenges. Speak to a compliance specialist. Be sure that, if you’re going to HODL, you understand it could go either way–and that converting the money could take longer than you think.

And last of all, make sure your bitcoins are safe. It’s a pretty lowlife criminal who would steal money from charity. But don’t make it easier for them to do it.

The post What Should Charities Know Before Accepting Bitcoin Donations? appeared first on CoinCentral.

EOS has been sky-rocketing for the past few weeks as this currency managed to take over Litecoin’s long-held spot as...