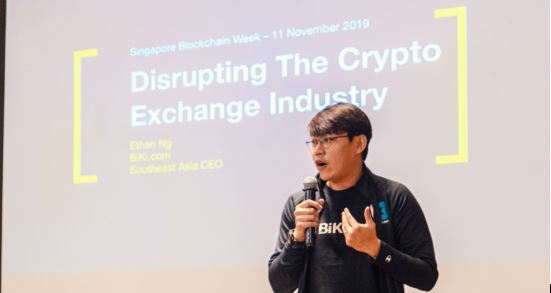 Implementing a CBDC (Central Bank Digital Currency) is not without its corresponding risks, challenges and costs. Yet, with the pace of digitization in the enterprise and business worlds escalating faster than ever today, money and payments have been one of the areas most challenged by innovation. What other factors are spurring countries today to consider implementing CBDCs?

A global crypto exchange that has been implementing globalization and/or expansion drives the past year in Southeast Asia, Asia, the Middle East, Latin America and the Western regions, BiKi.com has been studying the market conditions of each region intently. Ethan Ng, CEO of BiKi.com SEA, gives his take on the current development of CBDCs in Thailand, China and Turkey.

Q: First of all, do you think CBDCs are a growing trend?

A: Most definitely. The interest in this area has been growing ever since Libra was announced and more recently with Christine Lagarde from ECB pushing for the bank’s active involvement in the development of a CBDC.I believe the rise of central bank digital currencies will have a significant impact on the future financial ecosystem.

Q: So which country do you think will launch a working CBDC first?

A: I noticed a lot of discussion in Thailand by many KOLs, regulatory officials and local Thai exchanges about Project Inthanon. Launched over a year ago in 2018 by the Bank of Thailand, Project Inthanon is already in its third phase.

And being that Thailand is so well-regulated, with exchanges, projects and the crypto media all working closely with and being regulated by the government, I believe Project Inthanon has one of the highest potential to be the first successful CBDC.

Q: We have been hearing a lot about China’s CBDC development. Care to comment on that?

A: With our BiKi research lab, incubator and fund still located in China, we have been paying close attention to the latest news on China’s CBDC.

China is not one to shy away from innovation. It has one of the fast-growing markets with an ecosystem of their own. Since the Chinese CBDC will not be directly consumer-facing, it will marry well with Chinese cryptocurrency censorship for consumers, yet thrive on a larger B2B level.

Q: What kind of outcome will that have for China?

A: The outcome is a blockchain-driven tech country, with the average joe benefiting from the technology but steered away from investment risks and scam coins which are especially rampant in the Chinese industry.

Q: While all that sounds great, wouldn’t we be losing the essence of blockchain, which is decentralization?

A: The essence of blockchain might be lost but the upside is that governmental regulations can protect digital currency users. This will lower the barriers to entry for newcomers to the technology, which is a good thing when it comes to mass adoption.

Q: Where else do you think you will see widespread development of CBDCs?

A: Economies which are not thriving, for example the Turkish economy. The digital Lira is meant to alleviate Turkey’s economic crisis amidst mounting debt. Many Turkish are also turning to cryptocurrencies due to the volatility of their own currency. Hence, the government plans to expedite the release of Digital Lira, presumably by the end of 2020.

They have real world use-case scenario plans for their CBDC. The citizens need it. And with their close ties to Dubai, it looks like these two middle eastern states will be headed for a full crypto region once these infrastructures are unveiled.

Q: What impact do you think CBDCs will have on Bitcoin?

A: If Central Bank Digital Currencies (CBDCs) are rolled out by 2020 in countries such as China, the European Union, etc, we can expect that Bitcoin prices will go beyond the $20,000 price range.

This is likely because the roll out of CBDCs will increase adoption from mainstream players such as institutions, MNCs and SMEs in the market. These changes will have tangible impact on the everyday lives of the masses.

Against such a landscape, there will be an increasing acceptance amongst non-crypto believers as they witness more and more familiar brand names adopting blockchain technology or developing their own stablecoins. Already, Walmart and IBM are examples of mainstream enterprises who have adopted blockchain technology while financial institutions like JP Morgan Chase and Signet are some of the big names in finance who have developed their own stablecoins.

Q: What about other cryptocurrencies in general? How do you think they will fare against CBDCs?

A: As BTC is the leader in the tokens market, when its value increases, the altcoins will in general also follow suit. With the upsurge of mainstream attention, more discussion amongst regulatory bodies worldwide, the increasing utility of tokens especially in nations where local currency is volatile, a rise in demand for digital currencies and cryptocurrencies alike will ensue, sparking off a new wave.

A: In conclusion, it looks like there will be a race for countries to top one another in being the first to issue a fully functional CBDC, plugging in the gaps in their current national currencies.

Ultimately, it will make the world much more connected financially, and more accountable to their assets.

Thanks to Mr Ethan Ng for his insights on CBDCs.