In countries like Taiwan, South Korea, the Philippines and Switzerland, users can visit literally any convenience store, bank ATM and subway teller machine and see a bitcoin option. Bitcoin companies are developing software that are applicable to existing ATMs and allowing users to utilize machines located nationwide to either purchase or sell bitcoin.

As a result, bitcoin ATMs have become increasingly redundant as there no longer exists a purpose to manufacture ATMs specifically for bitcoin. The manufacturing process of ATMs are expensive and time-consuming and in order to install thousands of ATMs provide a necessary level liquidity to bitcoin ATM users, manufacturers need millions in investment to operate. Even then, maintenance fees and the cost of physical labor to fill cash into the ATMs are extensive.

Already, the most popular bitcoin ATM machine located in the largest mall in Seoul, South Korea, has been shut down due to a lack of revenue and increasing maintenance fees. Coinplug, the startup which created the bitcoin ATM, instead secured a partnership with Hyosung, an ATM manufacturer that has over 10,000 ATMs installed in convenience stores in South Korea. Within a few weeks, Coinplug installed their software to 10,000 ATMs nationwide, creating thousands of bitcoin ATMs local users can utilize to easily purchase or sell bitcoin.

Coins.ph in the Philippines carried out a similar strategy. One key difference was that instead of partnering with individual ATM manufacturers, Coins.ph partnered with Security Bank and other leading banking groups in the Philippines to allow users to cash in and out using bank ATMs. Since bank ATMs can be found in every region, city, town and village in the Philippines, Coins.ph’s partnership with local banks offered an unprecedented level of liquidity to bitcoin users.

Just bought #Bitcoin from a ticket machine of the #Swiss railways; there are thousands of them! @RailService #crypto #blockchain #fintech pic.twitter.com/U9xBROZi8d

At this stage of bitcoin development, it is more important that bitcoin startups and companies utilize existing infrastructure to increase liquidity and enhance user experience of bitcoin instead of attempting to create a new infrastructure. A new decentralized infrastructure has been already created in bitcoin. For bitcoin to gain increasing market adoption and mainstream support, it needs to be publicly available on financial channels and platforms already used by users currently. 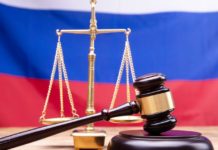