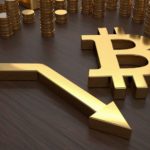 Since the start of 2020, Bitcoin’s performance has not been too high, with the coin experiencing many losses in the past months. Why is Bitcoin dropping? What fueled this downtrend, and are there any chances for Bitcoin to recover, or will it continue to plummet?

Why Is Bitcoin Dropping?

Bitcoin, although known for its sharp fluctuations, shocked the markets when in March the price crashed to almost half its value, bringing it down to $5000. This drop was speculated to have happened because of the coronavirus pandemic, which affected all businesses and markets, and thus investors most likely used the cryptocurrency as a source of liquidity.

When a disaster strikes financial markets, investors start liquidating assets out of panic and hold cash, usually the US dollar, which is the global reserve currency.

This is why the US dollar gained nearly 7 percent this month, as pointed out by data offered by the crypto derivatives research firm, Skew.

March was the second straight month in the red for bitcoin, recording losses of nearly 50%, after an 8.5 drop in February. However, the bulls have managed to drive gains of 10 percent in five months during the same period. 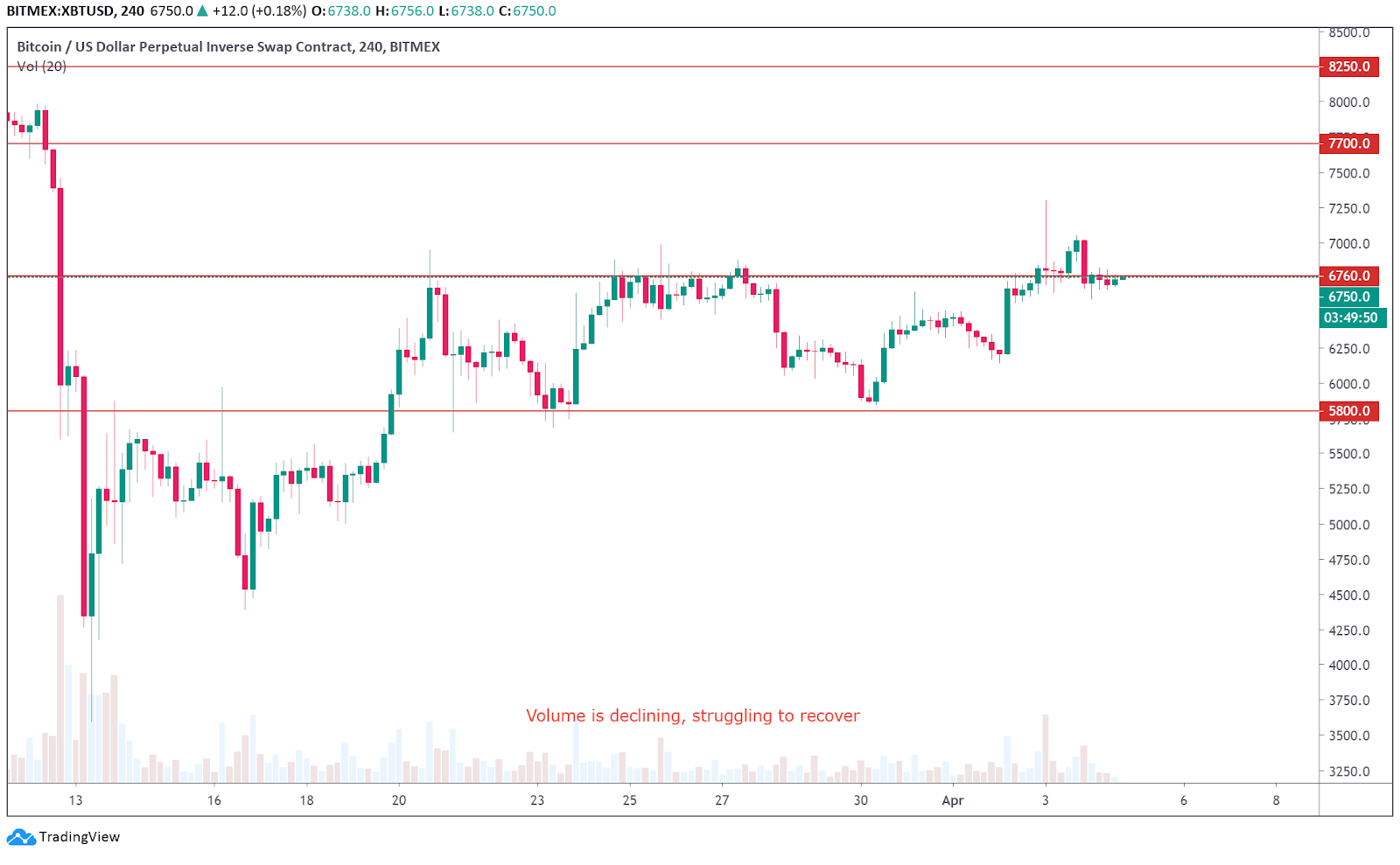 Van de Poppe said that going below $6,900 might trigger a trend reversal: 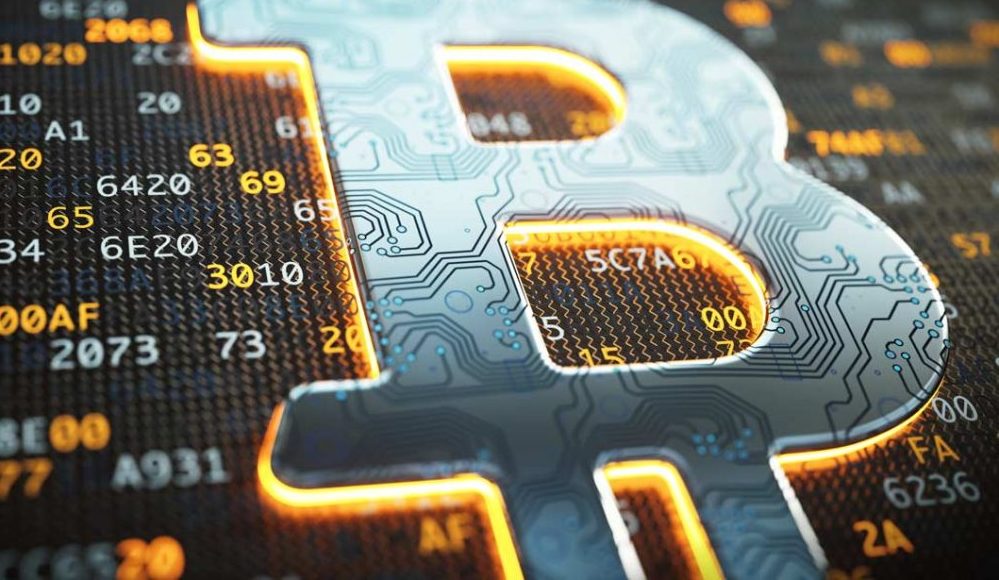 The “Rich Dad, Poor Dad” author cites several reasons which might have caused bitcoin to start its downtrend. One of the mentioned reasons included the oil price crash on Monday, where the price of WTI oil futures for May went negative, but there was soon a recovery. Bitcoin lost 4.4% of its value during that day but also recovered.

On the other hand, Kiyosaki states that the real reason for the fall of BTC is because of the liquidity boost policy that is currently done by the Fed Reserve during the COVID 19 crisis. He suspects that retail investors are spending their money on Bitcoin.

Robert Kiyosaki also stated that Bitcoin, gold, and silver have all been falling in price, as they are bought and sold for “fake USD” by people that have received money from the Fed program.

These speculations are just some of the many that are given as answers to those who are wondering why is Bitcoin dropping.

An anonymous trader who predicted Bitcoin’s $3,000 bottom in December 2018 said that the current performance of BTC can be looked at in charts as an Elliot Wave, a larger triangle, or a “larger flat.”

He speculated that the dwindling volume of Bitcoin combined with stagnant open interest in futures and the abrupt V-shape recovery of the cryptocurrency market show that there is a high chance of BTC dropping in the near-term.

These three indicators show a short-term corrective pattern, as both futures and spot exchange markets have been low on BTC volumes. The recent movement of Bitcoin is similar to the Wyckoff Events and Phases pattern, which during retests showed that a new bottom could form in the $4,000 region.

“There’s so many different ways you could count btc here. either wxy, larger triangle, larger flat, I’m not too sure, the one thing that does stick out is the series of 3 wave moves and lack of 5 wave motives. for this reason I think it’s still too early to call a bottom.”

When there is a low buying demand from retail investors, and stablecoins receive more capital, this usually shows that another significant Bitcoin drop is on the way before reentering the market.

Traders and analysts mostly agree that bitcoin will see gains in the second quarter due to U.S. monetary policies.

The Fed has announced recently that they will be carrying out the financial easing program indefinitely to increase supply. In May, a big event is set to happen for bitcoin, as it will have its miner reward cut in half. This will cut the supply of new bitcoins that enter the market in half. 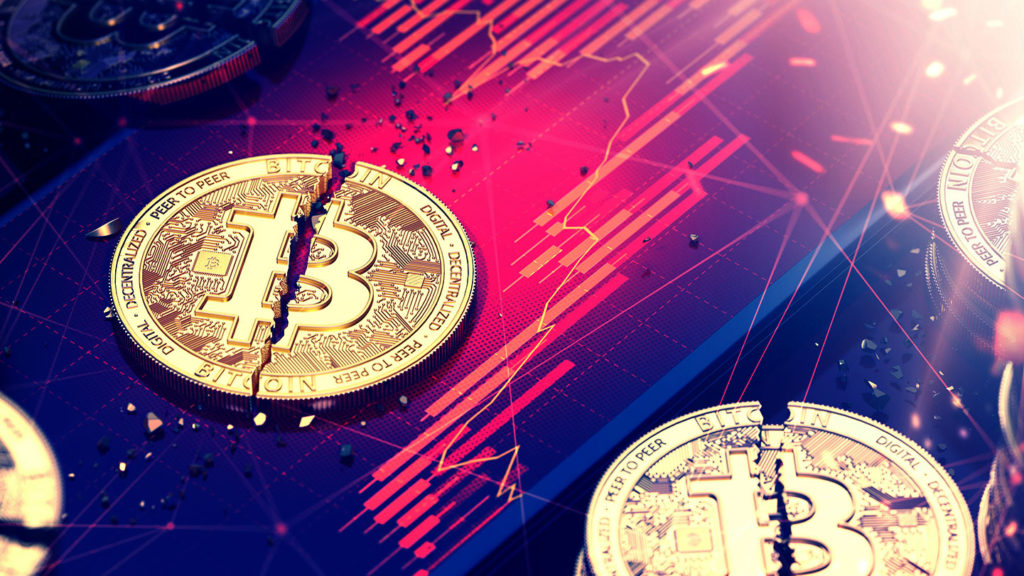 “Bitcoin is going to experience its third block halving in Q2. We’re weeks away from an event that has, historically, led to monumental economic growth for Bitcoin and other cryptocurrencies,” said Brandon Mintz, CEO of Bitcoin Depot, the bitcoin ATM manufacturer.

Chris Thomas, head of digital assets at Swissquote Bank, on the other hand, thinks that traders should buy while BTC is low and save them for later, as bitcoin has seen exponential gains in the months following its previous halvings.

Some speculate that due to the liquidity injection from the Feb, bitcoin might be seen as an inflation hedge and a haven asset.

“The insanity that’s guiding today’s public markets is making bitcoin seem quite civilized in comparison, and while short term confidence in Bitcoin was shaken, its long-term fundamentals as an asset class have been strengthened by the speed and quantum of its recovery,” stated Jehan Chu, Kenetic Capital co-founder.

“I’m looking forward to continued volatility and the possibility of another move down below $6,000 but ultimately recovery and return to $8,000-$9,000 levels in the second quarter,” he concluded.

While there are fewer exchange deposits in the past two weeks, which shows that investors have trust in the market again, the derivatives market is largely bearish.

The futures market is experiencing “backwardation,” which means that the contract’s price of an underlying commodity is lower than the spot price today.

“Backwardation in the futures market indicates that traders are expecting a price to decline slightly over the coming months,” said the COO of crypto derivatives exchange Deribit, Luuk Strijers.

Strijers went on to say that miners might be the ones creating the selling pressure right now, as they are not waiting for the upcoming halving. He cites data from bytetree.com, which suggests that the miners are selling more bitcoin than they mine.

However, ByteTree’s founder and chairman, Charles Morris, sees this as a bullish indicator, as miners wouldn’t risk endangering their own profitability by selling into a market that cannot support extra supply efficiently and prevent crashes.

The opinions regarding whether Bitcoin will rise or fall in the near future are divided. What can be said, is that the general consensus sees the coin increasing months after the May halving. We also have reasons to believe, based on historical price trends, that these gains will come to bitcoin later in the year.

Malta’s futuristic design to be the “Blockchain Island” has suffered a setback as 70% of companies in the sector have...