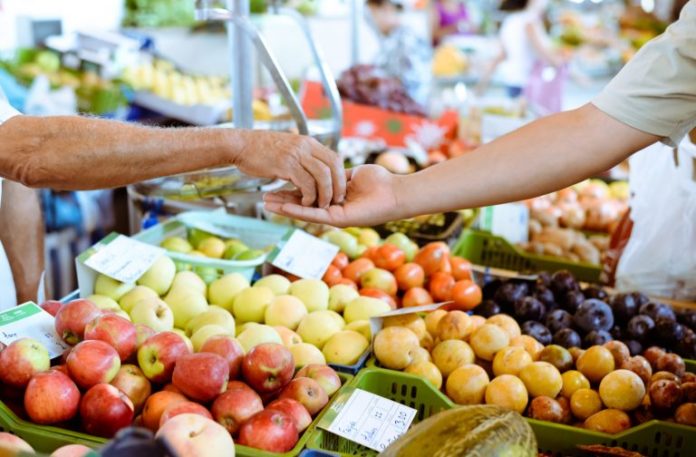 As Bitcoin is adopted by more and more traditional financial institutions, and becomes regulated by governments worldwide, the question of its survival as a truly disruptive alternative to legacy financial systems is raised. After all, if governments like Qatar’s can ban it, and international banking laws like AMLD5 can push bitcoin-friendly companies out of business, how is Satoshi’s revolutionary P2P cash to survive without a counter economy of willing users who transact freely and autonomously?

Short for “counter-establishment economics,” counter-economics is any and all economic activity which takes place outside the purview of, or simply disregarding, the state.

The concept was popularized in libertarian circles largely by agorist Samuel Edward Konkin III, or “SEK III,” and comprises any non-violent act of the free market which runs counter to statist laws and norms. For example, something as small as selling odds and ends at a flea market is counter-economics. Not reporting income to a war-fueling and privacy-invasive tax agency, or running a dark web marketplace like the Silk Road. Painting a fence for a neighbor and being paid under the table. Setting up a roadside fruits stand or carpooling service without a license. These are all examples of counter-economic activity.

Konkin himself defined counter-economics as follows: As news.Bitcoin.com has recently reported, Qatar Financial Center (QFC) Regulatory Authority has placed a blanket ban on QFC businesses transacting in cryptocurrencies. The EU’s AMLD5 regulations are similarly forcing crypto companies out of business. Top crypto exchanges are giving up sensitive user info to tax agencies like the IRS, and nations worldwide are in development of central bank digital currencies (CBDCs) to potentially replace paper and coin fiat money. In this context, it’s important to ask what sets bitcoin apart. After all, in one sense, it’s just another electronic currency on a blockchain, surveillance-ready more so than even paper cash, and highly traceable.

Should bitcoin be used solely in accordance with this or that state mandate or law, it stands to ask why everyone shouldn’t simply switch to state or corporate-backed digital assets. Proponents of bitcoin will likely respond “Bitcoin is decentralized and the state ultimately cannot control it. Corporations and governments are centralized.”

The follow up to this remark should be to affirm whether or not the person thinks the ability of bitcoin to render laws irrelevant is a strength. If it’s not perceived as such, and counter-economics is to be avoided, it’s hard to see the currency’s unique value proposition. All that needs to happen is for a state to “ban” bitcoin, and effect the removal of viable channels for exchange, and these individuals who strictly abide by established laws will be left with nothing but a now neutered, and practically centralized asset. The Roots of Bitcoin

Whether or not one views Satoshi as a kind of cypherpunk himself, the fact that the roots of bitcoin come largely from cypherpunk and anarchist/libertarian circles is undeniable. A quick perusal of early discussions regarding electronic financial transactions without third parties on the cypherpunk mailing list bears this out. As do examinations of concepts for digital currencies which were direct forerunners to bitcoin, and which were even referenced by Nakamoto himself in the whitepaper.

What drove bitcoin to the success and valuation it experiences today has everything to do with the capabilities it provided for permissionless transaction, and very little — if anything — to do with mimicking existing systems of currency.

As with most cool concepts, one person thinks of something interesting and a few people get into it at first, only for the movement to grow and eventually become inundated with posers wishing only to reap easy social (and in this case financial) benefits of adoption, without supporting what actually gave the concept value in the first place. This sets any movement up for an impending implosion. No Free Trade, No Meaning

Suffice it to say that without its number one utility exercised, bitcoin is little more than a shell of its former perception. On the other hand, should individuals continue using bitcoin as they please, insofar as they please, with or without permission (risks understood and carefully considered), there’s a good chance very real disruption for the benefit of human economic freedom can be had. In fact, it’s already happening.

Privacy enhancing protocols such as Cashshuffle and the upcoming Cash Fusion, plus non-KYC, P2P trading platforms like local.Bitcoin.com are making the pursuit of economic freedom via crypto more viable than ever. Privacy coins such as monero — though often delisted by large, centralized exchanges — are also a part of this fight. The main element, however, is the individual. The individual who trades freely in non-violence is the key actor; without this individual, Bitcoin is largely meaningless.

What are your thoughts on counter-economics? Let us know in the comments section below.

The post Why the Counter Economy Is Necessary to Bitcoin’s Survival as a Disruptive Currency appeared first on Bitcoin News.

Well on their way to 13 billion bets, Stake has fast become the world’s biggest crypto casino since their 2017...