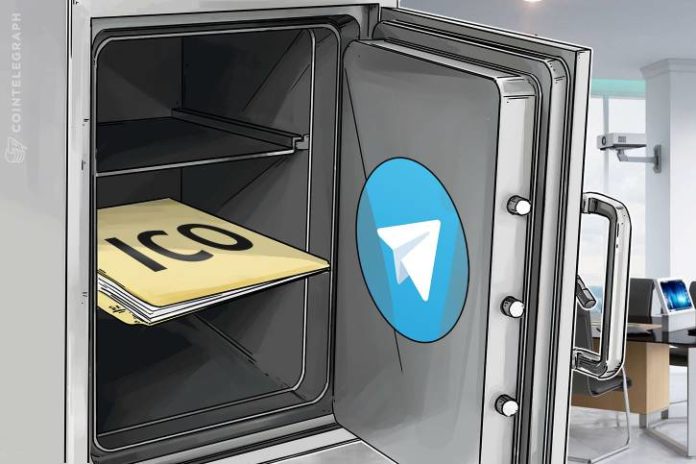 The Wall Street Journal (WSJ) reported today, May 2, that Telegram’s plan to launch an Initial Coin Offering (ICO) has been scrapped. The fact that the messaging app raised enough money already through their two private ICO rounds was cited as the reason for the decision.

An unnamed source told the WSJ that Telegram has decided not to hold the planned ICO for the public after bringing in a total of $1.7 bln by mid-March, with 81 accredited investors taking part in the first ICO round and 84 in the second.

The money raised from the two ICO rounds already held – which were open to only those with a net worth of $1 mln or an income of $200,000 – will be used to support the development of the Telegram messenger app, as well as the launch of the blockchain platform Telegram Open Network.

Cointelegraph reported earlier that one of the first round participants was Russian billionaire Roman Abramovich, who reportedly invested $300 mln. Abramovich’s spokesperson denied the $300 mln price tag but declined to comment on whether Abramovich took part at all. The founders of payment service provider Qiwi and Wimm-Bill-Dann foods, Sergei Solonin and David Yakobashvili respectively, have publicly announced their participation in the Telegram ICO.

The messaging app has made the news in other ways than crypto recently, as it was recently banned in Russia due to founder Pavel Durov’s refusal to hand over the encryption keys to the Russian government. Russian media reported at the end of April that the ban was really due to Telegram’s association with cryptocurrency through its ICO, but a spokesperson for Telegram’s legal representation denied this was the case.

What is CyberMiles (CMT)? CyberMiles is a new blockchain platform designed to facilitate fast ecommerce transactions. It’s a project from...