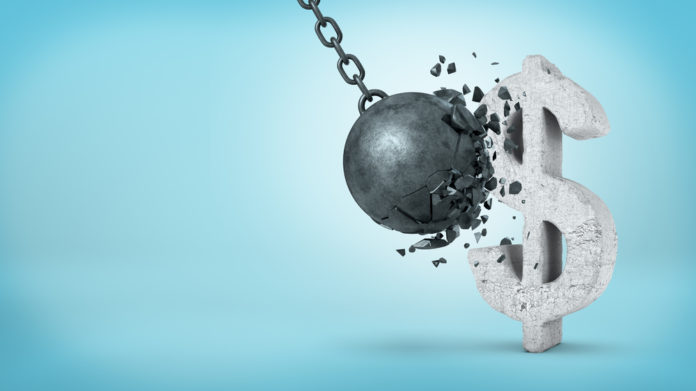 For the time being, there is literally nothing to get excited about when it comes to the cryptocurrencies, tokens, and digital assets. Bitcoin dictates the pace, which will undoubtedly put even more strain on alternative markets as more time progresses. Even the XRP price is not capable of mounting a comeback, even though the XRP/BTC ratio looks a lot more resilient compared to most other markets.

When Will the XRP Price Bounce Back?

It is not uncommon for alternative markets to create some negative sentiment in the cryptocurrency industry. Although they are not at fault for doing so as of right now, they will add to the overwhelming sentiment of how things will not improve anytime soon. In the case of XRP, the expected push in XRP/BTC is not happening as of right now, which is not necessarily what investors have been looking for.

To put this in perspective, the XRP price lost another 3% in USD value, yet just lost 0.4% against Bitcoin. If the XRP/BTC ratio could somehow turn around all of a sudden, some of the USD-based losses could be offset as well. Until that happens, the 8,100 Satoshi level will need to act as further support, yet it remains to be seen if that will effectively be the case. In USD terms, XRP is now valued at $0.3047, but could very well drop below $0.3 in the coming hours.

When looking across social media, it seems the overall sentiment toward all currencies, assets, and tokens is rather “meh”. The recent Forbes article debating where or not Ripple – and its associated XRP asset – are a scam is not helping matters along in this regard either. While the article itself is raising some interesting points, it seems they have taken a harsh approach to this project for some reason.

⁦@Forbes⁩ I think I speak for everyone when we ask you to provide us with proof that #XRP is a pump and dump scam! I could write an article discrediting Forbes for writing phoney articles inspiring FUD for large sums of money!! Show us the proof!!!!! https://t.co/iZDA8pYm4Z

In more positive news, it would appear as if the XRP community is quite happy with the way things are going in tip bot land. More specifically, the XRP tip bot even has its own meme these days, which only further confirms this project is getting a bit of attention.  It has proven to be a welcome addition to the ecosystem, as users can easily distribute XRP to anyone else by using social media.

I tip you, you tip me, we are one big tipping family 🙂 #xrptipbot rules 🙂 #xrp #xrparmy pic.twitter.com/a7AmEnwCKP

For those who want to look at the current price chart a bit closer, it would appear there is something interesting taking place as of right now. More specifically, the current XRP chart looks very similar to that of 2014 prior to the major bull run being triggered in the following months. It remains to be seen if history will repeat itself in this regard. There is always a chance things will play out in a similar manner, as this industry has seen numerous repeats over the years.

It is evident things are not looking all that great in the cryptocurrency industry when even assets like XRP cannot find stable ground as of right now. Although this particular market shows some promising sign of growth in terms of noting gains over Bitcoin. Whether or not it will be possible to do so today, is a very different matter altogether.