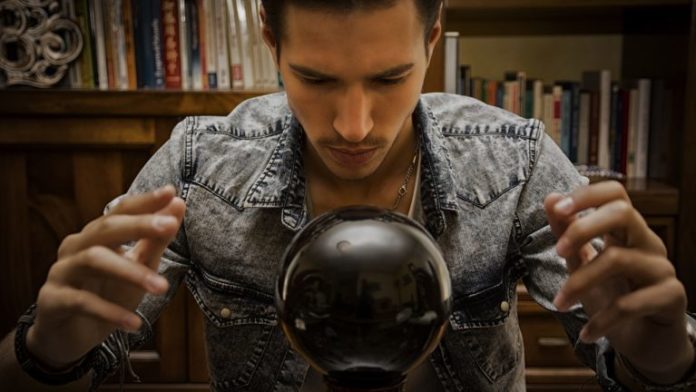 Just recently, news.Bitcoin.com talked to a number of individuals and asked them to let us know what they think the price of bitcoin and gold will be by the year’s end. Rather than leveraging the typical predictions from experts, executives, and crypto luminaries, the post delves into the perspective of average people and what they think about the future value of these assets.

Back in May 2016, I used a number of social media avenues in order to survey people on what they would do if bitcoin (BTC) touched the $10,000 mark. The article was very popular and of course, we all know that BTC reached the $10k zone the following year in 2017. It’s been a long while since the 2017 bull run, so I decided to do the experiment once again leveraging my 4,700 friends on Facebook and a few members from a private crypto-focused Telegram channel.

Basically I asked what people think the price of bitcoin (BTC) and the price of one troy ounce of .999 fine gold will be by December 31, 2020. None of the participants are deemed experts, luminaries, or are billionaires with the same old predictions.

The people who answered are your average, everyday people who follow the cryptocurrency ecosystem. They also understand the faltering, manipulated monetary system bolstered by the central banking cabal as well. The first person who answered the price prediction question, an individual named Archer, said he believes bitcoin (BTC) will be $100,000. Archer also thinks the price of an ounce of gold will be $3,000 by the year’s end.

“The Federal Reserve is pumping trillions of dollars into the economy, the U.S. is suffering civil unrest (and will likely suffer more, especially pre/post-election),” Archer said explaining his rationale. “Many city/state governments are near bankruptcy already, employment is at +30%, and will likely only get worse as the pandemic continues. I expect that there will be Greek-style bank shutdowns, capital controls, hyperinflation, negative interest rates, which will cause a flight to hard, portable assets.”

Preston says BTC will be $24,000 by December 31 and gold will top $3,200 by the year’s end. “I believe they’ll be a significant price increase due to current unstable markets but due to reduction in monetary supply among lower classes, it won’t completely go parabolic. Same with gold,” Preston said explaining his forecasts’ reasoning.

Sarah gave me a “random guess” and said she thinks BTC will cross $33,000, while gold remains in the $2,000 range. Alfred said that he “doesn’t know much about gold” but predicts BTC will be $10,100 by the year’s end. Alfred further explained his rationale:

People tend to spend more fiat during December, this will trigger more sell order plus miners recapitulation. The recent surge in price could be traced to the growing interest in an alternative source of income, which BTC seems to provide due to the closure of business activities plus growing interest in Defi in Ethereum blockchain. Things are returning to shape gradually and in the next quarter, I see the price stabilizing at $10,000 support level.

Andrew says with his prediction we will see BTC touch $15,000 per coin, while gold reaches $2,500. “I think the main push for BTC will be from the retail side,” Andrew stressed. “The number of friends asking me ‘how do I buy Bitcoin’ is at an all-time high… reminds me of 2017. Gold will continue to rise for obvious reasons.”

“BTC will be $23,500 and gold $2,400,” said Rene. “The issuance of more stimulus only serves to continue the devaluation of the dollar, and increase the value of more finite forms accepted as a store of value.”

Adam seems to think BTC will be $15,500 and gold makes it to $5k by the end of the year. “Hyperinflation causes Bitcoin to absorb debt and increase in value, where fiat does the opposite and devalues exponentially,” Adam wrote. An individual named Colm said:

Bitcoin will be $33,000. Gold??? It’s funny how folk buy gold but yet receive nothing. Silver maybe, but my trust is in blockchain.

The predictions were interesting and I got around 52 responses between Telegram and the Facebook channels leveraged. Interestingly, most of the gold predictions were relatively similar while BTC forecasts were all over the place. A number of others gave price predictions without reasoning as well. Daniel thinks BTC will be $17,000 and gold will be $2,390.

The participant Taylor gave me the lowest prediction for BTC with bitcoin at $5,400 and gold at $2,300. Tarik thinks the price of BTC will be $16,000 and the respondent Neeraj agrees.

“BTC will be $16,000,” Neeraj concluded. “We will have heavy resistance at $20k and gold $2,500 as it moves slowly, but we are definitely knee-deep in inflation. With bitcoin, we could either be slowing down as we approach the all-time high (ATH) or touch it and come back to the handle part of the cup and handle that we always see before liftoff.”

What do you think about the average people’s predictions about bitcoin’s and gold’s future price? Let us know in the comments section below.

Ethereum, following Bitcoin’s lead, is effectively flatlining into the week’s close around $390. This is above critical support levels, though...