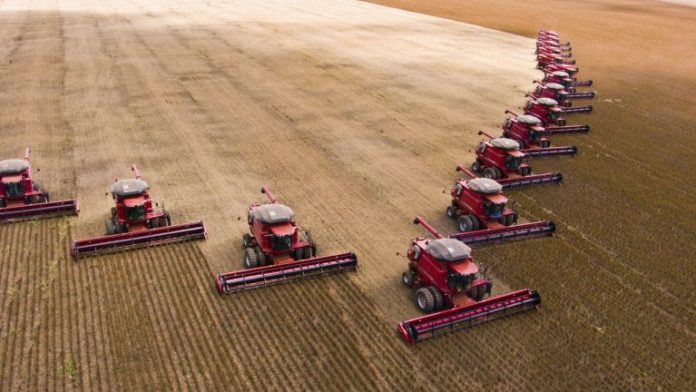 The defi project Yearn Finance has been a topical conversation within the crypto community, as last week the project’s native YFI token climbed awfully close to $40,000 per token.

Today, YFI is swapping for $32,000 per token and the Yearn Finance team launched the anticipated vault service on Wednesday. The Yearn vault system allows users to yield farm very high yields from a number of defi applications used.

Then the infrastructure uses the DAI to yield high interest via the Curve.fi pool and a number of decentralized exchanges (dex) like Uniswap. According to a number of Yearn vault users, vault participants are accruing a whopping 89-92% APY on the collateralized ETH. However, some users disagree with the 89% APY estimate and believe the level is more likely between “65-75% APY.”

When millions of dollars worth of ethereum (ETH) was flowing into the vault at an exponential rate, the Maker DAO team decided to change the ETH debt ceiling by 120 million ETH to 540 million ETH. The move allows for an increase of DAI minting in order to help facilitate the Yearn vault system and other vaults.

“Deposits to yETH have been paused,” the team wrote on Twitter. “~70 [million] DAI minted. Withdrawals unaffected. We will allow deposits again in the future. For now, this is a high enough cap to balance between best profits and best risk adjustment.”

Although not everyone agreed with the decision to pause, as a few people said that they see “one mention that a cap was being considered anywhere.”

A number of YFI proponents were pleased with the outcome as one person tweeted:

yETH vault is full – $139 million added to YFI’s TVL in less than 2 days. These are long-term holdings with a 0.5% withdrawal fees, not your yield farming money that comes and goes. I genuinely have not seen a crypto product with a better product-market fit.

Despite the high anticipation for the Yearn Finance vault feature and the $139 million deposited, some people think it is risky.

Other individuals also asked theoretical questions like: “Could a whale crash ETH price, clog blocks so yVault CDP [transactions] cannot get through, then liquidate the (collateralized debt position) CDP?”

The price of ETH tumbled over 7% on Thursday, but market carnage like March 12 (Black Thursday) possibly could wreak far more havoc on such systems.

The Maker DAO team dealt with these very problems of uncollateralized DAI and liquidations on Black Thursday. However, the Yearn Finance vault smart contract is claimed to be insured and audited and the CDP is 2x collateralized as well.

Only a black swan market rout will be able to test whether or not Yearn’s ethereum liquidity vault strategy is strong enough.

Bitcoin has continued to plunge after holding above $11,000 on Wednesday. The leading cryptocurrency now trades for $10,100 as of...