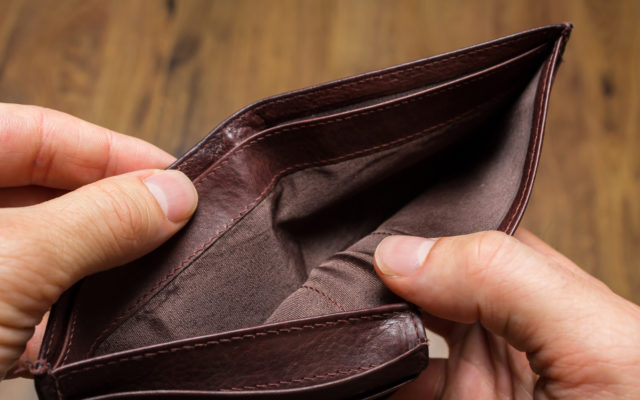 A sobering thought for those bemoaning losses from last week’s bitcoin price drop. You could have bought bitcoin in 2013 at $13 and still lost money… and lots of it. Such is the importance of the ‘rule of ten best days’, which states that, ‘excluding the ten best days each year, BTC has fallen 25% annually since 2013’.

We were reminded of the ‘rule of ten best days’ by Thomas Lee of Fundstrat over the weekend, who sought to calm anybody at risk of panic-trading. Lee described the rule as Fundstrat rule #6, explaining:

Of course, this doesn’t mean that bitcoin has lost money every year if we discount the ten best days. In the bull market of 2017, there were impressive returns of 232% during those other 355 days. But this is next to an unprecedented 1,136% return over the ten best days.

On the whole, the trading period outside of those ‘ten best days’ has seen substantial annual losses. Picking exactly those days would seem to be an almost impossible task for even an experienced trader. 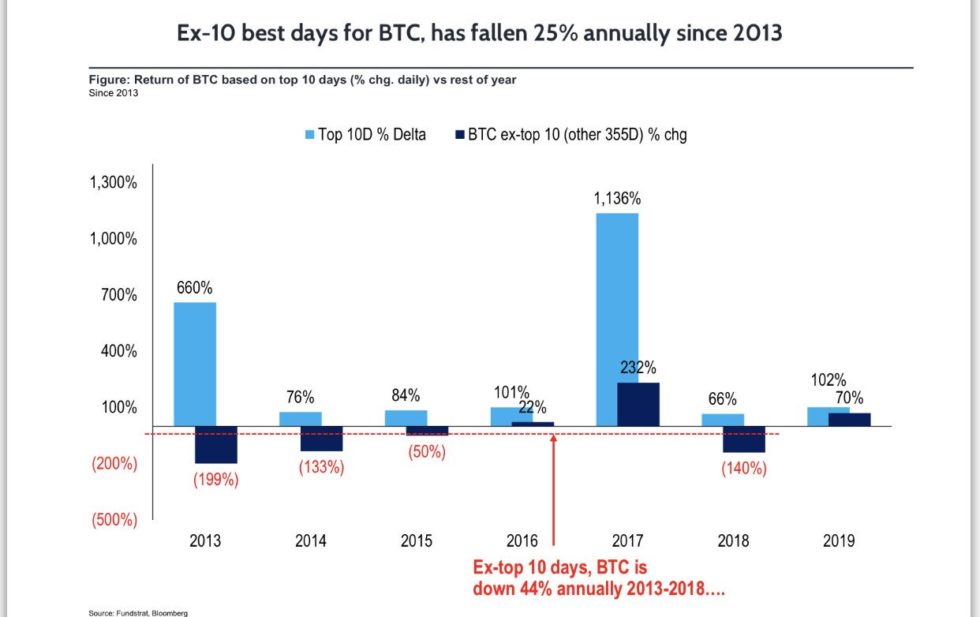 The Conclusion To Draw?

Investor and founder of D-TAP Capital, Dan Tapiero, had a different take on the implications of the rule. Namely, that an investor could have bought Bitcoin at $13 in January 2013 and still lost money.

If the investor had missed just those best ten days of performance each year, as unlikely as that would be, then the asset would have lost the vast majority of its value. That might only seem upsetting if you’d bought a lot more than one BTC at $13. However, even with one bitcoin, you’d have missed out on around $8k of returns.

The conclusion would seem to be that as strategies go, HODLing would seem to be a safer bet than trading. Oh, and that of course, the daily price doesn’t matter, as even during bull runs we are likely to see days of heavy losses.

What do you make of these findings? Add your thoughts in the comment section below!

The post You Could Have Bought Bitcoin At $13 And Still Lost Money – Here’s How appeared first on Bitcoinist.com.