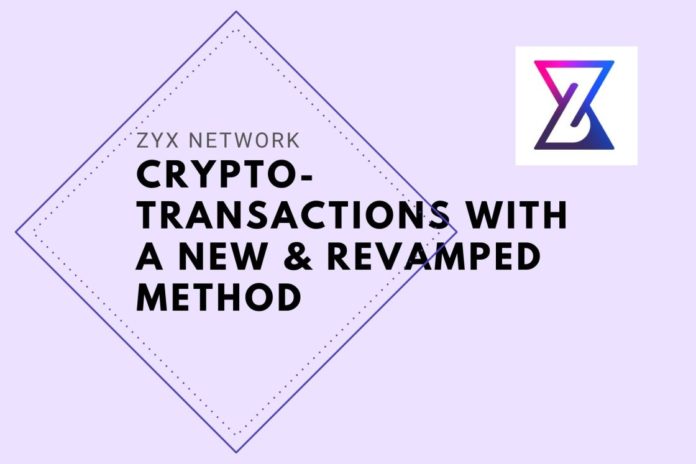 ZYX Network is a POS-based product that is quickly gaining a lot of ground, especially after its listing on the BitForex Exchange. The primary function of the ZYX Network is to facilitate payments through the platform. Overall, this cryptocurrency system is going to run on the market forces of Demand and Supply.

Further, the ZYX Network will be bolstered with the side chains that augments the securitization of the ledger. Plus, its Proof-of-Stake algorithm allows any member to mine the coins, participate in decision making, and earn rewards. Simply put, ZYX Network is inclusive, ready for tomorrow, and a user-friendly platform.

Due to its easy understanding and inclusiveness, several large business organizations from Latin America, Europe, and Asia have embedded ZYX into their financial system. This is done to increase accessibility and nurture a secure and safe relationship both within and outside of the organizational framework.

The three core pillars of ZYX Network are international presence, independent mechanism, and transparency. The holistic functionality of ZYX Network is not limited to being a cryptocurrency; it is a payment system. This means that the users can leverage the platform to send and receive payments and assist in the execution of smart contracts.

Every user can avail a hot wallet that will contain the coins. Further, these wallets can also be used to:

ZYX is a system that is driven by community participation. Working on the model of economies of scale, every individual participation contributes to the community’s overall well-being. So, if the ZYX Network grows, not the investors, not the founders/owners, but the users are going to get the highest benefit.

That is why the users are of the opinion, “I purchased ZYX after the launch of the blockchain, but this does not prevent me from receiving good dividends from staking. Thanks to this, I can devote more time to my hobbies and not worry that I will need to save money in order to afford some things. After all, the extra few thousand dollars on liabilities per month have not prevented anyone yet.”

To augment their community-first objective, the operating mechanism is decentralized. This means that the community will take any sort of decision by leveraging the voting power available with the users.

Down the line, users can leverage the ZYX network as a payment system on other projects and platforms.

Using Smart Contracts: The use cases of utilizing the smart contracts via ZYX Network are illustrative rather than exhaustive. They allow vertical and horizontal functionalities in the spheres of decentralized banking, application access, casinos, betting, and so on.

ZYX Network differs from other similar systems that are working on the conventional Proof of Concept systems. The reason being that they have only released 1% of the entire pool of coins for pre-mining with a motive of restricting the supply of the coins and manipulating the market demand and supply.

The fact that the rest of the coin pool will be rewarded to the ZYX coin holders for their support to the network cements that ZYX is a for-the-community network.

Benefits of Side chain: Due to the Side chain’s implementation on the network, it ensures an unlimited amount of scalability. Further, every dApp project by the developers is run and constructed on the side chain. They can develop these applications on JS and Web3js. Because these applications are made on the sidechain, any sort of discrepancies will not affect the central network.

To start mining on the ZYX network, the users need to have at least 1 ZYX coin. Further, as the intensity of mining gains some traction, users will start to earn rewards. These rewards are based on two parameters:

The POS algorithm with ZYX Network not only ensures protection from 51% attack but in case a user is able to buy a controlling stake, they cannot attack the other users. The controlling stake can harm the network that works on a PoW system, but with a PoS, holding the majority stake of coins will eventually hurt the majority holder, primarily because the demand and supply forces will play their role.

ZYX Network on BitForex and CoinMarketCap

Within the last week of July and the first week of August, ZYX Network was listed on two major coin exchanges, BitForex and CoinMarketCap. Apart from these, the users can also directly get hold of the coins on Coingecko and CoinPaprika.

On all these platforms, ZYX Coin is available to buy against USDT or any other pair available on the exchange at the time of the transaction.

ZYX coin’s price has gone up by 3x ever since its launch. The number of coins available in the pre-mining stage is limited, which sort of gives momentum to the price. Because the number of coins is proportionate with the chance to add new blocks, the users are heavily investing in the new age coin.

ZYX Network is a unique concept that runs on the methodology that prioritizes the user. By giving the power to make decisions on the system into the hands of the community, ZYX Network is creating a one-of-its-kind crypto network. Since it is a secure and fast network that works on a growth scaling model, ZYX Network can change the entire crypto network and become a trend-setter for future coin launches and listings.