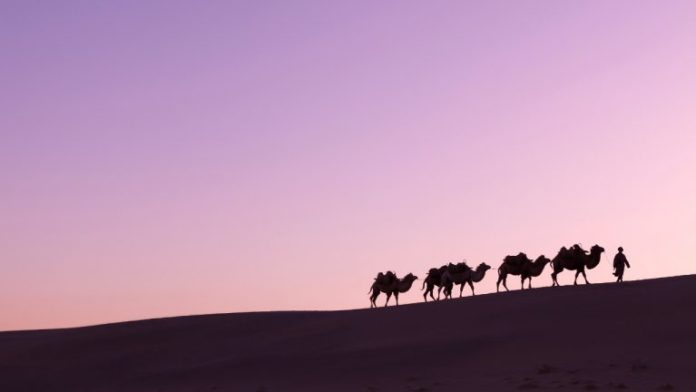 At least 69,369 bitcoins, worth about $955 million, were on Wednesday moved from a wallet address that may be linked to the collapsed Silk Road darknet marketplace.

This is the first time that the funds have moved from the address — bitcoin’s fourth largest — since April 2015. The address has long been a target for hackers, who shared it in their forums, hoping to crack the wallet and steal the BTC inside.

“Through blockchain analysis we can determine that these funds likely originated from the Silk Road,” said Tom Robinson, co-founder and chief scientist of Elliptic, in a blog post.

Silk Road shut down in 2013 after just two years in operation. In 2015, founder Ulbricht was sentenced to life in prison for his role and operating the marketplace, which dealt in goods considered by the U.S. government as illegal.

Altogether, the platform had amassed up to 614,000 bitcoins in total commissions by the time it went under. Robinson observed that there’s roughly 440,000 BTC ($6.1 billion at current prices) from the Silk Road era that remain unaccounted for.

“The movement of these bitcoins today (Nov. 4), now worth around $955 million, may represent Ulbricht or a Silk Road vendor moving their funds,” he opined.

Or that the funds may have indeed been stolen. In the hacker groups, the address in question has been passed along for the past year, as hackers attempted to decrypt a file that supposedly contained the private keys required to ransack the bitcoin wallet.

“Alternatively, the encrypted wallet file may have been real, and the password has now been cracked – allowing the bitcoins to be moved,” Robinson noted.

What do you think about the $1 billion bitcoin that has just moved? Let us know in the comments section below.