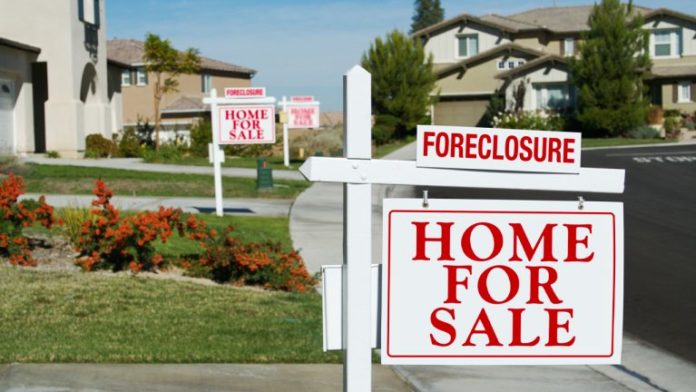 The U.S. real estate market is facing a conundrum, as there’s now a tidal wave of renters who can’t pay rent and a massive number of mortgage defaults stacking up like never before. Amid the looming real estate chaos, the Centers for Disease Control and Prevention (CDC) enacted public health emergency powers to stop landlords nationwide from evicting tenants. Moreover, the Federal Reserve has purchased $1 trillion in mortgage bonds since March, capturing 30% of the country’s outstanding mortgage bonds.

The coming winter may be pretty tough for a great number of Americans, thanks to the government shutting down more than 60% of the nation’s businesses and the lockdown mandates.

The government’s move has strained the U.S. economy indefinitely and the Federal Reserve has attempted to salvage the financial system via stimulus. All across the country homeowners and rental tenants are facing a crisis and the signs are showing in a number of hard-hit states.

International investors who invested in U.S. real estate, prior to Covid-19, are now left “holding the bag” according to a number of reports. A number of real estate proponents believe the U.S. housing market is rebounding, but most people don’t understand the Federal Reserve is trying to keep the real estate market afloat.

On September 1, a Bloomberg report had shown that the U.S. central bank is on a “mortgage-buying spree,” as it has captured around 30% of outstanding agency mortgage bonds to-date.

Since March, the Fed has funneled $1 trillion into the mortgage bond system and analysts say the stimulus has helped some homeowners refinance. However, the Fed’s balance sheet of U.S. properties also gives the central bank an unfair advantage when it comes to setting lending rates. Analysts from Morgan Stanley say that the Fed is purchasing these outstanding mortgage bonds at 8x the rate it has leveraged in the past. Moreover, Fed board members have disclosed that the pace will remain “at least, at the current pace.”

A mortgage trader at Wells Fargo, Kevin Jackson, thinks the Fed did the right thing capturing one-third of U.S. mortgages. “We had a pandemic arise and you needed a force to come into the market and stabilize things,” Jackson stressed. Additionally, the U.S. is facing troubles with the number of tenants that cannot pay rent nationwide. Alongside this, apartment rent payments in the United States are down 30% across the board. The rental market is failing so badly that there have been a few eviction moratoriums invoked in some states and on the federal level. Now the CDC is stepping in by leveraging emergency powers in order to stave off the rental crisis.

The CDC’s order is called the “Temporary Halt in Residential Evictions to Prevent the Further Spread of Covid-19.” The CDC’s moratorium will extend the eviction ban leverage in the CARES Act and will expire at the end of 2020.

Reports say the moratorium will cover roughly 12.3 million tenants who live in single-family homes backed by a federal mortgage, or an apartment complex that is financed by the government as well. Even though critics have questioned the CDC’s move, the agency utilized emergency powers granted by the Public Health Service Act.

“The Centers for Disease Control and Prevention (CDC), located within the Department of Health and Human Services (HHS) announces the issuance of an Order under Section 361 of the Public Health Service Act to temporarily halt residential evictions to prevent the further spread of Covid-19,” the CDC’s order notes. Following the CDC’s notice, a writer covering federal economic policy for Propublica, Lydia DePillis, says “we could see a lot of distressed properties come 2021.”

However, Kentucky’s 4th congressional district leader, Thomas Massie, has been very outspoken against the CDC’s latest eviction mandate. “If this rules sticks, the federal government is effectively seizing property without compensation — Theft at gunpoint,” Representative Massie said on Twitter.

Traditional stock markets on Wednesday have spiked 250 points, as economists see a few equities having a strong September start. But many analysts think that the stock market is extremely far removed from the real world’s products and services because of the Fed’s constant stimulus tactics. The amount of money created out of thin air and the mountains of debt continue to grow. For instance, U.S. debt is set to supersede the economy for a whole year for the first time since World War II. Meanwhile, precious metals like gold and silver, alongside digital assets like bitcoin and ethereum have shined during the economic downturn. Rather than investing in real estate, which was once a fairly predictable safe haven, many are turning to safe-haven assets that are far more liquid.

With the central bank leveraging massive buys of outstanding mortgage bonds and the CDC’s latest emergency powers use, it is hard these days not to envision the U.S. real estate market as a house of cards.

Ethereum and the entire crypto market saw a sharp selloff overnight that caused ETH and most other major altcoins to...