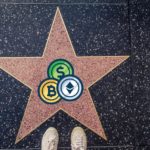 As popular as they may be and as booming as the industry might be, cryptocurrencies still have a long way to go until the public’s perception will permanently and uncompromisingly shift in a direction that will bring them into the mainstream.

Nevertheless, cryptocurrencies can offer a potentially profitable investment option. Over the years, the crypto dream has captured not only the attention of millions of ordinary people but also of the world top celebrities.

Actors, business tycoons, movie stars, professional actors, and many others have taken note of one of the most important trends of our times, the rise of cryptocurrencies. While some of the so-called crypto celebrities don’t know much about the industry, technology, or the concepts behind cryptos, others have displayed an incredible passion and knowledge to go with it for the digital coins.

Below, we’ve compiled a list of celebrities involved in cryptocurrency who are not afraid to boast about it and even make a difference.

Often referred to as “the Winklevii,” they became renowned after competing in the men’s pair rowing event at the 2008 Beijing Olympics. However, those who think they made a lot of money in sports, and then, became rich investing in Bitcoin, are somewhat wrong. They actually sued Mark Zuckerberg for allegedly stealing their idea to create a social network. With the insane amount of money from Zuckerberg, the twins launched a crypto exchange (Gemini) in 2014 that has become one of the best in the world since then.

Ashton Kutcher is known worldwide for his remarkable acting talent. Be that as it may, few know that the Hollywood superstar has been very passionate about technology for a long time. The actor tweeted on several occasions regarding blockchain tech, Ethereum, and even invested in sports betting blockchains, such as UnikoinGold and the BitBay crypto exchange.

For some, it might be surprising to find 50 Cent, the famous American rapper, on our list of celebrities. However, in 2014, 50 Cent (supposedly on a whim) let his fans use Bitcoin to buy his album Animal Ambition. Fast forward three years, and in late 2017 (when the crypto market boomed), the famous rapper made somewhere $7-$8 million. Regardless of this being true or not, 50 Cent is a good example of celebrities involved in cryptocurrency.

Some might consider Gwyneth Paltrow’s involvement in the crypto world to be somewhat circumstantial but, the truth of the matter is that the famous actress has more to show than just her acting skills and incredible looks. Back in 2017, Gwyneth joined the Bitcoin wallet startup Abra as an official advisor during an episode of the Apple series, Planet of the Apps.

Lionel Messi is nothing short of a Football sensation, with enough achievements under his belt to put most superstars to shame. He is also a brand ambassador for a company called Sirin Labs. The company specializes in building crypto-enabled smartphones and all-in-one PCs. However, whether Lionel Messi actually owns cryptocurrencies is yet to be officially known.

Roger Ver is one of the earliest and strongest-willed crypto investors of all time. Calling Ver a crypto influencer would not be an exaggeration, as he was one of the few people who really believed that Bitcoin and other cryptos are eventually going to make it big. Currently, he is involved in numerous popular crypto projects, such as Bitcoin Cash, Bitcoin.com, Ripple, BitPay, Kraken, and Coinsetter.

Tommy Haas is a name that requires no introduction for Tennis aficionados. The ex-world’s nr.2 player in men’s tennis has recently joined the TokenStars team and is now the official tennis ambassador for the said team.

One could argue that Mike Tyson has always been a man of peculiar taste. Not many expected him to become so involved in cryptocurrencies, but in 2015, the former boxing legend partnered with Bitcoin Direct to introduce Bitcoin ATM. The product was smartly marketed as a device that could make transactions “in less time than Tyson did a knockout.” When launching the ATM line in 2015, he declared that he was grateful to take part in the Bitcoin revolution.

If you had a computer anytime in the 1990s-2000s period, then there’s a good chance this name will ring a bell.  John McAfee will most probably remain in history for being one of the most eccentric millionaires. His whole life story is like an action movie, and he is often regarded as being an outlaw. McAfee got involved in blockchain tech somewhere in 2016 after he changed one of his companies’ focus to cryptocurrency.

Footballs fans will most likely know this name. Gianluca Zambrotta is one of the world’s most incredible footballers who played for some of the best clubs, such as Juventus, Barcelona, and AC Milan. Currently, Zambrotta is coaching a Football club in China and is actively representing the crypto revolution by being a TokenStars Football Ambassador.

According to Pascal Gauthier, the CEO of cryptocurrency hardware wallet Ledger, the recent hack of the top ranking crypto exchange—Binance,...