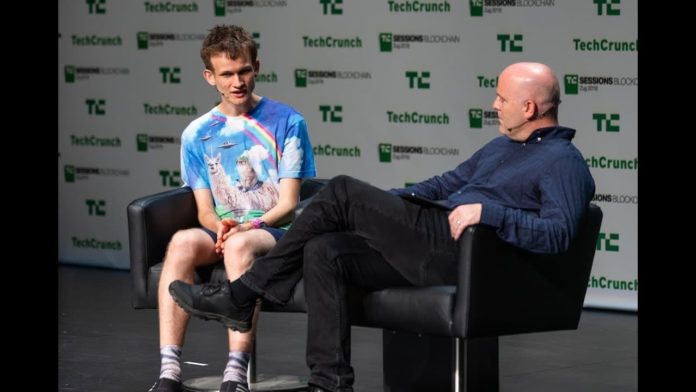 Despite the bear trend in 2018, Bitcoin hit the 600 billion market cap and we saw the number of ICOs nearly double. And 2019 is bound to be another year of innovation for blockchain tech and crypto. Although there are thousands committed to crypto, there are some influencers who are working behind the scenes for the betterment of the industry.

Who Is an Influencer?

Are you just looking at the follower number? Of course, an influencer’s reach is critical to them being, well, an influencer. In fact, that’s how this list is ordered. But to sift through the hundreds of voices in crypto, we also considered:

It’s also important to remember that there are different tiers of influencers – from micro to macro. So an influencer who has a smaller fan pool but more solid engagement and resources might be more available than one with 100k+ followers. Furthermore, not every active potential crypto influencer needs thousands of followers since they are working behind the scenes. But their public work offers insight into the present and future of the industry.

In addition, it’s worth noting that just because someone was able to amass a large following on a social media platform does not qualify them as someone you should trust with your investment decisions. Many cryptocurrency influencers have come under fire for shady practices, undisclosed advertisements, and even outright scam shilling.

That said, here’s our list of influencers and where you can find them:

Vitalik Buterin at a panel.

Love him or hate him, you can’t deny that John McAfee is one of the leading influencers in the crypto space. Known for his work in cybersecurity, he has since become a critical voice in the crypto and blockchain industry. From his choice to support Patron to his war with the IRS, his Twitter feed is bound to be informative – if not entertaining.

The founder of Ethereum and co-founder of Bitcoin Magazine is an active Twitter user. In light of his accomplishments, he’s only 23 and is likely to continue contributing to the space.

Entrepreneur and investor Marc Andreessen is a more subtle but strong voice on Crypto Twitter. Andressen combines his practical knowledge of software and finances to blockchain and crypto. He has even set up a $300 million VC fund for crypto projects.

Outside of ETH and broad crypto commentary, you can focus on BTC and BCH with Roger Ver’s Twitter feed. Known as “Bitcoin Jesus”, Ver was an early investor and adopter.

Committed to educating the masses, Andreas Antonopoulos is better known for his books on blockchain and cryptocurrencies. Twitter is his main stomping ground, but Antonopoulos is prolific on the net as lead host of Let’s Talk Bitcoin. His YouTube channel is just as impressive, with over 160k subscribers. Crypto Jen at a blockchain conference.

You may know Don Tapscott from his book Blockchain Revolution. He is the founder of the Blockchain Research Institute. Tapscott is prolific on almost all social media, not just on Facebook, although he has amassed 111k followers on this platform. He focuses on news and professional commentary.

Jen Buakaew, better known as Jenny from the Blockchain, is a crypto enthusiast and ICO advisor, touting 34k followers on Facebook alone. You can find her speaking and traversing blockchain conferences. She regularly discusses her experiences on the ground level, meeting with enthusiasts and industry leaders outside of the Western hemisphere.

Tim Hartford is an economic journalist and he applies his knowledge to blockchain. He writes wholesome syntheses of crypto news and explores where it fits in the larger scheme of things.

Nic Trades has her grounding in forex, stocks, and commodities. She seeks to educate others on trading strategy, and that applies to crypto trading as well. She focuses on the trading aspect of crypto, including technical analysis and practical tips.

Co-founder of  Blockchain Capital and named by Forbes as one of the wealthiest people in crypto, Brock Pierce is an early adopter who is passionate not just about crypto and blockchain, but also ICOs. Meltem Demirors weighing in on Bloomberg.

Another early adaptor to blockchain, Meltem Demirors is at the forefront of the blockchain revolution as an investor and a consultant. She has over a decade in experience and most recently sat on the World Economic Forum Blockchain Council.

Tone Vays, on the other side of the aisle, is not interested in tokens or ICOs. He is selective about his crypto and blockchain ventures – as any good consultant is. Having worked on Wall Street for 10 years, he has the financial background to make pointed and insightful commentary on the market.

Mark Lynd is an expert in AI, cybersecurity, and blockchain, and it shows on his social profile. Having worked in tech since 1996, he has over 20 years experience in the industry and can understand where blockchain can be applied.

David Gadd is another blockchain consultant, and his daily insights into the market are invaluable. With 15+ years in tech and a certificate from Oxford in blockchain, you can bet he knows the practical and theoretical aspects to the technology.

First a professional forex trader, Yagub Rahimov became an early adaptor to blockchain tech and hasn’t stopped talking about it since. His marketing and news brands focus on FinTech companies and ICOs. On social, he offers professional analysis on crypto market trends.

Crypto Bobby is an influencer and enthusiast – with 144k subscribers. As a self-described average dude, Crypto Bobby’s channel is completely dedicated to crypto news and analysis.

Ian Balina is a crypto investor and ICO advisor. His YouTube channel has video content from regulation commentary to crypto analysis and highlights on blockchain in Africa.

Patrick Wieland has over 50k subscribers and has filmed videos ranging from stock market commentary to live crypto trading.

Founder of Dealer Associates, Tim Draper is a venture capital investor who correctly predicted in 2014 that Bitcoin would pass the 10k mark in three years. It did so at the end of 2017.

In an industry dominated by men, Maria Jones makes it clear that women can be involved in the crypto revolution too. It’s no surprise that the Vice President of CoinTelegraph has amassed 507k on Instagram alone, where she displays the high-life crypto experience.

Armando Pantoja is a tech entrepreneur that loves to give quotes and show off the good life to his 53k followers on Instagram. His feed isn’t just focused on crypto but business principles as well.

It’s no surprise that Steinberg has amassed a following of over 24k on Instagram. He’s a well-known tech influencer and cybersecurity thought leader. You’ll find fun behind-the-scenes and conference photos on his Instagram account.

As the handle might suggest, Tony Thomas is passionate about ETH, but he is also a general crypto enthusiast.

Crypto Sally’s account is exclusive, meaning that you have to request to be a follower. She offers photos about crypto and lifestyle tips.

The Rest of the Crypto Influencers

These 20 individuals represent just a small selection of crypto influencers. Some you may love while others you can’t stand. Our hope is that you start with this list, and expand your horizons to find crypto influencers that are best suited to your personal taste. The more opinions you expose yourself to, the better off you’ll be in the wild world of crypto.