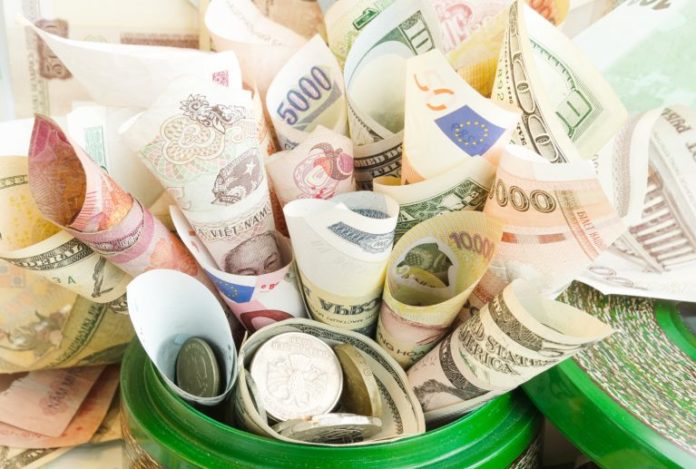 Twenty-three leading central banks participated in an in-depth survey on their digital currency developments and requirements, including fungibility, convertibility, and availability. They also discussed the timeframe for issuing consumer-ready central bank digital currencies and divulged their greatest concerns about implementing them.

The First CBDC: When and Where

The OMFIF, the Official Monetary and Financial Institutions Forum, is an independent think tank for central banking, with a focus on economic and monetary policy, asset management and financial supervision and regulation. The organization published a 36-page report this week on retail central bank digital currencies (CBDCs), commissioned by IBM. Entitled “Retail CBDCs: The next payments frontier,” the report encompasses an “in-depth survey of officials from 23 central banks in advanced and emerging economies,” the OMFIF explained.

The central bank survey, which was conducted between July and September, “projects that the first CBDC will be produced within five years in a small economy and respond to a specific policy objective with a well-defined use. The OMFIF added that a number of central banks worldwide are seriously considering developing and issuing a consumer-ready CBDC, which is likely to require some form of public-private partnership. The report elaborates:

We are likely to witness the introduction of a central bank – that is fiat – retail digital currency within the next five years, either as a complement to or as a substitute for notes and coins.

As for which country will be the first to issue a central bank digital currency, the OMFIF asserted that “It is improbable that the first such issuance will come from a G20 central bank; it is considerably more likely to be launched in a smaller and less complex economy in response to a specific policy objective and use case.”

A number of G20 countries are exploring how they can issue CBDCs, with some closer to doing so than others. Some people believe that China will be the first country to issue one since the head of the PBOC’s digital currency research institute said in August that it was “almost ready.” However, PBOC Governor Yi Gang clarified in September that there was no timetable for its rollout, emphasizing the need for further research. Moreover, a cryptography bill was recently passed in China after President Xi Jinping made a bullish speech about blockchain technology.

The OMFIF surveyed 13 central banks from advanced economies and 10 from emerging markets. Among respondents, 69% revealed that “providing an alternative to cash and other payment instruments” was their main motivation for exploring the development of a central bank digital currency. 62% believe that CBDCs could improve cross-border payments which are currently still cumbersome, expensive, and slow, unlike domestic retail payments which have become fast and efficient. The report details:

CBDCs should be available offline and function wherever cash is currently used, with 73% of respondents requiring CBDCs to be available under all circumstances. More than 20% prefer decentralised systems to improve resilience.

Among the central banks surveyed, 69% “identified CBDCs’ ability to foster trust in monetary authorities and the financial system as their key strength,” the report describes, noting that they are not explicitly concerned about private sector digital challengers. Respondents also believe that “CBDCs must be fully fungible and convertible to and from fiat currency to solve frictions in end-to-end payments and remittance networks” and should “have a disaster recovery plan, especially in jurisdictions where there is a higher frequency of weather-related power outages or network connection issues.”

Meanwhile, 29% are concerned about the potential impact of implementing CBDCs on financial stability, with almost 45% suggesting that “there would be a risk of reduction in commercial bank money and functions in the monetary system.” However, 83% felt their role would not change significantly. The report further reveals:

82% said their greatest financial stability concern from CBDC implementation was the risk of digital bank runs happening at a higher speed than before.

In addition, 50% of respondents “expressed distinct concern about the possibility that a material change could occur in the market structure and stakeholder profile,” emphasizing that “This may result in the widespread use of decentralized, private digital currencies as an alternative to public money.” 64% of respondents said that “outsourceable ‘intermediation’ functions, such as customer onboarding, would be important for CBDC implementation.” The OMFIF also noted that, based on the survey results, they “do not envisage privately-issued digital currencies gaining significant traction or acceptance in a universal context, although there may be closed private networks in which they operate.”

Do you think central banks should issue digital currencies? Do you think China will be the first to issue one? Let us know in the comments section below.

Images courtesy of Shutterstock and the OMFIF.

The US recently added 128,000 new jobs in October 2019, which seemingly resulted in significant growth of the stock market...