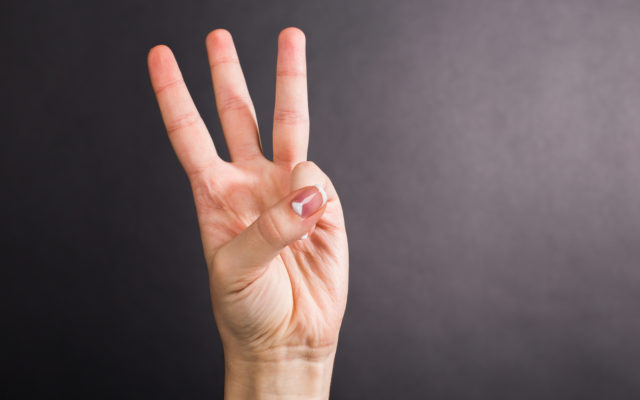 Bitcoin has returned to the limelight in 2019 after rebounding by more than 260 percent from its cycle low of $3,126.88. The recent 30% correction however, has got everybody questioning ‘is now still a good time to buy?’. Here are 3 reasons why bitcoin is not out of the race just yet.

The leading cryptocurrency by market capitalization settled a new year-to-date high of $13,868.44 in June, bringing its maximum gains up by more than 275%. While a substantial correction to the $9,651 level ensued, bitcoin still managed to sustain its previous upside momentum by climbing back above the $11,000 level during the Asian session today.

The price action noted across the course of the previous three months shows a surge in bitcoin trend. Bitcoin’s bullish bias has further improved on the sidelines of a gloomy macroeconomic outlook and chest-thumping fundamentals, within the cryptocurrency industry. Here is the list of three crucial factors that have positioned bitcoin for a massive bull run this year.

The pool of government debts with negative yields has pushed beyond $13 trillion following a dovish outlook in both the US and Europe. The recent SWOT Analysis found that 40 percent of global debt is now delivering a negative yield, which is a very profound shift. Government bonds in Sweden, Switzerland, and France dropped below zero for the first time. 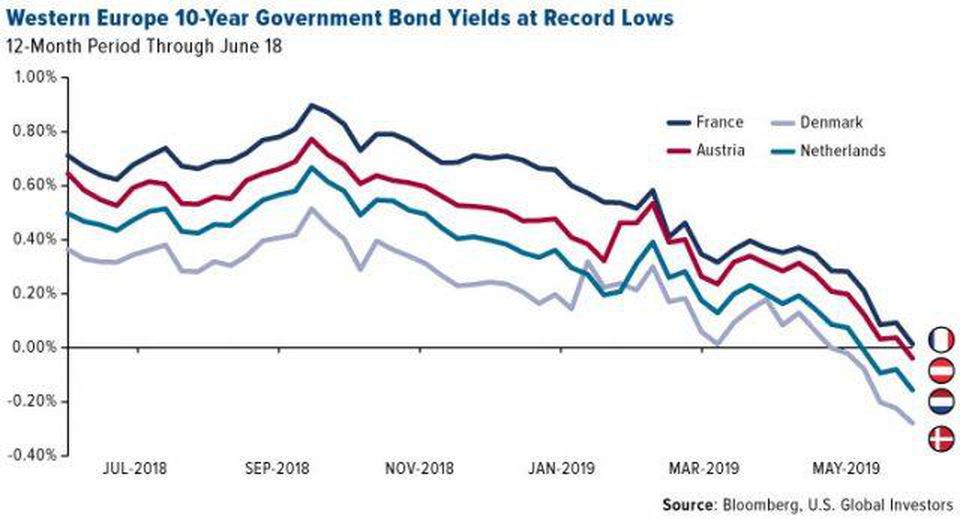 At the same time, Jon Hill of BMO Capital Markets predicted that bond yields in the US, which touched its historic low following the Federal Reserve’s decision to cut interest rates, is now set to go below the 1 percent level.

If we’re in a world where the Fed is seen as returning to the zero lower bound, and then starting another QE program, that could easily be enough to push 10-year yields below 1%,”

Gold’s rise to its six-year peak in June is reflective of the gloomy mood in the global debt market. At the same time, bitcoin, which exhibits the commercial properties of the yellow metal, surged higher on the news. That explained that investors are looking outside their usual strongholds as they seek for assets that provide at least decent returns.

Singapore sovereign wealth fund GIC said on Tuesday that it is cautious about the investing in bond markets. The region’s most significant investor borrowed its pessimism from the ongoing US-China trade war, saying the political struggle between the two economies is preparing their fund for lower returns in the coming fiscal quarters.

“We are more concerned compared to last year because the developments over the last 12 months have been more negative than even what we were thinking about,” CEO Lim Chow Kiat told Reuters.

One reason for the rise in BTC price may have to do with the the trade war between the US & China. A second is that the US Democratic Party continues to shift to the possibility of a wealth tax. Third, Facebook is now launching a new cryptocurrency, Libra. https://t.co/1jFImJPHKM

While significant funds like GIC are planning to diversify their investments in Vietnam, one of the biggest beneficiaries of the US-China tussle, small investors are looking into more open markets like bitcoin. Garrick Hileman of the London School of Economics observed a strong inverse correlation between Chinese Yuan and bitcoin. The researcher believed that traders in China are hedging their capital in bitcoin until trade tensions come to ease.

“This is not the first time we’ve seen significant increases in the value of bitcoin taking place alongside yuan concerns,” Hileman told SCMP. “We also continue to see growing recognition of bitcoin as ‘digital gold,’ and it is used as a hedge against various macroeconomic risks.”

A sign of progression between the US and China during the recent G20 Summit in Osaka on Friday coincided with a 3 percent downside correction in the bitcoin market (which later ballooned by up to 19 percent). But, according to Thomas Lee of Fundstrat, such a positive development on a macroeconomic scale does not hurt the cryptocurrency’s overall fundamentals.

After pullback from $14k to $10k (which TA @rsluymer expected and was textbook Fibo), Bitcoin seems to be OK with developments. pic.twitter.com/dI7V8qbRCY

Prominent market analyst Alex Krüger reminded some of those bullish factors in a tweet today, highlighting the bitcoin’s upcoming halvening event and the hoarding sentiment of miners among them.

Reasons why bullish BTC despite the blow-off top: 1. Big buyers out there; 2. Retail not yet participating; 3. Institutional on-ramps about to come online; 4. Macro narratives catching on; 5. Real LT positive macro backdrop; 6. Miners hoarding on the way up; and 7. Halving countdown.

Not to mention, the entry of big financial firms such as TD Ameritrade and Fidelity Investments into the cryptocurrency space is also assisting the bitcoin’s bullish case.

Do you think Bitcoin is heading for massive growth over the rest of 2019? Let us know your thoughts in the comment section below!

The post 3 Reasons Why Bitcoin Could Explode over 2019 appeared first on Bitcoinist.com.

The Binance Charity Foundation has announced that it will create a stablecoin which will aid one million women to gain...