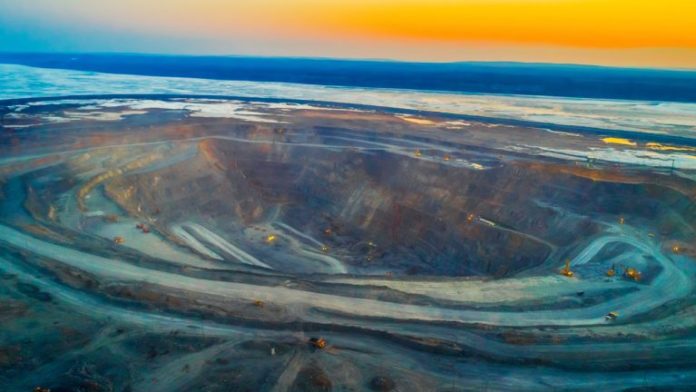 News of the discovery of approximately 40 million troy ounces of gold in Russia’s Siberian region is likely to boost the profitability of the country’s biggest gold producer, while adding to the supply of the “scarce” resource. Reports say the Polyus owned the Sukhoi Log contains 540 million tonnes of ore, which translates to an average of 2.3 grams per ton. The reserves, which will account for a quarter of Russia’s gold stocks, are likely to generate $76 billion in revenues for Polyus when using current prices.

How Bitcoin Compares to Gold

Although the Sukhoi Log announcement adds to the proven reserves and stocks of gold, it is unclear how this will affect the metal’s price in the immediate to short term. However, gold which has traditionally been used as a hedge against inflation is likely to grow in value as the money supply increases. The precious metal behavior contrasts with that of bitcoin, an asset that appears to exhibit an inverse relationship between its circulating supply (or stock) and its price.

With about 18.5 million coins–out of the total fixed supply of 21 million–already mined and circulating, institutional investors hold nearly 4% of that, according to bitcointreasuries.org. However, as more institutional investors join the bandwagon of corporations buying bitcoin, the resulting supply shrinkage will help the price of the digital asset to surge even further.

To illustrate, right before Square Inc acquired 4,709 bitcoins for about $50 million, the digital asset was trading at around $10,500. However, between Square’s bitcoin purchase and the period following Paypal’s big announcement on October 22, the value of the coin surged to a fresh high of $13,300. At the time of writing, bitcoin is oscillating around $13,000. For Square Inc, this means in less than one month, its bitcoin reserves have grown in value from $50 million to more than $61 million. Grayscale and Microstrategy, which have also acquired significant quantities of the bitcoin, have similarly seen their reserves grow in value.

Meanwhile, the increasing regulatory clarity on digital assets means more large corporations will likely acquire bitcoin thus making it even more scarce. For bitcoiners, this endorsement of bitcoin by larger investors as well as its subsequent surge in value vindicates their long-standing argument that this new asset outperforms gold when it comes to preservation of value. Furthermore, this narrative is getting support from a growing list of studies that say or rank bitcoin as a better store of value and inflation-proof asset than gold.

Documentary Support for the Alternate Store of Value Narrative

News.Bitcoin.com has previously reported on a Bistamp study which concludes that bitcoin trumps gold because it performs well even in times of rising real interest rates. Gold seems to perform better during inflationary periods. Similarly, Fidelity Digital Assets has written a two-part bitcoin investment thesis wherein it discusses key attributes of the digital asset that are alluring to institutional investors. These studies (as well as many others) acknowledge the importance of bitcoin’s fixed supply in charting the trajectory of this digital asset.

Therefore when Polyus made its surprise announcement, bitcoiners expressed delight at this latest validation of bitcoin position as the best investment asset. For instance, on Twitter, users took turns to express their sentiments. One Twitter user named Crypto Clint writes:

“Lol… Who said gold is scarce. The ocean is full of it. There are a lot of unexplored areas on earth. Bitcoin on the other hand.” Many other users agree that Polyus announcement is good news for bitcoin. Given its properties and the underlying technology, the digital asset is looking more scarce than gold and thus more valuable.

What are your thoughts about Polysus’ new gold find? Tell us what you think in the comments section below.

Bitcoin market sentiment fared an extremely bullish setting last week as traders/investors assessed the foray of big firms into the...