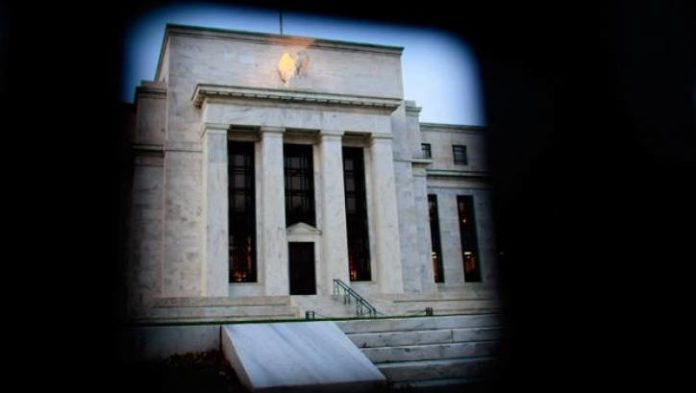 Bernanke’s position ends 31th of January 2014, as Bernanke likes to call “head of the central bank” together with his Federal vice chairwoman Janet Yellen; Lawrence Summers, who served as U.S. Treasury Secretary under President Bill Clinton from 1999 to 2001; and his vice chairman Donald Kohn, from 2006 to 2010. Although, whoever takes over the position of Federal Reserve, will be facing huge issues, that will lead to the economical outcome and stability for future. Regulation and control of the financial system

New York Fed recently stated in The Risk of Fire Sales in the Tri- party Repo Market: “no established tools currently exist to mitigate the risk of post-default sales”. The new Fed chair could make a significant change and influence on the problems remaining, depending on the new Fed chairs view of the need for regulatory supervision. Another regulatory issue might acquire as well for new Fed chair. Electronic money, such as Bitcoin, which is currently spreading its popularity around the world, is going to need its regulation in the US and with international market, as the global economy continues to develop.

In order to make the right regulations, monitoring the financial system is very important. When financial crisis hit, Fed officials were unprepared for it, because they were not monitoring the financial system and missed the time when problems acquired and developed in the financial sector. It is very important that new Fed chair will be able to control and predict the problems of financial system and not let the same mistake happen, as the previous Fed officials not having enough information to fight the crisis. Improving communications The Fed officials has had a lot of difficulties with communicating, therefore effecting on instability o financial markets. Janet Yellen has been promoting this problem to improve the Fed’s communication with the public, but it has not been that successful. Although, there has been some growth, such as forecast of the Federal Open Market Committee members, its monetary policy panel and its consensus forecast. But communicating about the questions regarding that forecast in relation to its future connection with federal funds rate and the degree of quantities easing, has failed. New monetary policy rules

The Fed has decided to use a new monetary policy system known as “pure inflation targeting”, which in theory states that it stabilizes fluctuations in GDP (gross domestic product) and employment. Using this monetary policy, Feds planned to stabilize the inflation rate around its target value, which is usually 2 percent. However, Feds has disagreements with financial crisis cast, who doubts this particular policy systems success. When the interest hits the zero lower bound, it makes standard Fed policy procedures fall into problems in severe recessions. There are other policy procedures that are brought up to consider as a replacement, such as nominal GDP targeting or higher inflation target. Both of these monetary policy systems has its advocates. Moreover, even if Feds solve the problem with monitoring and therefore can oversee increasing financial stress, there are still such problems to solve, as how to react on the emerging bubble in the financial market and how to deflate it. Most likely those changes in Fed policy will cause a lot of discussions about both normal times and severe recessions. New Fed chair will definitely have to be a lot more knowledgeable about the academic theory regarding these issues. The direction that the Fed chooses will be highly dependent on the Fed chair’s views on these matters. Maintaining independence

As it is known, US has long- run debt problems, which is responsibility of Congress, but that issue might turn to the Fed and increase pressure from lawmakers to monetize the debt and printing money to buy back debt, which might cause inflation. Public will blame the Fed, therefore saving Congress from decisions on how to balance the budget and take the responsibility of this subject off of Congress. The Fed’s independence is provided by Congress and is not stated by the Constitution, therefore, it is vulnerable. It is important for Fed chair to prove to Congress that it is consequential for independence from the political process to be supported.

Structural reform of the system

During the financial crisis, there was a lot of public dissatisfaction on the opinion that the Fed was paying more attention on bankers on Wall Street, rather than unemployed people.

Senator Bernie Sanders of Vermont has been trying to reform the system, so that bankers do not have influence on the monetary policy committee. He suggested changing the way Fed reserve bank presidents are chosen. He has also stated that his effort to reform the system has been far from success.

There are also other problems, which the new Fed chair would have to deal with and take action. Since the Federal Reserve System was established, the population distribution in the United States has changed remarkably and not the best possible way. The system needs to be balanced across the regional Federal Reserve banks. The issue promoted by Senator Bernie Sanders about the structure of Fed officials will most probably be brought up with the next Fed chair’s term. Leader of Federal Reserve bank will need a president familiar with history of the Fed, the economics, its politics and a deep understanding of the institutional structure.