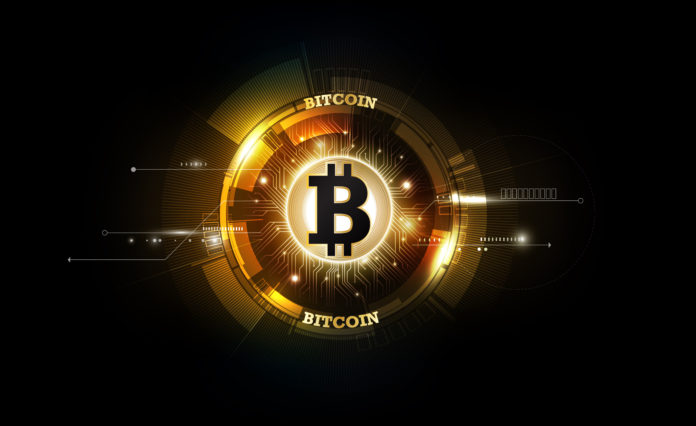 If you’re into cryptocurrency, you’ve heard of him: Satoshi Nakamoto. He is the inventor of Bitcoin, a multi-billionaire and the genius behind blockchain technology. But his name is just a pseudonym! But there are many arguments that behind the fake name of the computer scientist Nick Szabo.

Rich, ingenious and influential. That and more is Satoshi Nakamoto, the man or woman behind the cryptocurrency Bitcoin. His mind sprang from a digital currency that shook banks in power, transcending national boundaries, and could change the blockchain technology that could change all industries. Nakamoto owns a total of 980,000 Bitcoin – a fortune of over six billion euros. But who is the person behind the pseudonym? So far there is no clear answer. Is Nakamoto a man, a woman, a whole bunch of programmers or maybe even an extraterrestrial Artificial Intelligence? For years, fans of cryptocurrencies are puzzling and speculating.

Some people were suspected of being Satoshi Nakamoto, including a Japanese physicist, cryptographer Hal Finney, mathematician Shinichi Mochizuki, and programmer Craig Steven Wright. For almost all candidates, there are good arguments. However, more and more evidence points in the direction of a computer scientist who was working on a digital currency long before the Bitcoin whitepaper came into being. His name: Nick Szabo. However, the celebrated in the crypto scene as a genius scientist is almost as inscrutable as his presumed alter-ego.

Who is Nick Szabo?

The computer scientist Nick Szabo has many interests, that’s for sure. As early as 2005 Szabo runs a blog in which he deals at irregular intervals with the origins of currency, national and international economics and also cryptography. On Twitter he shares and comments on the price of gold, inflation and the general political discourse culture. On the other hand, he never writes about himself and private affairs. In fact, hardly anything is known about Nick Szabo man. Even his age could not be revealed to date. What he looks like is only known from a video by the insurance group Swiss Re and further lecture and interview recordings on YouTube.

Significantly more is known about Nick Szabo’s work. Already in 1998, he had devised a model for a digital currency called Bit Gold. He described how a decentralized cryptography based currency should be built ten years before the Bitcoin whitepaper. Both currencies are based on the same findings, considerations and methods. However: unlike bitcoin, bit gold has never been implemented.

Nick Szabo’s motivation to design such a currency: he wanted to prevent money from being misappropriated. And that is only possible if the public has control over the currency and every transaction – not a bank or nation.

Szabo wanted to create with Bit Gold so a way to handle transfers without a middleman. Movements of money should take place without a bank and only from person to person. What Szabo did not manage with Bit Gold, however, was to solve the double-spending problem. This is the question of how to prevent a digital coin from being issued more than once. Otherwise such a digital currency would not be suitable as a store of value. Only with the Bitcoin this problem could be solved.

Likewise, in 1996 Szabo anticipated the idea of ​​smart contracts. So automated contracts that run on the Blockchain and were mainly known by Ethereum.

Nick Szabo worked as a consultant at eCash Technologies in 2005 – later DigiCash -, a company that wanted to facilitate cashless and above all anonymous financial transactions. After Bitcoin became a success, he worked for the start-up Vaurum or Mirror.co, which was to become a better Mt.Gox. Today, however, Szabo is co-founder of Global Financial Access, which claims to be “helping people access their assets around the world”. Since 2016, investors from all over the world have invested several million in the company. Otherwise, just as with its founder, little is known about the company.

Why Nick Szabo could actually be Satoshi Nakamoto?

Although the true identity of the Bitcoin inventor is still unknown, there are a number of indications suggesting that Bitcoin and Bit Gold were devised by the same person. And even if Szabo vehemently denies being Satoshi Nakamoto, some facts and overlaps can not be denied. We have collected six arguments that suggest that Szabo really invented Bitcoin.

It seems that bitcoin has come from one day to the next – someone put a computer science masterpiece on the net. But that’s not the case: rather, Bitcoin seems to have been the result of a long process. It is therefore very likely that Satoshi Nakamoto is someone who has spent a long time studying electronic money. This is definitely the case with Nick Szabo.

2. Nick Szabo and Satoshi Nakamoto did not sign emails

Numerous concepts later expressed in Bitcoin were debated and elaborated in the Cypherpunk community – a loose group of developers, scientists, and activists connected through channels such as Usenet, mailing lists, and forums. Among them was Wei Dai, who used b-money to devise a hypothetical cryptocurrency that has many principles that define Bitcoin today. And Adam Beck, whose anti-spam mechanism Hashcash represents the basis for the mining. With Hashcash, Beck proposed a proof-of-work principle for the digital space: that is, to pay for sending an email, mining a coin, or confirming a transaction with a computing power. Also there was Hal Finney, another self-proclaimed Cypherpunk and former PGP developer who devised the RPOW token system and took pleasure in Szabo’s Bit Gold. Finney suggested he help with the implementation.

Satoshi Nakamoto later wrote in his forum bitcointalk.org that he drew his ideas from among others that Cypherpunk community. Bitcoin is an implementation of Wei Dais b-money and Nick Szabo’s Bit Gold – the latter is not acknowledged in the whitepaper. Both Wei Dai, Adam Back and Hal Finney had regular contact with Nakamoto during development and also after the release of Bitcoin. Not only Nick Szabo – even though many of his ideas became reality in this project. Szabo therefore admits – despite his denial of Nakamoto speculation – that there is “a lot of parallels” between Bit Gold and Bitcoin, and he understands that “looks strange to a lot of people.”

Hal Finney has publicized some of his private emails with Satoshi Nakamoto. Interestingly, Nakamoto mentions that he has used his initials in his Bitcoin passkey: NS. But actually, the initials of Satoshi Nakamoto: SN. Possible counterargument that remains: Nakamoto is a Japanese and in Asia it is common to name the surname first.

When looking at Nakamoto’s forum posts and emails, however, his language vocabulary and vocabulary are striking. He writes almost flawless, with a correct punctuation and makes use of phrases and phrases that use mainly native Americans. So it’s unlikely that Nakamoto learned English as a foreign language. Although Nick Szabo has Hungarian roots, he was born and raised in the United States and holds a doctorate from the University of Washington. Yes, the letter wheel in the initials is certainly a scant clue – but it’s one of many.

4. Did Nick Szabo get support from Hal Finney?

Maybe it’s simply true, as Nick Szabo keeps saying: he’s not Satoshi Nakamoto at all. But perhaps he makes use of a subtlety in his denial: Not he alone, but he and a second person – possibly Hal Finney – together have used the name as a pseudonym. At least some evidence suggests this: Szabo wanted to revise and revive his idea for Bit Gold 2008. In April of the same year he wrote about it on his blog and asked, “May someone help me to coden?”

Only four and a half months later – in November 2008 – Satoshi Nakamoto put the Bitcoin white paper online. Two months later, the first implementation of the cryptocurrency was released. At that time, Szabo retrospectively changed the date of publication of his blog entry on Bit Gold to December 2008. It apparently appeared as if he had resuscitated his idea in the wake of Bitcoin and searched in vain for help from capable developers.

Szabo and Finney knew each other already in 1993. This raises a crucial question: why should Finney help a completely unknown character like Satoshi Nakamoto to implement a project that is inspired by Bit Gold, and not his good friend, who invented the original ? Authorized question, right?

In addition, Satoshi Nakamoto has not written his white paper in the first person. He does not write from the point of view of a single developer, but from the perspective of a team: “We suggest a solution …”, “We define an electronic coin …”, “We will show later that …” many sentences of the document.

Hal Finney was also the first to respond to Satoshi’s release of the Bitcoin code. This gave the previously unknown and ominous genius a certain sovereignty and credibility. Later, Finney became the first person to receive a transfer via Bitcoin. Satoshi Nakamoto sent 10 of the digital coins to the developer.

And there is something else. It may just be a stupid coincidence: Finney was living in Arcadia just a few blocks from a man named Dorian Prentice Satoshi Nakamoto. Ironically, the man to whom Newsweek insinuated in 2014 to be the “face behind Bitcoin”.

As interesting as what Szabo wrote is what he did not say. He was silent for almost two years to Bitcoin. He initially did not appreciate the Bitcoin whitepaper and did not seem to notice that a completely unknown person was using his ideas. Especially given the fact that Szabo had dealt with the issue for almost ten years, that’s suspicious. Even as Bitcoin gradually found an audience, it was hardly worth a syllable.

Only in 2009, the computer scientist mentions the cryptocurrency as a side note in his blog. As Bitcoin 2010 is more successful and breaks the one dollar threshold for the first time, Szabo remains calm. A year later, he appreciatively and apparently satisfied that once only he, Wei Dai and Hal Finney had believed in a concept like Bitcoin and pursued it persistently – at least until Nakamoto came. He claims that Nakamoto could well be one of the same group – Hal Finney or Wei Dai. As Satoshi submerges in 2011, Szabo begins to write more about Bitcoin and its possibilities.

Exactly these texts provide further clues that support a relationship of Szabo and Nakamoto. Because in 2014, 40 aspiring linguists at Aston University compared the Bitcoin white paper with texts by 11 people who are said to be Satoshi Nakamoto. The result? “The number of linguistic similarities between Szabo’s writings and the Bitcoin thesis paper are irritating. No other candidate also scores nearly as well. “Even if Szabo was just one of several people traveling under the name of Satoshi Nakamoto, he probably wrote much of the white paper.

6. Why does he resist the rumors?

So more evidence points to Nick Szabo than anyone else. But if he is Satoshi Nakamoto, why is he so against fame? The reasons are likely to be manifold: Alone his Bitcoin treasure would make him a target – not only by criminals, but also government agencies. Similarly, the inventor of Bitcoin would be under similar observation as Elon Musk, Mark Zuckerberg and other tech celebrities – if not more.

Had the proof been provided that Nick Szabo is the mysterious Satoshi Nakamoto, not only fame and glory would await him, but also resentment and hate. Andreas Antonopoulos, the author of the book Mastering Bitcoin drew a fitting comparison here: If Satoshi Nakamoto would be exposed, he would be similar to the Titan Prometheus from Greek mythology. He had dared to steal fire from Olympus and give it to people. An act for which Zeus punished him with eternal torments.