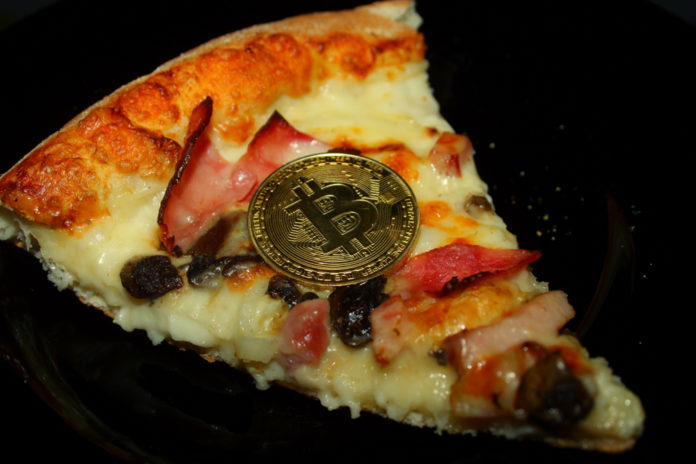 On May 22, 2010, Laszlo Hanyec bought Bitcoin for the first time in the world. This historic moment marks Bitcoin’s second birth after the Genesis bloc: for the first time, Bitcoin fulfilled the purpose of its existence as a direct, electronic means of payment.

The history of Bitcoin pizzas is as amazing as it is surprising. 10,000 Bitcoin cost two pizzas eight years ago. An amount in which today many people’s jaw pops on the floor. At a Bitcoin price of around 7,000 euros, that’s over 70 million euros today! But on the other hand one could have asked oneself at the time: “Who takes 10,000 units of this ‘Internet money’, which has no real value?”

The finding of the first prize

First, let’s take an abstract look at the market economy. As means of payment money has exchange conditions in all other goods of the economy. That is, the pretzel costs me 0.60 euros, the pudding particles 1.20 euros. Due to the high volume in the market, ie the frequent exchange of money for goods, relatively stable price levels are formed.

When Laszlo Hanyec made the first purchase, there was no volume in the market. Consequently, it was unclear how much a bitcoin was worth. Quite arbitrarily, the amount of 10,000 Bitcoin was agreed, but more is not needed for a first clue.

For all subsequent trade, the past could now be used as a basis. The real risk came from the recipient of the Bitcoins, because you could not look into the past to get over the value of Bitcoin.

Those who clap their hands over their heads and think it was a mistake, must remember that Laszlo Hanyec enters the face of Bitcoin. Both Laszlo and the Englishman, who ordered the pizzas from him in exchange, made the first, groundbreaking step for all further economic activities in Bitcoin.

Bitcoin Pizza Day is a day to commemorate the recent history of the cryptocurrency – and to eat a delicious slice of pizza.

Cardano (ADA) – Why You should Buy it Straight Away

Cardano (ADA) has been attracting a lot of attention lately, which has caused a lot of people to dig deeper...