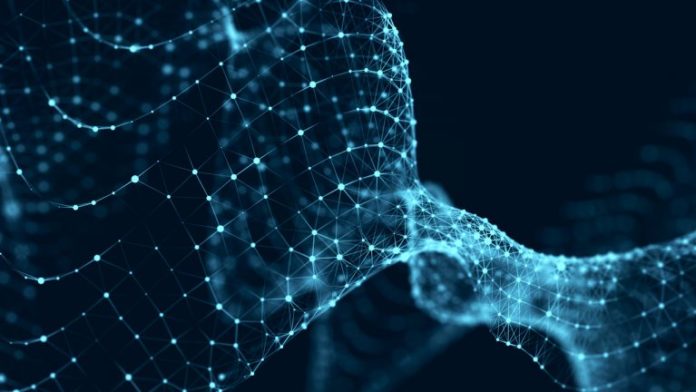 Just recently a new project called Polkadot joined the top ten crypto coin list almost immediately after the project officially launched. Today, the Polkadot network is the sixth-largest blockchain in terms of market capitalization. The blockchain is considered an Ethereum competitor by a few individuals, and some crypto proponents speculate it will be amongst the top three market caps in the near future.

Crypto proponents have noticed a new top ten crypto-challenger in the world of digital assets, as the Polkadot (DOT) blockchain has recently joined the leading ranks. A number of people never heard of Polkadot and wonder how this coin made it into the top ten so quickly.

The project was conceived by Ethereum cofounder Dr. Gavin Wood and the developer has worked on the protocol for the last four years. The project also stemmed from the initial coin offering (ICO) period and was one of three blockchain protocols (Dfinity, Filecoin) with a lot of hype behind them.

The Polkadot project’s light paper notes that the protocol is a heterogeneous blockchain.

“Polkadot is a next-generation blockchain protocol that unites an entire network of purpose-built blockchains, allowing them to operate seamlessly together at scale,” the light paper further details. “It connects several chains together in a single network, allowing them to process transactions in parallel and exchange data between chains with security guarantees.”

Essentially, any type of arbitrary data can traverse across Polkadot’s multi-chain application environment like real-world assets and tokens. Any blockchain can join the Polkadot infrastructure, which is basically an aggregated set of validators that leverage heterogeneous shards.

Heterogeneous sharding has been discussed within the blockchain development community for quite some time. Sharding is basically breaking up the workload (data) peer-to-peer nodes deal with and so nodes essentially hold their own shards of data. Every shard is shared amongst the network of nodes. Like traditional sharding techniques, the network offers interoperability between multiple chains, but heterogenous sharding allows every chain to remain unique.

There are three main parts to the Polkadot network, which include the main relay chain (Polkadot blockchain), parachains, and bridges. The parachains are made up of the heterogeneous blockchain shards and everything is secured by the main Polkadot Relay Chain.

The parachains can mint native tokens, transfer tokens, and connect to external chains via bridges. Bridges leverage Polkadot shards in order to communicate with blockchains like Ethereum (ETH) or Bitcoin (BTC). For instance, a startup called Interlay plans to create tokenized BTC product called “PolkaBTC” on the Polkadot blockchain.

“Interlay has released the proof-of-concept for a trustless bridge from Bitcoin to Polkadot: the BTC Parachain,” the Interlay team details. “Once online, users will be able to mint 1:1 Bitcoin-backed assets onto Polkadot, so-called PolkaBTC, and use these across a wide range of applications, including decentralized exchanges, stablecoins, and lending protocols.”

Under the hood, the BTC-Parachain implements XCLAIM, the only cross-chain framework that is financially trustless, permissionless, and censorship-resistant — and backed by top-tier research.

Since Polkadot was first announced a great number of people have been waiting for the project to unfold. The Asia-based digital asset fund, Spartan Black, thinks that Polkadot (DOT) will someday be a top-three market cap contender in the future.

“Within a year DOT will be top 3 market cap on Coingecko/CMC,” Spartan Black recently tweeted. The fund manager continued by saying that Polkadot was “arguably the most important crypto project since the launch of Ethereum in 2016.”

Think of it as ETH2.0 without all of the activity that Ethereum currently has yet.

With all the hype swept aside, there have been a number of criticisms against the Polkadot project as well. Tom Shaughnessy the cofounder of Delphi Digital has written about Polkadot’s promises, but also some of the project’s problems as well.

Shaughnessy highlights how Polkadot has a “rocky history” and was born from members of Ethereum, particularly Gavin Wood, itching to implement sharding right away.

The Delphi Digital executive also notes how Polkadot’s parent, the firm Parity, also had a “rocky history.” Shaughnessy also details how “voting on Polkadot could face hurdles” and “Polkadot’s council of 6–24 people (could be less or more over time) could be a centralization risk for the entire network.” News.Bitcoin.com reported on a number of Parity’s blunders during the last few years.

At the time of publication, Polkadot (DOT) is the sixth-largest blockchain in terms of market cap as the native currency trades for a touch over $4 per coin. Market data shows there is over 852 million DOT in circulation giving the project an overall valuation of $3.6 billion today.

People find value in DOT because it promises to provide significant interoperability between a number of blockchains, while also highlighting the benefits of sharding. Despite the Polkadot project being worked on for years, it was just launched and still has a long way to go to catch up with a number of cross-chain competitors. A number of crypto proponents are also not fans of sharding and they believe the process can ultimately lead to vulnerabilities.

For instance, a research paper published by Cornell University explains that the chain can be manipulated by “shard takeovers.” This means a node can be corrupted and the compromised data can lead to severe and permanent losses.

The post A Deep Dive Into Polkadot and How DOT Became a Top Ten Crypto Contender appeared first on Bitcoin News.

Any attempts from Bitcoin to secure higher price levels may fall short as long as its correlation with the US...